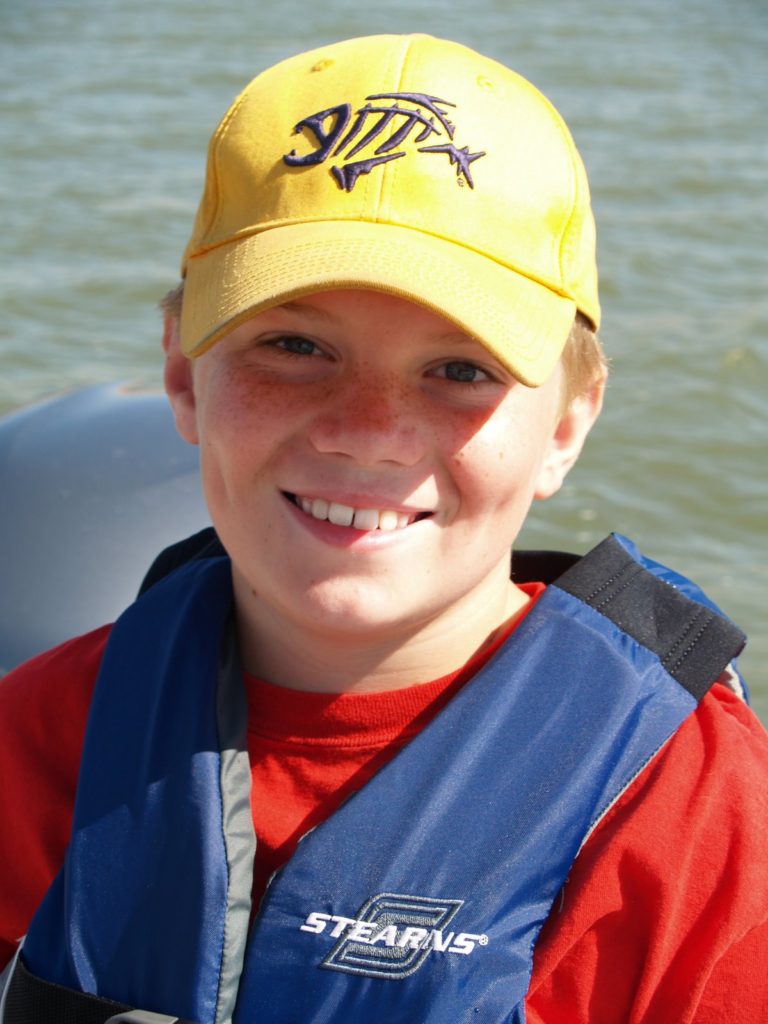 With the celebration around Father’s Day I know a few people struggling with the lack of father in their life. Each has their own story to the dad they no longer have in their life, the father that was never present, the dad that left never to be seen again, the dad that hurt them and never apologized, the father who shows up for the happy times but doesn’t help through the hard times and the stories continue with many heart-wrenching experiences.

I am grateful to have an active father in my life. But when I became a mother at age 18, I knew there wasn’t going to be an active biological father in my newborn son’s life. I prayed my son could have the most stable, loving life, despite different circumstances than I had as a child.

The first father figure my young son had in his life was my own father. And then it was my grandfather. My uncle. My cousins. My brothers. All of them stepped up to be a father-like figure to my young son. At the same time, he had my mom, sister, grandma, aunts, cousins and a load of girlfriends loving him.

My son was surrounded by love in his young childhood despite being raised by a single, college-student and then young career woman mother, me. I was rallied and encouraged by the network that loved my son and me.

But my son, Hunter, and I were alone in our apartment and then our new home for years and he craved a father, that lives with us. I tried to find that missing father figure. But I learned Hunter and I were better off alone with the love and support of the father figures like my dad in our lives.

I was empty at times with the idea that Hunter would never have a dad that lives with us in his life. I grew in my faith and had to turn over my future to trusting God had a greater plan that I couldn’t control.

Hunter, at age six, started to pray at night for “a dad that lives with us”, for a dad “like Jacob’s dad”, his classmate in our local Christian school he attended. It became my own silent prayer.

That was ten years ago.

Ten years ago this month, there was a successful pharmaceutical sales manager living in Bismarck, North Dakota. He was single. He didn’t have any plans of getting married and having kids at age 28 and was thinking maybe he just would be a bachelor with a career that would take him to big cities. He would climb the corporate ladder. He attended his ten year class reunion in the small town on the North Dakota prairie he grew up in, where his parents still lived and owned their lumberyard business. There were 16 in his class and many were home for the reunion.

Many lived close to home still. A few had left but most were married and many had children.

He wasn’t going back to his hometown to be married and raise his family like his parents had in a rural area. He focused on his corporate career opportunities and kept the idea of marriage out of his mind.

I met this man a year later, nine years ago this summer. When he came to my house for our first date with a rose in his hand for me, I gave him a strong talking to about the importance of my seven year old son in my life. If he had a problem with dating a single mom, we should not go out at all, I said. He was a bit taken a back from my bold approach I could tell but he stood right next to me, looked me right in the eye and said, “Not at all. We all have a past. Anything else you want to tell me?”

He was confident. Suddenly I felt a bit of trust in this man I just met on an airplane the week before in Kansas City.

15 months later, we were married. Our pastor suggested family vows in our wedding. Together, my husband, Nathan, son, Hunter, then age nine and me stood together to take family vows. Nathan promised to be a father to Hunter. Hunter became a son to Nathan.

I cried. God had answered my son’s prayers and filled a void in our life. 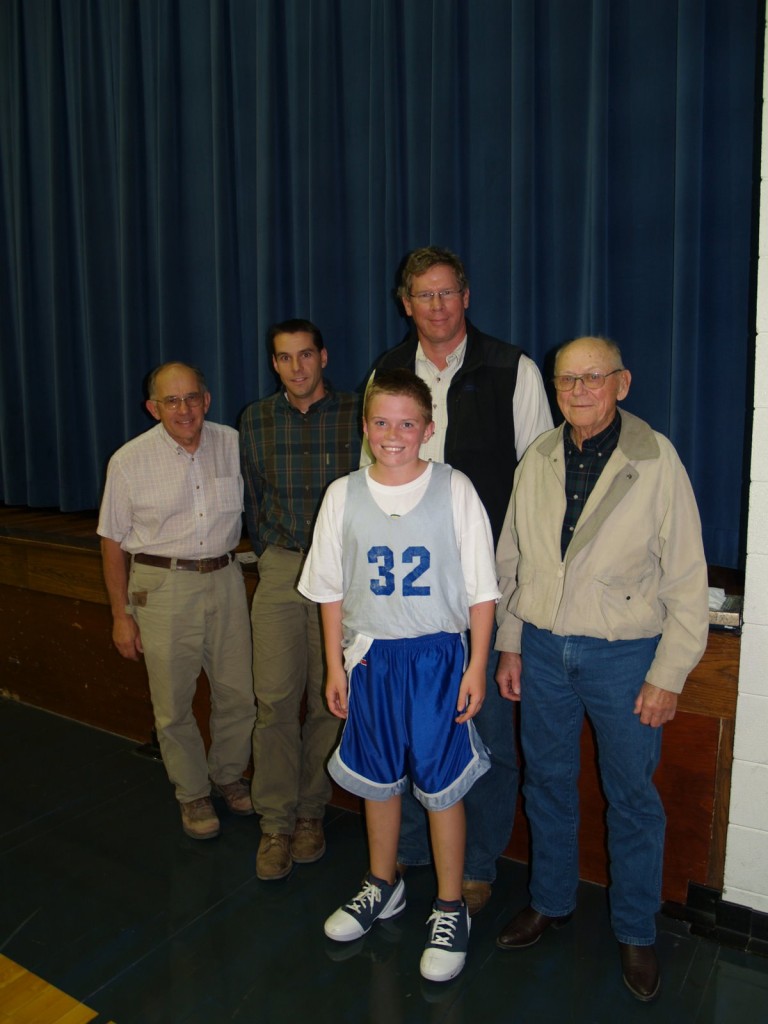 Hunter as a fifth grader with Grandpa Eldon, Nathan, my dad and Great-Grandpa Sonny

But becoming a father was not just a title for Nathan. He took on an active role with Hunter. It was not easy for either Hunter or Nathan. I learned to step back and let them develop their own relationship. They created their own experiences. Their own bonds. Their own dialogue. Their own inside jokes. They developed mutual respect for one another.

Nathan has been a solid pillar for Hunter since age nine. Eight years of observing their relationship, I can tell you Nathan has become a father he did not have to be.

Hunter has been a respectful, honorable son to Nathan. Together, they are uniqued connected. Nathan never asked him to take his name or call him “Dad”.

Hunter did that on his own in his upper elementary school years. We embraced it. 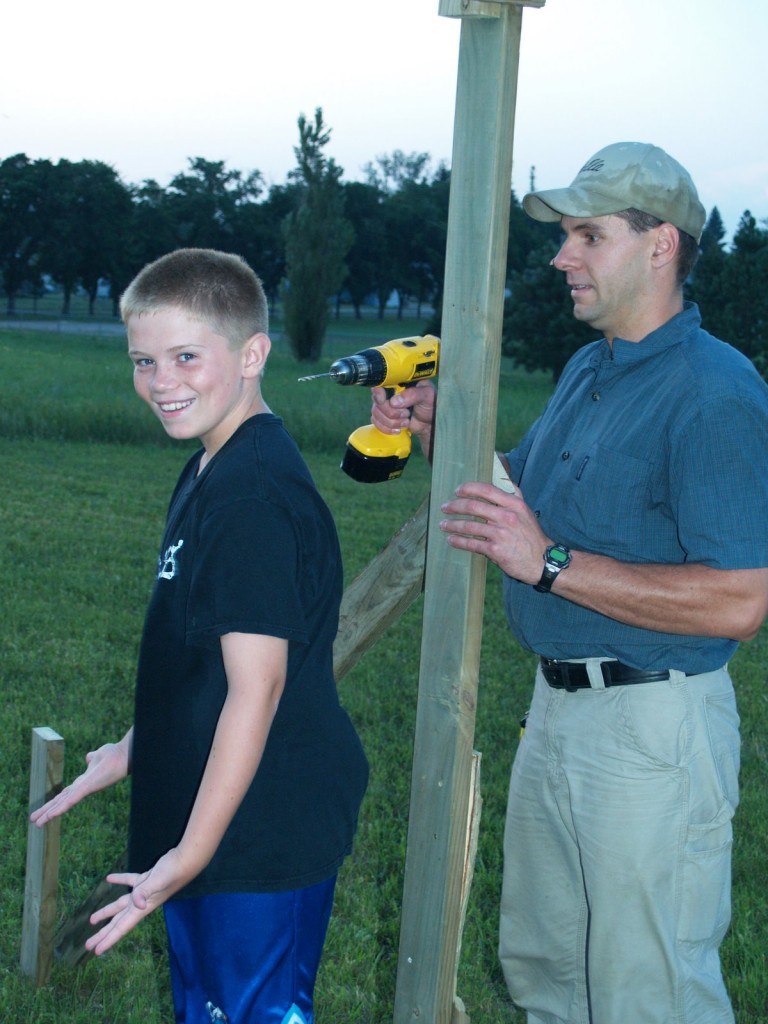 Last year, we explained to our young daughters the relationships and connection of Nathan to Hunter. I was afraid that Elizabeth, our sensitive girl would be crushed knowing “Daddy” hadn’t always been “Daddy” to Hunter and that is why Hunter is on our wedding pictures and “Daddy” is not in Hunter’s baby book.

But she smiled, embraced it and said, “Well, good thing he is his daddy now!”

He is definitely his daddy now.

We all make choices that impact us for a lifetime. We all have an opportunity to be a role model, a mentor, a father figure, like a sister or a mom, whether you are connected by a blood line or a family tree. I am grateful for the man that became the father he didn’t have to be in our family.

Nathan chose to be a dad. Hunter accepted him and is his son. 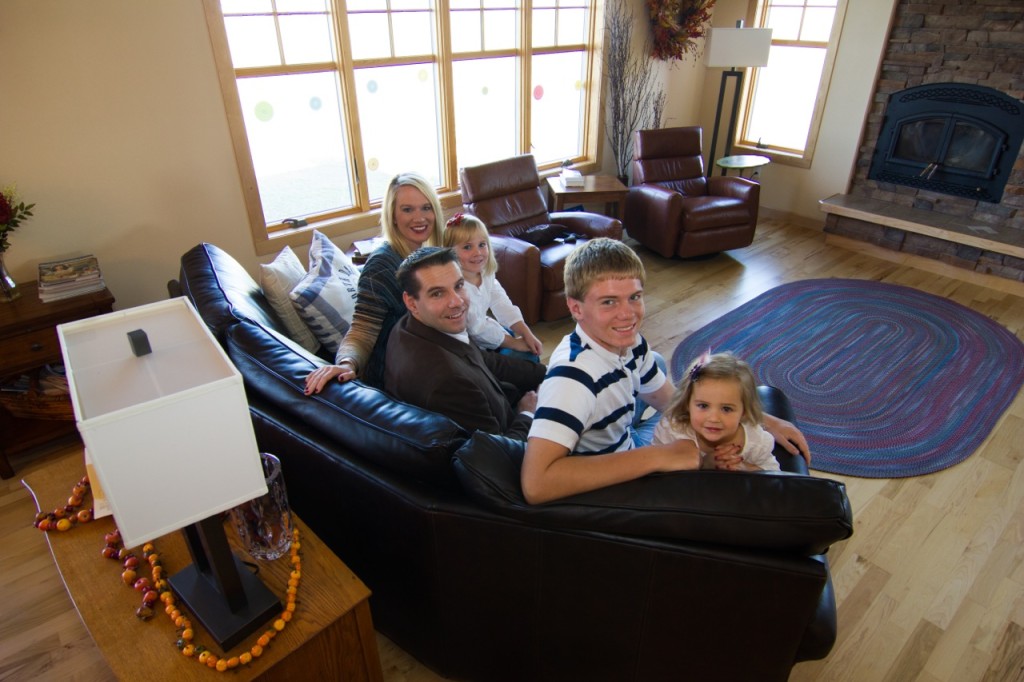 This weekend, Nathan and I attended his 20 year class reunion. He is a local now, one that didn’t travel for the reunion, a stark difference from his ten year reunion. I was proud when he walked to the reunion banquet podium to talk about Dollars For Scholars and our small town and proud of him as he shared with former classmates about our family and kids, ages 16, six and almost five.

Nathan could not have known the plan ten years ago, the plan he never thought he would want but he followed by faith, with confidence and made choices that have grown into a richly blessed family life I know he works hard for, every day and loves  us all unconditionally.

No matter where you are, whether you have a father in your life or not, take a moment to thank a mentor, a role model or a father figure this week. And if you have the chance to be a father you don’t have to be, I hope you take the chance to give a child the role model we all deserve.

What special memory do you have of your dad or a father figure in your life?