Bacon. Cheese. Potatoes. They all go together and we are fully enjoying them today for the Super Bowl. This is a recipe I got from my Pioneer Woman cookbook and I have modified it a bit to time save.
To start you will need… 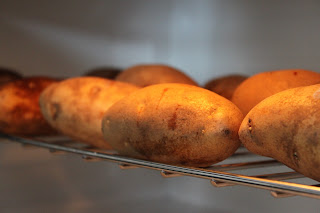 Potatoes, scrubbed clean, poke a few holes in them and put them in the microwave for 10 minutes.
Then turn them over and microwave for another 5 minutes. You should then have potatoes ready to go. If not microwave a bit longer. 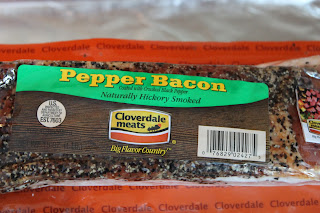 I doubled this recipe today which I often double most recipes. But one batch needs 1 lb. of bacon of your choice. I bought pepper bacon this week because it was on sale. Cloverdale is a North Dakota company and their maple bacon is my favorite. 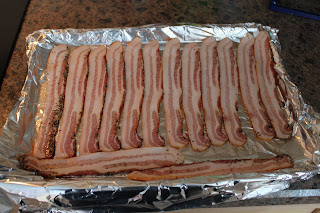 I don’t fry the bacon.
I bake bacon, a trick I learned from my gourmet cooking on the farm mother. 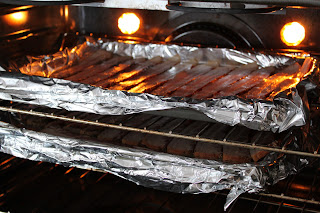 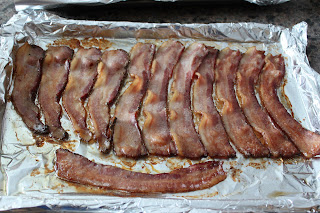 It’s crispy and ready to go. 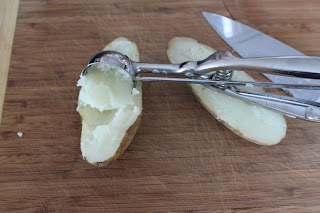 Slice your microwave baked potatoes and clean out most of the inner flesh, placing in a bowl. The skins can be placed on a cookie sheet. 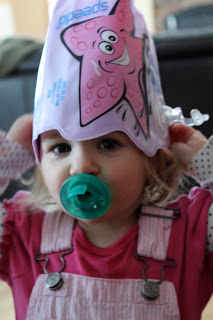 Pay attention to what your children are doing while are you cooking. 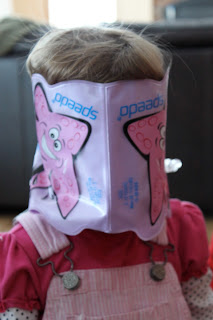 Because you don’t want your child to be walking around aimlessly with a plastic water wing on their head. 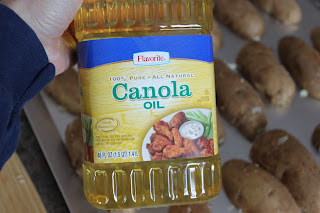 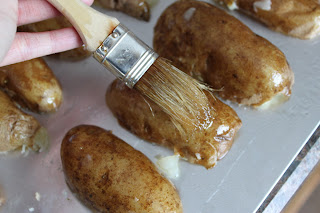 Place in the oven at 400F for about 10 minutes. They should be crispy, sizzling and slightly brown. 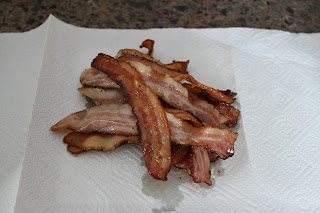 I wrap up the bacon in a paper towel to soak some additional grease before cutting it. 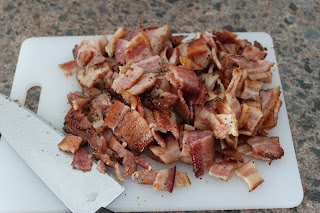 This was a double batch and I purposely have extra…a little for snitching and for additional meal this week. Cut bit size for the potato skins. 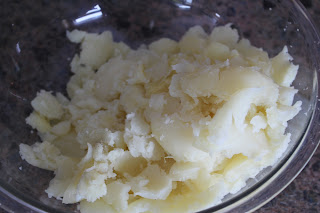 Don’t throw out your potatoes. Wrap them up and place in your refrigerator. They make yummy mashed potatoes for your next meal. 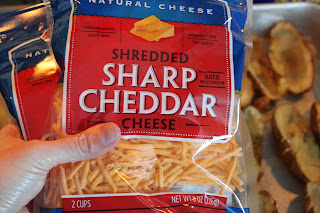 Sprinkle in Sharp Cheddar cheese in each potato skin.
Slice up a bunch of green onions. 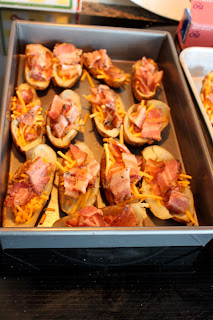 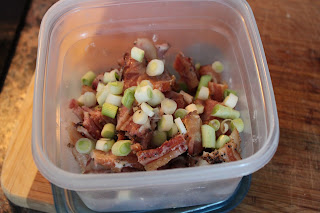 My extra green onions and bacon are set aside into the refrigerator for some early morning eggs and bacon for our teenager who is need of a large meal about five times a day. 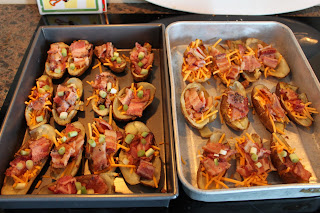 I put my batch of bacon potato skins into two 9″x13″ pans to transport to a friend’s house for a Super Bowl gathering. At their house, we put them into the over at 350F for 10 minutes just enough to melt and meld everything together. 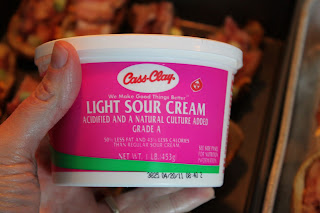 As they were served tonight we placed a dollop of sour cream on each as we ate them.
The pans are empty and the game isn’t over.
You can share your recipe and link up to Hunk of Meat Monday founder and friend, Beyer Beware. Linking up is super easy and next week I’ll get organize and have a link up for you to enter right here also. It’s easy to share your recipe and you get plenty of ideas for what to cook for your family this week.
What’s cooking at your house this week? Did you make something fun for the Super Bowl?