27 years ago today was a happy and joyous day. I finally had a sister. I had waited first for a brother. He was pretty awesome, arriving a couple of years prior. But a sister? To be my friend? To be just like me? I was overjoyed to have a sister. 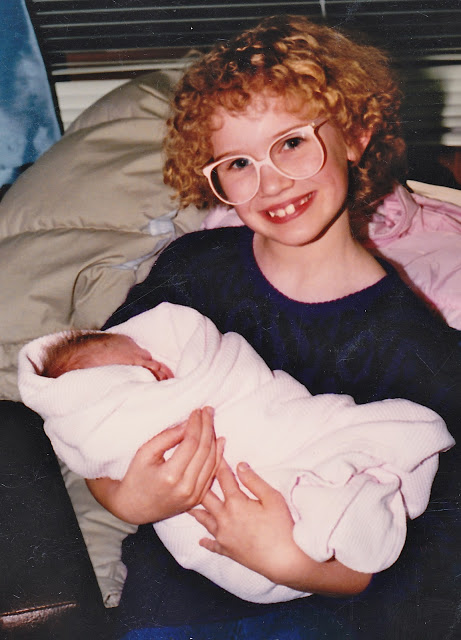 Although you probably can’t tell in the midst of the ugliest stage of my life. It’s important to keep it real around here. 1987 was a bad year for me in terms of teeth, glasses and perms! But a blessing to have a sister. She was named Kirsti Rennae. Kirsti, after our great-great grandmother who immigrated from Norway and my mom’s middle name. Pronounced Key-er-stee. And Rennae after my mom’s college roommate and who we call Auntie Rennae. 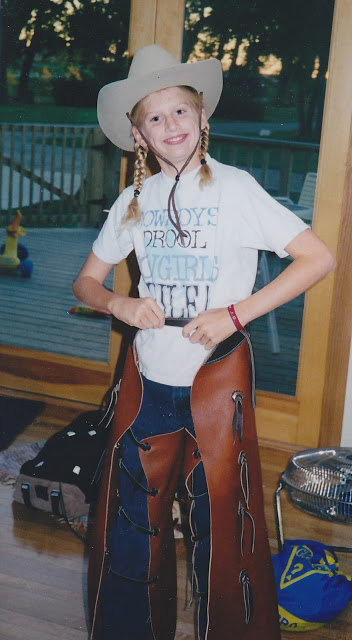 My sister Kirsti grew up, eight years my junior. And she wasn’t like me. At all. We actually are opposites in most areas of our lives. I am messy. She is neat. I am extroverted. She is introverted. I am loud. She likes quiet. I stomp. She tip-toes. I am not shy. She is soft-spoken. I am not creative. She is creative. I am not very sensitive. She is thoughtful and sensitive. (Which I may have taken advantage of in her younger years. Mean big sister, I was at times.)

When Nathan and I were dating, Kirsti was just starting college. We were opposites in all facets of life I thought. I remember Nathan telling me, “Give you and your sister five years and you’ll be best friends.”

He was right. Less than five years later, she was our nanny, living with us for a summer. We weren’t just sisters anymore. We became best friends. Since then she has become a wife with a career, living in the oil boom area of North Dakota. But this last year has been the most transformational year in my sister’s life. 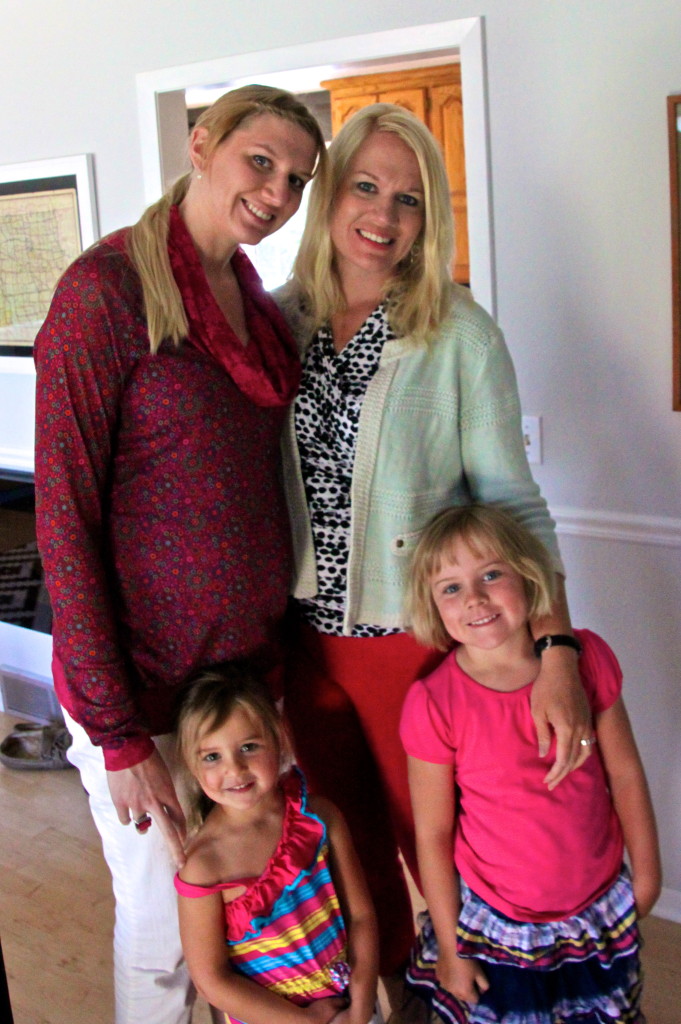 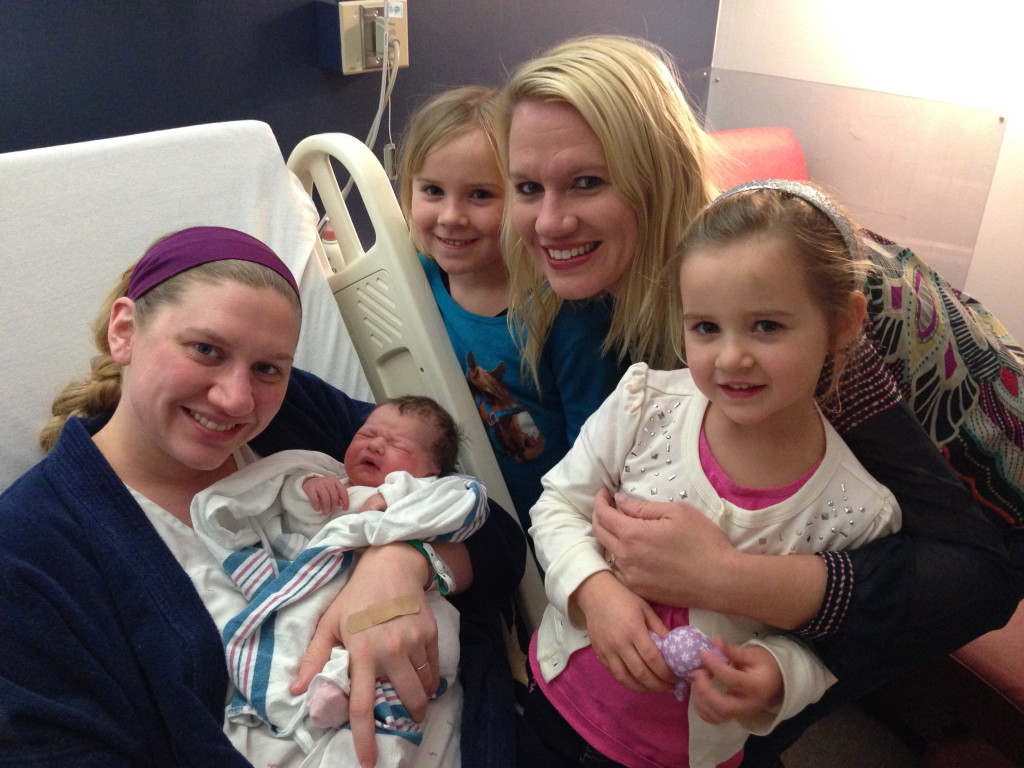 As soon as Baby Nola, named after our beloved maternal grandma, arrived, the girls and I are were speeding west to see Kirsti, Mike and to meet Baby Nola. It was there in the hospital room I had a moment to soak in how grateful I was to have the gift of a sister. 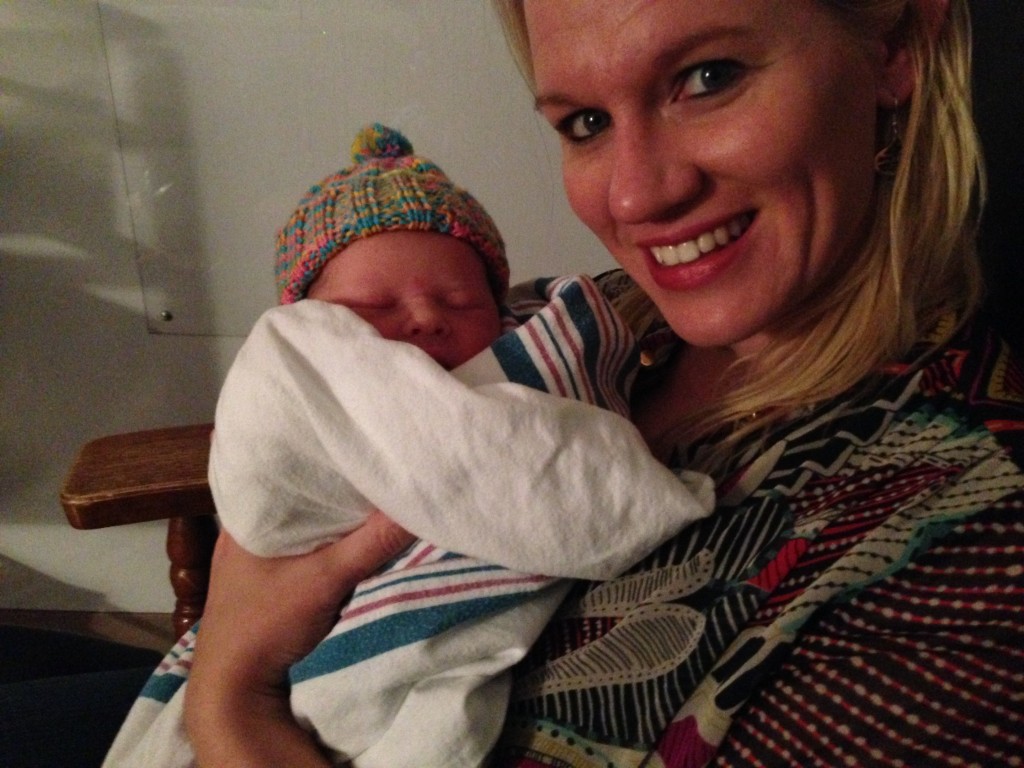 Holding Baby Nola took me back to the hospital room in 1987, to the joy and happiness I felt with Kirsti’s arrival and to the friendship Nola would bring now to my own daughters and son. 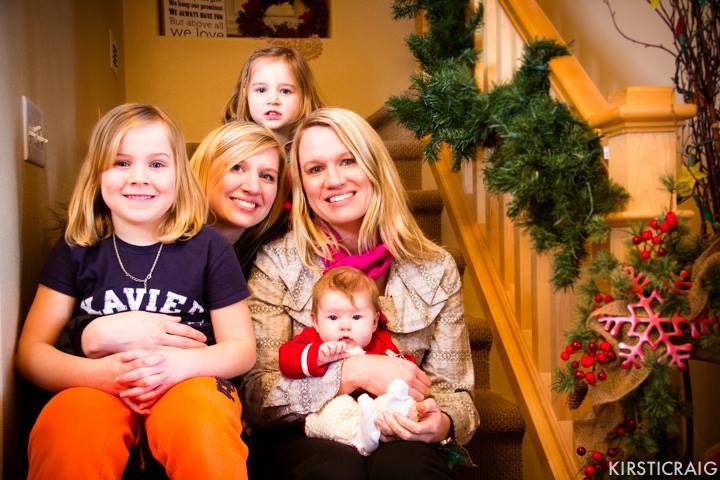 February 2014 photo: Elizabeth, Kirsti, Anika and me, with Baby Nola in my lap.

I am blessed by the gift of a sister.

Previous Post: « Do You Read Blogs To Learn About Agriculture? A Short Survey For You
Next Post: 13 Things That Make A Magical Disney Vacation »