In mid-June, one of our beloved cats, Rosy, gave birth to her first litter of kittens. She literally ran to the porch to alert me and show me where they were, which was right where I wanted her to have them. Not your average cat.

Since the cats were days old, our daughters, ages 5 1/2 and 4 have cared for Rosy and her first five and then four kittens. One kitten did not make it past day five. Particularly Anika, age four, is an animal lover. Her favorite job in the world is bottle feeding a calf with Uncle Jim.

She’s not your average four-year old. She asked for a pig two years ago at Christmas. Santa brought her a stuffed pig, on a snowmobile to appease her daddy. This year, she wants a steer to show at the county fair. Santa isn’t sure what he is doing about that request. Her daddy’s animal love usually stops at his dog but even he has warmed to Anika’s favorite kittens this summer. 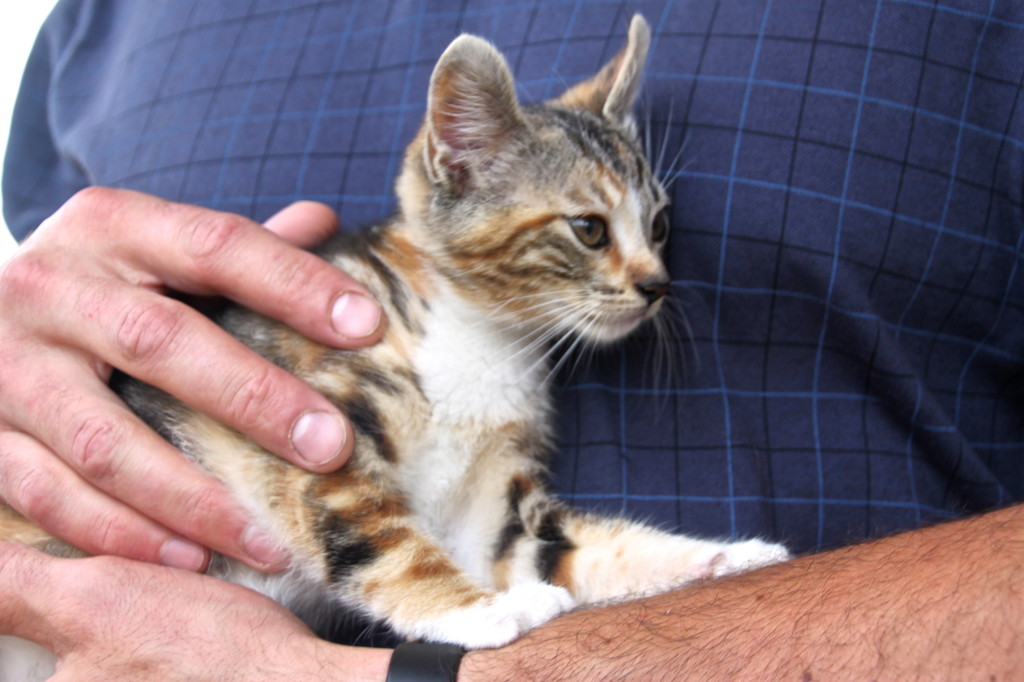 To avoid turning our home into a cat factory on the prairie, the girls have known since the beginning of the kittens’ birth they could each keep one kitten and name it. The other two were going to be shared with, Mr. B, a good friend to Miss E and Miss A. The girls decided early on which kitten they would keep at home and which two would go to Mr. B. But every day, Anika has played with each kitten equally. She purposefully named her gray kitten, “Ghost” and cared for Miss E’s “Peaches”. And the two unnamed kittens, she loved just the same.

Tonight, after swimming at our community pool that thankfully is staying open in this heat wave, I told Miss A that Mr. B and his parents would be coming to pick up the two kittens soon. She said, “Give me your phone. I need to take some pictures before they leave.” I went to grab my phone, thinking her farewell picture-taking was an excellent idea. Then, she put her head down and tears started to roll. Through her tears she said, “I’m not sad about the kittens. I’m just tired.” She was doing her best to be strong and say farewell to two of her best summer playmates. 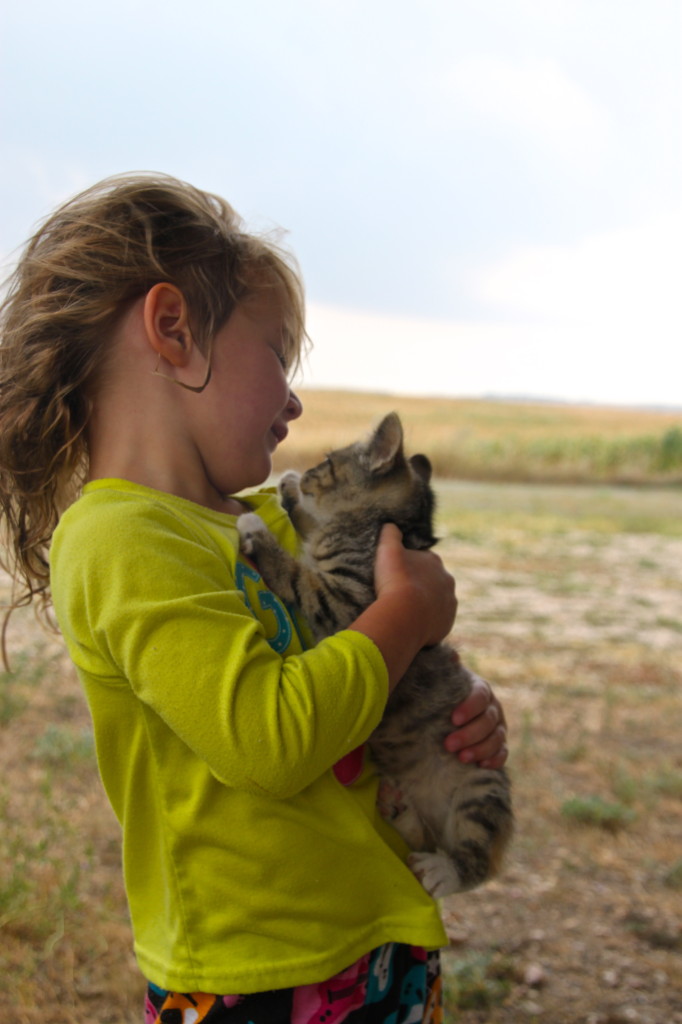 I grabbed my camera and captured a couple of Anika’s farewells to her furry summertime friends. And when I looked at them, I cried. Not because we said farewell to two kittens. They are going to good friends and Mr. B was so excited to take them home. It was fun to have their family drive away with the two playful kittens. And did I mention the whole litter are females? Yeah, we don’t need to be a cat factory on the prairie. My tears weren’t because the kittens were going to a new home. 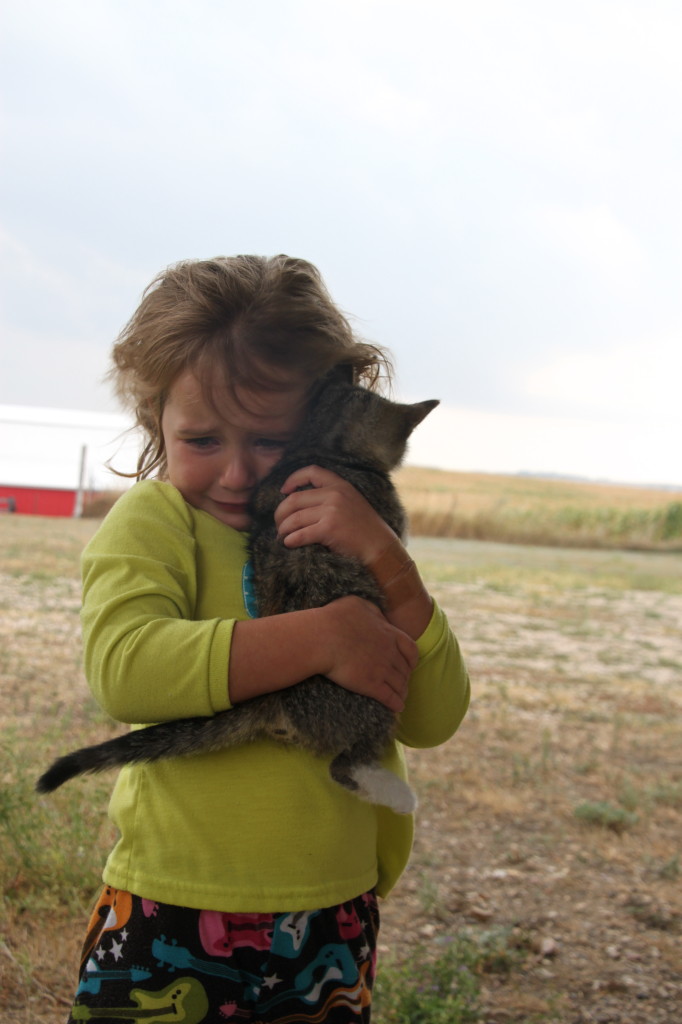 My tears were seeing and realizing just what a fabulous little chapter I am in with Anika. She learned today that saying farewell is always hard when you love someone special. Even when you knew they were leaving. Even when you know you can see them again.

My motherly patience was thin at times with Anika today. She was home with me and we worked on the letter “B” together as our own theme for the day. Mr. B was coming to pick up two kittens. We even grocery shopped for “B’s” like blueberries, bread and butter. Berna checked us out and Bill carried out our groceries. But when it came time for me to make one “B” business phone call, Anika continuously interrupted me, knowing she didn’t have my full attention. I am sure the person on the other end heard when she announced to me what she was going to do in the “B” bathroom. Classy.

In the future, I have to scale back my moment of frustration, pause and see what I saw through the lens as she cuddled kittens.

She is my “B”. My baby. Although she doesn’t want me to call her that anymore. She is another “B”. Big. She has more compassion and love in her than I give her credit for.