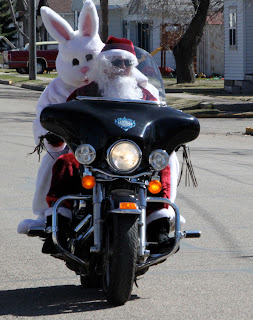 The Easter Bunny rolled into town today. It’s warm, sunny and Santa got his bike to give the bunny a ride to our small town park. The Easter Bunny and a few local helpers including Nathan and me hid 1000 filled plastic eggs around the park. The eggs were filled with candy and prizes by local nursing home and assisted living residents.
Miss E was in the quadrant for ages 3-5 and Miss A was in the age 0-2 area. I accompanied Miss A and Nathan followed Miss E. 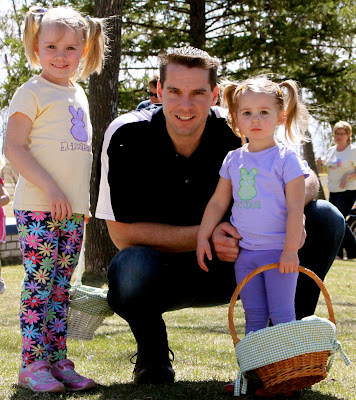 In usual fashion, Miss E was ready. Miss A followed but wasn’t sure what to expect.
Miss E was actually ready to go two hours ahead of time on the porch. (Thanks to SheSheMade for making adorable Easter t-shirts this year for the girls.) 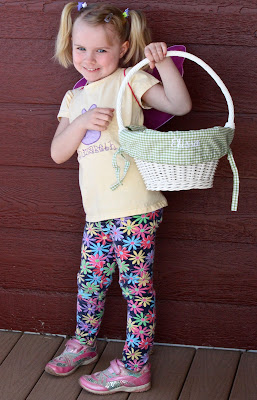 And she had convincing to do with Miss A. They went to have lunch with Nana and Grandpa Eldon while Nathan and I helped the Easter Bunny. 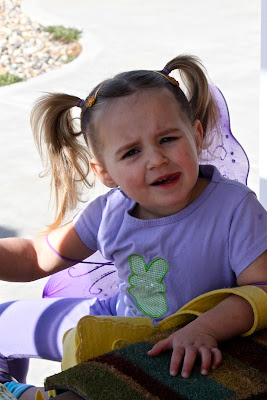 Miss A did some considering and pondering. Last year the Easter Bunny was scary. She was hoping that would not be the case this year. 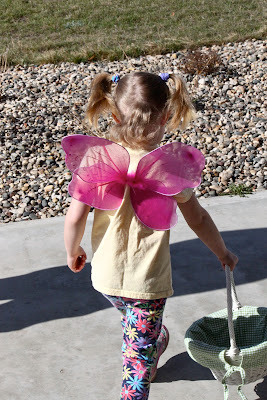 When it was time to go, Miss E led the way. Miss A followed. 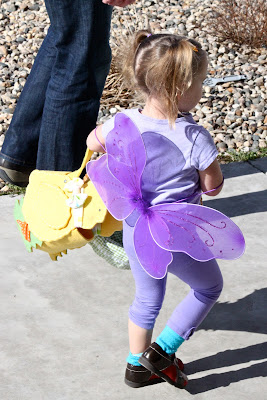 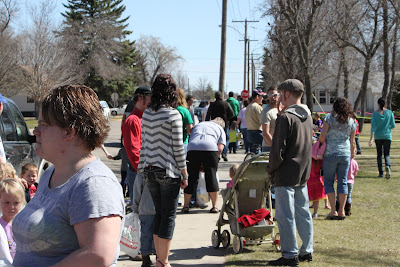 I’ve said it before but this is the most elderly county per capita in the nation. We have about 3000 people in our entire county. But I think there is a baby boom because 80 plus children ages 0-8 attended the Easter egg hunt today. This was just our town, not the county wide. I love hope for the future. 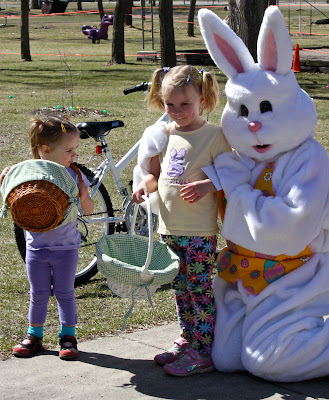 Miss A was braver this year. She wasn’t sold on the Easter Bunny but not terrified. Miss E was thrilled with his appearance. 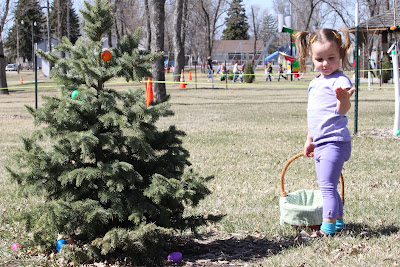 Miss A and I had a strategy for egg hunting. Before the “green light” to go, she said “go way back, Mama!” So we ran to the back of the quadrant roped off for ages 0-2. She then could take her time gathering a few eggs. 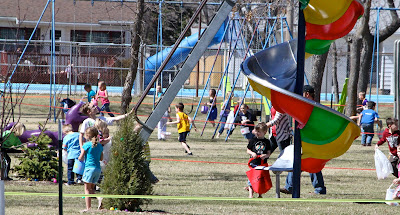 The small town park was mass chaos for about 10 minutes. There were 4 golden eggs hidden in each section of age groups. Golden eggs had big prizes including the grand prize of a free pass to the local swimming pool for the summer.

On a day that feels like summer, dreaming of the pool being open was fantastic. But the reality is it won’t be open for over two months. This is North Dakota after all and it still can snow any day in March, April and even into early May. 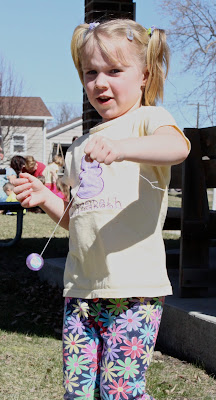 But for today, we relished in the sunshine with friends. The girls cracked opened their eggs and found goodies including Miss E’s new yo-yo. 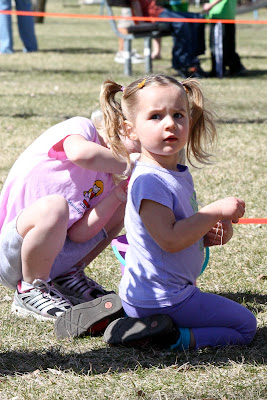 Miss A’s chocolate candies were melting in her hands but she ate them as fast as she could. 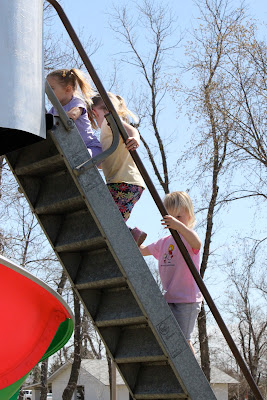 After egg hunting, the girls played with many friends and took turns going down the “twirly” slide. It’s an old metal slide like I used to go down as a kid and a local favorite over the modern plastic slides. 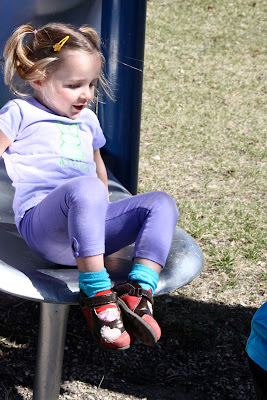 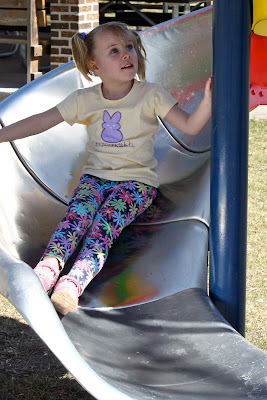 and Miss E even talked her daddy into a trip down the slide. 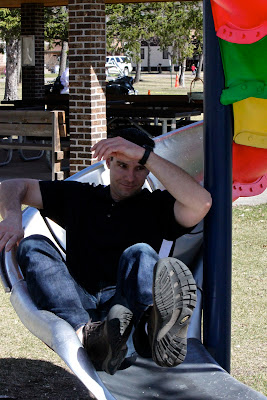 Nathan attempted to guess how many years it had been since he had been on this metal slide. There is something I love that our kids slide down the same slide my husband grew up on, in the same park of his childhood. 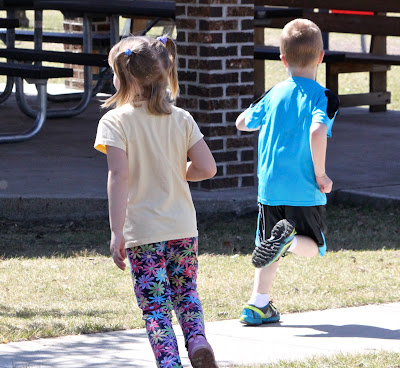 It’s nap time now. The girls burned off a lot of energy and will be ready to get back outside soon. 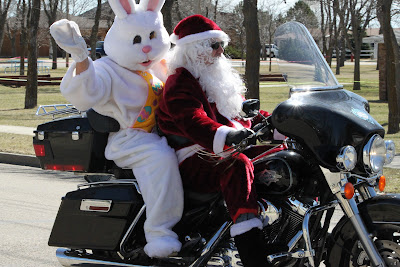 But the Easter Bunny has headed out of town for the day, cruising with Santa across the prairie to get ready for his big upcoming Easter week.

What are your Easter traditions?
Pin It