We don’t have McDonald’s within 90 miles of us on the prairie but we do have pizza. Friday nights are often pizza nights at our house. Sometimes it is from one of our two local pizza shops. Often I make pizza at home though for the sake of cost. Our hungry like a pack of wolves teenager eats a pizza…by himself. I’ve made many different versions of homemade crusts, frozen dough and turned into crust, pre-made crusts, etc. This week I made pizza mid-week as a quick meal before we attended a school event. 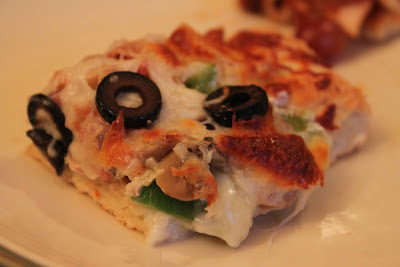 I made two types of pizza with leftover grilled chicken I had put in the freezer some time in the late summer. Chicken Bacon Ranch Pizza and BBQ Chicken Pizza.
My neighbor had told me about the Schwan’s pizza crusts and I bought a box of them which include 2 frozen ready to bake crusts. They were much easy and faster than homemade dough. I felt like the cooking show “Semi-Homemade” using them. 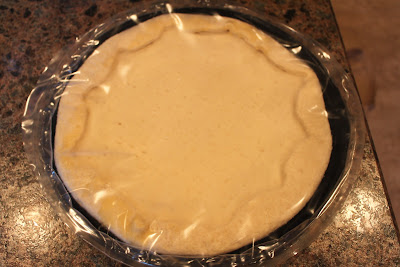 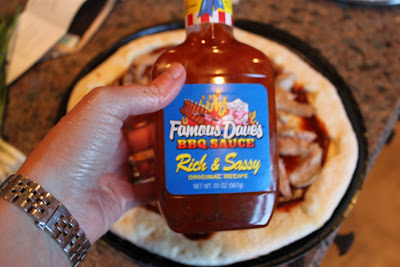 For the BBQ Chicken pizza, I spread BBQ sauce on the crust and then cut up pieces of leftover grilled chicken. You could do this with any leftover meat you have on hand like turkey, beef, pork…and my mom and I love shrimp on pizza. 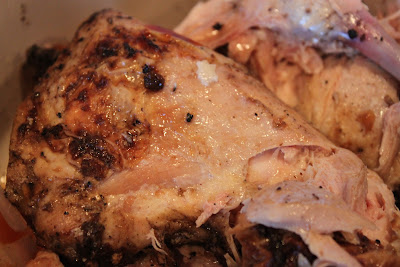 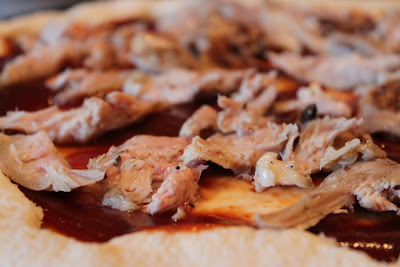 I sliced up a few green onions and sprinkled them on the chicken. 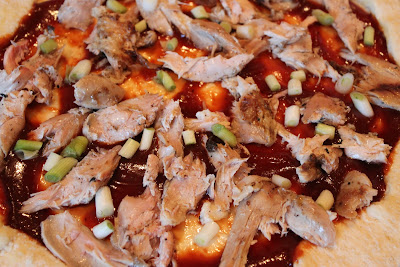 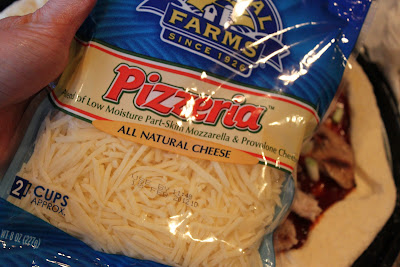 Then, topped the pizza with 2 cups of “Pizzeria” mixture  cheese and put in the oven at 375F for 25 minutes. 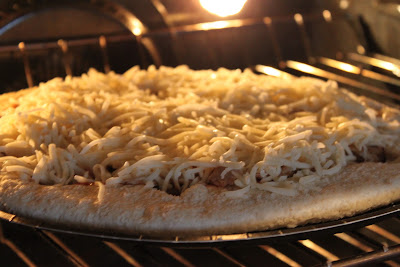 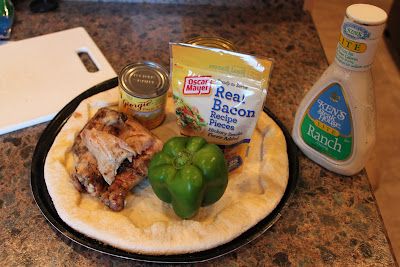 The Chicken Bacon Ranch pizza was just as easy and quick as the first BBQ Chicken pizza, only I added veggies and my favorite, black olives to it. 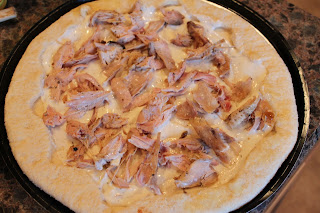 I spread low-fat ranch dressing on a pizza crust, topped with sliced grilled chicken, both white and dark meat. 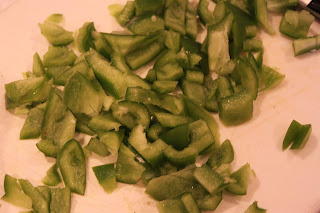 Then chopped up a green pepper and sprinkled over the chicken and added a 4 oz. can of sliced mushrooms to top off the peppers. 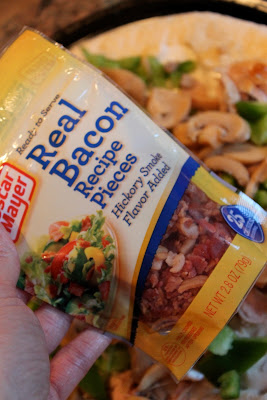 I love fresh bacon but because of the time crunch to get out the door and still trying to get a meal on the table, I have purchased a few bags of these “Real Bacon” bags to keep in the pantry. I covered the entire pizza with the bacon. 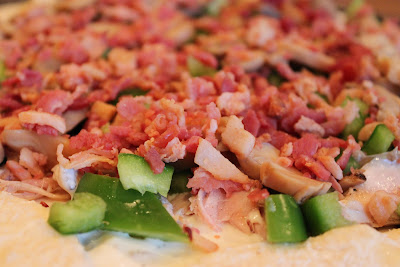 Everything is better with bacon. Amen. 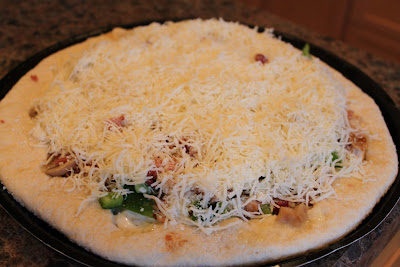 Topped with 2 cups of mozzarella and then finished with an unmeasured amount of sliced black olives. I love black olives and have gotten to know olive farmers in California. California black olives are a favorite snack. Right up there with California almonds. 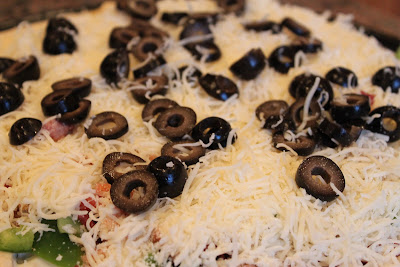 As the Chicken Bacon Ranch pizza baked for 25 minutes at 375F, the BBQ Chicken was ready. We started with it. 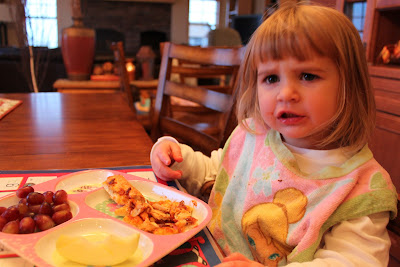 Miss A wasn’t so sure. She started with her apple slices and grapes but eventually warmed up to the pizza. I feed the kids a variety of flavors and foods with the hopes they won’t be picky eaters. It clearly worked with our 14 year old who will eat anything. The girls have some stronger opinions though. 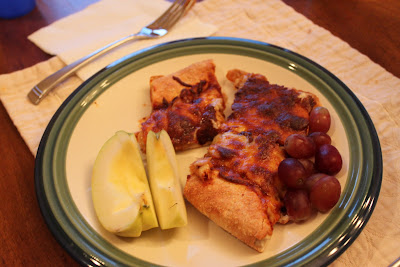 One opinion of my quick family meal cooking who I always appreciate though is my husband’s. He is happy with anything I put in front of him…as long as there aren’t too many green veggies interfering with his meal.

But if the green vegetables are hidden between a layer of meat and cheese, he eats it up right up like in this Chicken Bacon Ranch pizza.
Do you have food traditions on certain days of the week like Friday night pizza or Taco Tuesdays?