Another week of Mustang football for our seventh grade football playing son is complete after last night’s game. 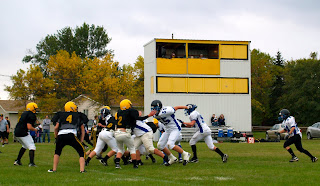 This week we once again had friends and family to join us in cheering on Hunter #55. 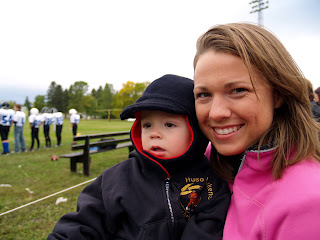 My forever friend Sara and her youngest son Lucas stayed with us for two nights before heading home to Minnesota this morning. They road tripped with us to the game last night. Lucas was cozy warm in what used to Hunter’s hat when he was about Lucas’s age.
Sara noticed how WHITE Hunter’s pants were and she said I indeed could be doing commercials for Oxi-Clean. Thankfully Hunter’s pants didn’t have gapping holes in the seams of them this week because my friend Paula sewed them up for our boy. I have mad laundry whitening skills but did not have any white thread in my house to even attempt to have sewing skills. 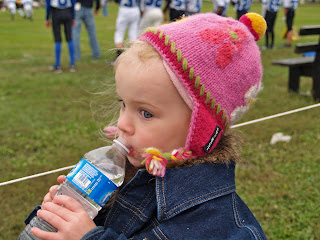 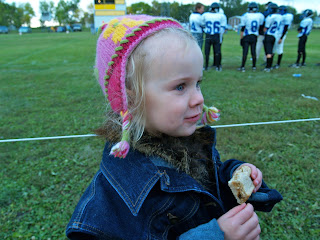 and well nourished with a peanut butter and honey sandwich on her favorite raisin bread. We need plenty of snacks to keep kids entertained at cool, fall football games. 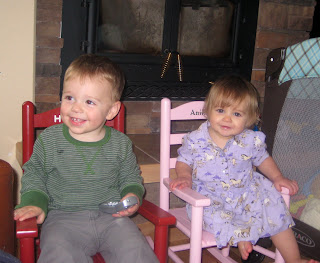 Miss Anika stayed home with Nana but she enjoyed earlier play time with her boy buddy Lucas who is just five weeks older than her. We hope his big brother Sam can join us the next time they road trip to come play with us. We missed you Sam! 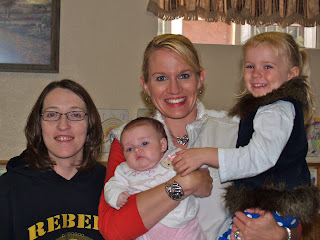 Nathan’s cousin, Kevin and his wife Tammy and family live near the town we played in and came to the game. Tammy teaches at the OPPOSING team’s school, the Rebels. Kevin farms and is also the Rebels boys basketball coach. We had a great supper at the local cafe with them after the game. Miss E got some quality bonding time with her favorite baby cousin, Ally Jane. Since Ally Jane’s birth we have several baby dolls in our house named Ally and it was intensely fun for E to play with Ally. Ally’s brother Austin and Connor were also there and had fun seeing Hunter play football. 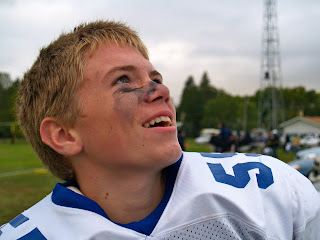 We asked Hunter if he had so much black paint smeared on his face to stop the glare of the sun.
He was looking for the sun but truthfully he just thinks the black on his face is quite cool and adds a level to “toughness” factor.
You agree don’t you? 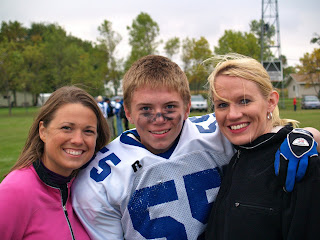 Sara has been my most loyal friend for 30 years. I have blogged about our friendship before and how we  are truly like sisters because of this long-lasting friendship. She has seen me through all of the good times and the ugly times and has been my constant cheerleader. Having Hunter taller than both us made us feel…old…and also it is so rewarding for both us to sit together seeing him do well on the football field as well as Sara listening to him play the piano this morning. Sara was an accomplished pianist herself as a teen. She also could chuckle at me when I was lecturing him about studying for his science test. Give Sara ten years and she’ll be doing the same things with her boys. And I’ll be there to cheer her on through out motherhood and life for another thirty years, hopefully sixty years. 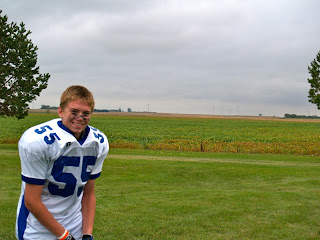 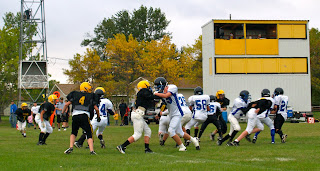