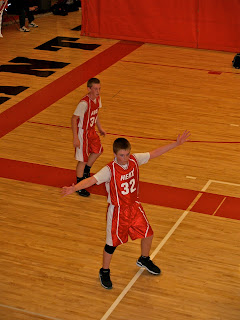 We spent a Mother Day’s weekend watching Hunter play basketball.
(I am having formatting issues on this post…please excuse them.)
This was an especially fun trip because we brought my grandparents with us and were able to visit my uncle, aunt and cousins, Wyatt and Logan.
The Heat won in overtime on two bonus free throws Hunter made in the first game.
In the second game, they actually LOST in the semi-finals but
ended up in the championship game due a forfeit of the team that beat them.
The opposing team was 20 minutes late for the game. Therefore their win did not count.
You can click on the link below to watch 30 seconds of Hunter playing in the
championship game.

http://www.youtube.com/watch?v=YoxlRauIclc
In the championship, we led 26-10 at the half and led by 18 in the second half, only to
lose on a last second shot in overtime. 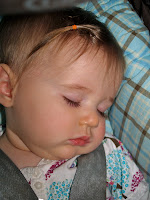 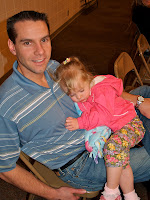 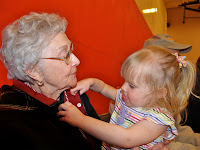 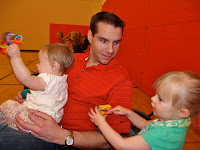 The girls are well versed in being basketball fans. Let’s face it though, they do not always have basketball on the brain like their brother. Thankfully they can nap and play at games with out too many glitches. 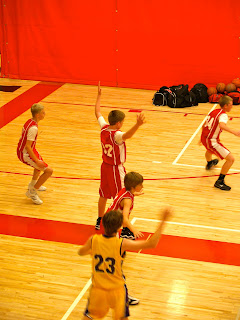 Miss E has learned to say “Arms up Hunter!” and “Box out”. 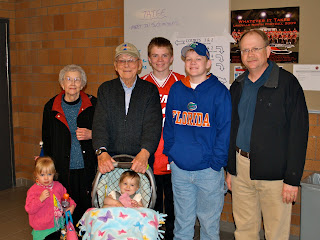 Grandma Nola and Grandpa Sonny had a full weekend of grandchild and great-grandchild basketball watching. Wyatt is not on the above picture because he was actually playing in the championship game his division after Hunter’s game. 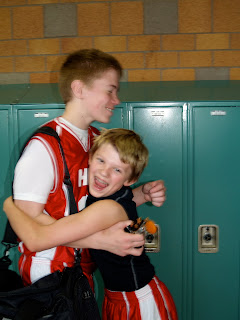 Hunter was disappointed and heart broken after the championship game loss. It will make him a better player in the long term but at the moment of course it is terribly hard to lose a game like the Heat did. Hunter’s friend since he started elementary school in Fargo and his teammate from both the Lightning and Heat teams, Zachary, came over to encourage him and brought a smile to Hunter’s face. 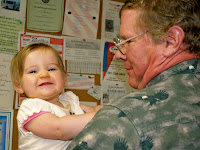 When we left the gym early Sunday afternoon, it was 426 miles to our home. The kids were troopers and my grandparents were awesome help. Nathan and I took turns driving. My parents drove south and met us at a gas station in the middle of the prairie to bring my grandparents home.
I thought we should mark our Mother’s Day by taking some gas station pictures of the four generations we had together.
We all look a little worn out but were only 80 miles from home at this point and stretching our legs so we were definitely smiling! 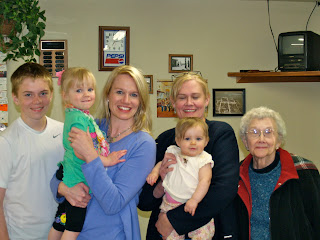 Next weekend it will be more basketball on the brain for our family as Hunter wraps up his travel basketball season with his final spring tournament.