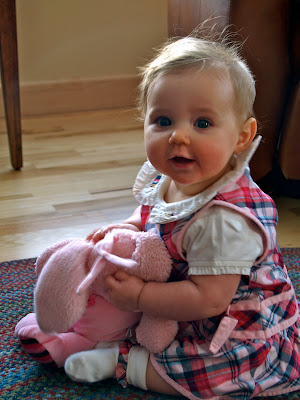 Today Anika Iris is 7 months old. She won’t sit still for very long to take her monthly picture next to her “hop hop” bunny. But as you can see she is growing quickly and definitely looks like her daddy. Her eyes are no longer blue. They cannot decide if they are going to be blue-green or hazel. The head full of hair Anika was born with has slowly disappeared but she has new hair growing in that is lighter brown. 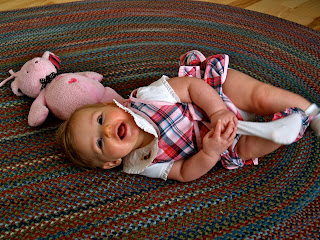 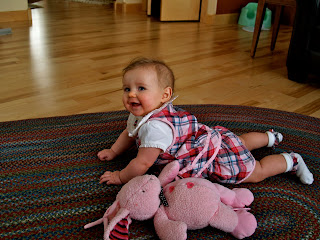 Anika is smiley. Her personality is completely cool, calm and collected as it has been since the day she was born. She has been drooling for three months now and has not cut her first tooth yet. She has some slight teething discomfort but even then doesn’t complain. She sits solo and scoots around a bit on the floor. She will roll herself anywhere she needs to go. No crawling yet but it will come.
The biggest change in the last month for Anika has been her diet. She no longer has a boring routine of her mommy’s milk only. She has learned to tolerate a bottle of formula when needed. More exciting is eating her rice and oatmeal cereals. Plus she eats bowls full of yummy homemade baby food. Sweet potatoes and fruit combinations like peaches with bananas are favorites. 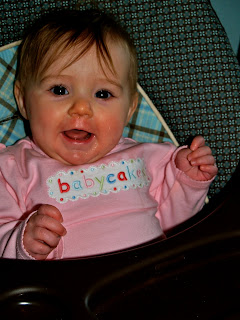 Anika’s 6 month appointment at the pediatrician was mid-January. She weighed in 10 lbs. over her birth weight at 17 lbs. 9 oz. and was 26.5″ in length. We think of Anika as our peanut but she still was in 75% percentile for weight and 85% for height. 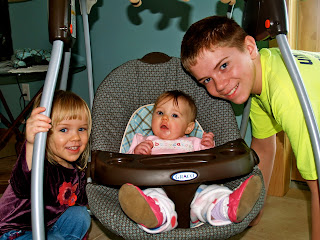 There is no question Anika gets plenty of love and attention from her big sister and big brother. She is the apple of their eye. Yesterday afternoon, Anika sat next to me in her exersaucer which we fondly call the “command center”, right next to the play kitchen. E made pretend food for her in the kitchen and then was feeding her the pretend food. It worked for awhile until Anika realized her sister was actually never going to feed her and she was going to get pretend empty spoonfuls every time. Hunter loves playing with Anika, particularly because she doesn’t declare him the puppy every time they play like his other sister does.

Previous Post: « Our how we met story…coming soon
Next Post: 4 hotels in 6 nights? Another Hard Travelin’ Week » 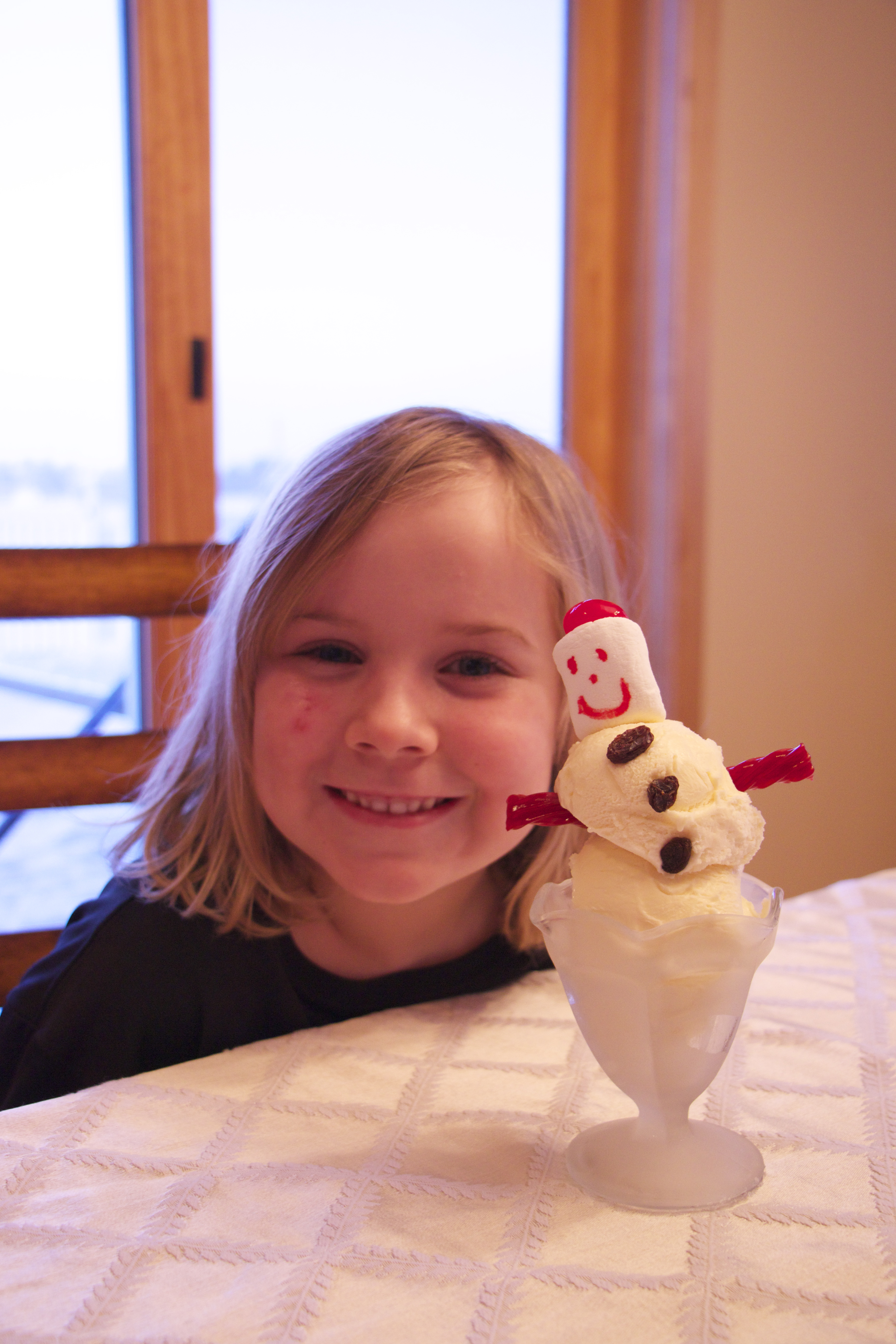