For the past five years, my mother-in-law, Carol, has prepared homemade meals on basketball game days at her house for our son, Hunter. When we started this tradition, his graduation in 2016 seemed so far away. I knew it would come in an end, though—and it did a couple weeks ago.

Hunter started playing varsity basketball in eighth grade. He was a hungry athlete who needed more calories and protein than what’s allowed in federally regulated public school lunches. I was working full-time, and the meat and cheese sandwiches I made for his lunch weren’t enough to sustain his weight during basketball season.  That’s when Carol, or fondly called Nana by our children, offered to make home-cooked meals for Hunter on game days. Since my in-laws live across the street from our small-town school, he was in and out—and full—in less than 25 minutes. 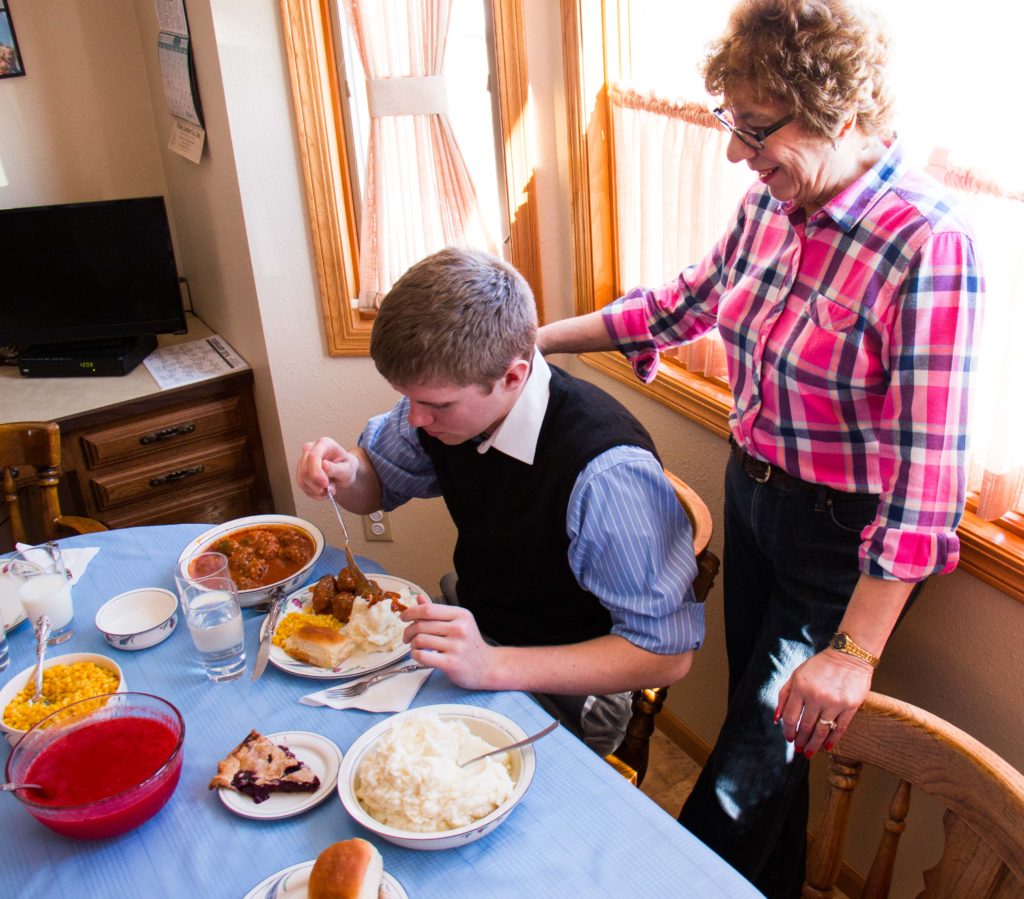 My husband and his dad would slip away from our family’s lumberyard to join Hunter. The girls and I would sit down to eat with them, as well, when I was off work and they weren’t at daycare. Since I stepped away from my full-time career three years ago, I’ve been home to enjoy almost all the meals and moments together.

Carol took great care in planning every well-rounded meal, complete with meat, potatoes, vegetables, salads, homemade buns and freshly baked desserts with milk and water and coffee or tea to finish. Once in a while, she’d serve a special German-Russian heritage meal of cheese buttons or strudels.

At around noon every basketball game day, we’d follow the aroma of beef roast, porcupine meatballs, chicken cordon bleu, barbeque chicken, pork chops or scalloped potatoes with ham to the kitchen and find the table set and waiting for us. You could bet there was a German chocolate cake, banana cake, rhubarb cake or any number of fruit or meringue pies off to the side on the counter.

Carol knows I love blueberry or coconut crème pies, and even though I haven’t played in a competitive basketball game in decades, she’d treat me from time to time. Carol makes all of her buns and rolls from scratch and serves them with butter and jelly. She’s been teaching me her baking and cooking tips and tricks through the years, and we enjoy “dough days” and “baking days” together. I will never be able to prepare meals as remarkable as Nana’s for my kids, though.

Have you ever read The Five Love Languages by Gary Chapman? The popular book, with more than 10 million copies sold worldwide, gives insights to improving your relationships, especially your marriage. I always joke, though, that one love language is missing in the book—food. Technically, food and preparing a meal are acts of service.

Carol’s act of service, along with many home cooks you likely know, uses the art of beautifully prepared, tasty food to knit together relationships and people. It’s not just the food that has made our game-day meals at Nana’s house so special—it’s three generations sitting down together in the middle of a weekday to pause and share a meal, with no technology to interrupt. School lunch periods are short. Hunter has about 25 minutes. But those 25 minutes shared around a kitchen table for 120 or so game days during the past five years are treasures. 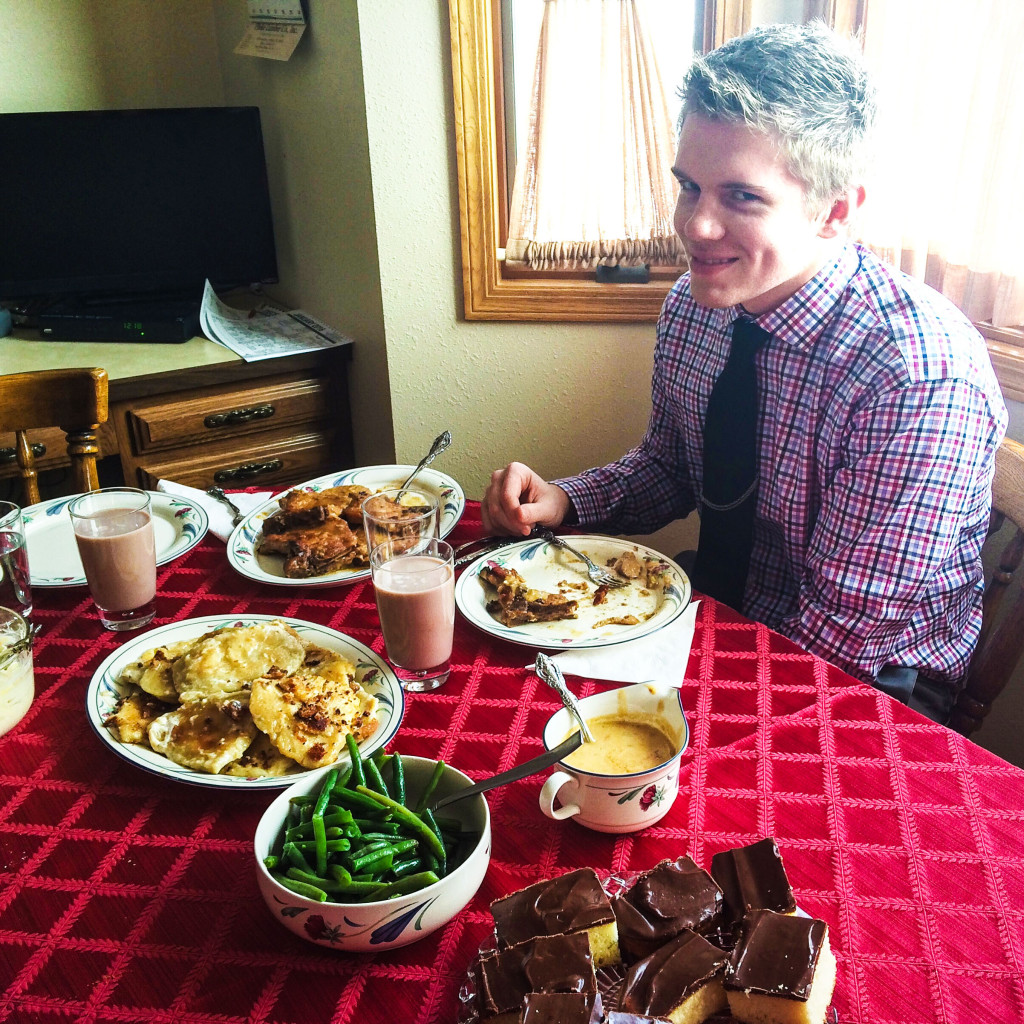 Hunter’s game-day meals came to an end on March 10 when our boys’ basketball team played in the third place game of the Region 3 Class B tournament in Jamestown. We knew it was his last game, which made us savor our food a bit longer during our final game-day meal. My husband teared up when Hunter got up from the table. “No crying until after we win!” I said.

The South Border Mustangs won the third place game against the Linton-HMB Lions on a last second three-pointer. It was the first time Hunter and his fellow senior teammate have ever come out on top against the Lions. It was a sweet ending to high school basketball, as sweet as the 120 meals we shared as a family, courtesy of Carol.

When we pulled into my in-laws driveway after the last game, our girls, who are six and eight, were sound asleep in the far backseat. I turned to Carol and my father-in-law, Eldon, and said: “Well, we have two more back there who want game-day meals and both of you to be at their games in a few years. Let’s have that be our goal.”

Of course, we have no control over what happens tomorrow. But I hope we can continue the tradition of three generations gathering for game-day meals in a few years when our girls play basketball.

(This was originally published in my weekly Agweek column.)