When life hands you overtime, you can either dig in and work harder or quit. When give everything you have to get back to where you wanted to be, you can head to double overtime. But then you have to dig deeper than ever before to find a way to achieve your goals, to win. 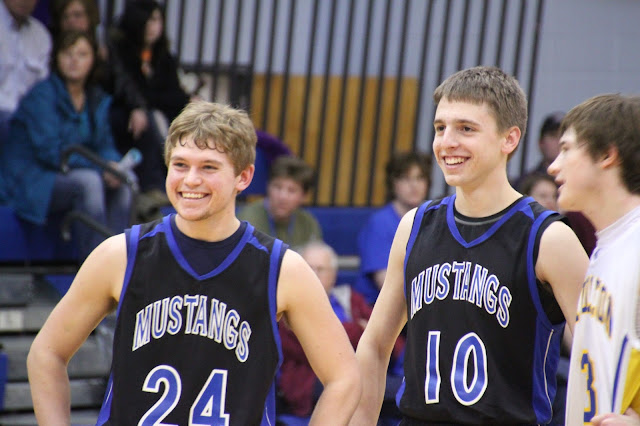 The season has not been all smiles. There have been ten losses, six coming in the first seven games of the season. We have had diversity and diversions including an injury to our top player, who is a senior and late season ending injury to another senior player.

The boys learned there will always be critics, those that would rather see you fail than achieve success. But the boys never stopped believing. They never took their eyes off the goal.

Often during games, feeling helpless in the bleachers, I have recited Hebrews 12:1 in my head,
“Therefore, since we are surrounded by such a great cloud of witnesses, let us throw off everything that hinders and the sin that so easily entangles. And let us runB)’>the race marked out for us..”

Could this team throw off everything that easily entangles? Would they run with perseverance the race marked out for them? 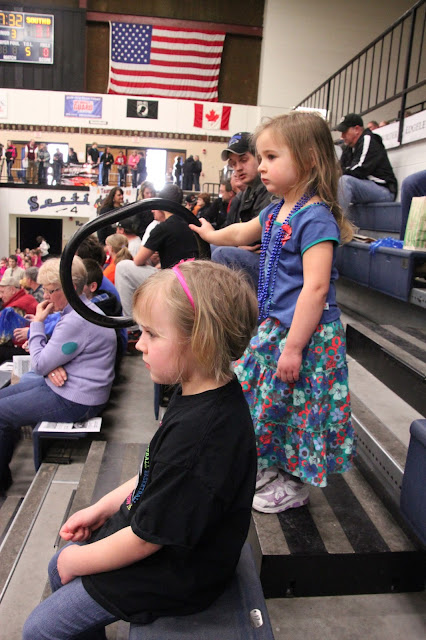 Loyal fans watched. Parents and friends prayed. But it was up to the boys to run their race as a team. 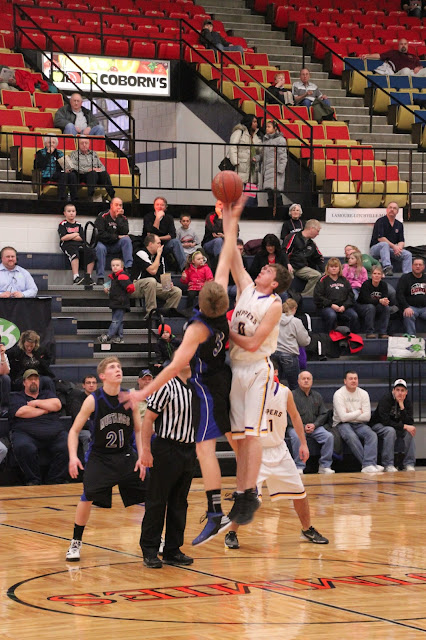 Last night, they reached one of their goals. Our team won 63-54 in double overtime in the regional semi-final against the district champions, a very talented team that has been ranked in the state and had only two losses the entire season before last night’s game. 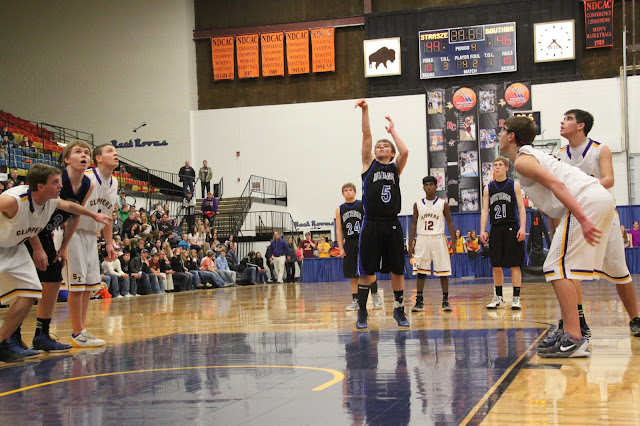 It required 20 free throws to be made from numerous teammates. 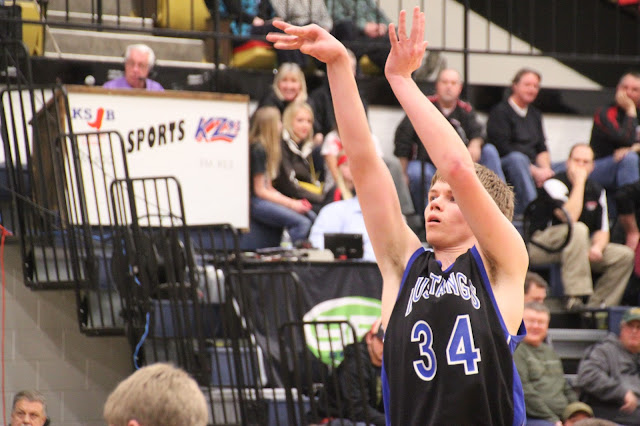 Our son, Hunter, made four key free throws in the fourth quarter with nerves of steal. (Game details can be found in this Jamestown Sun article.) 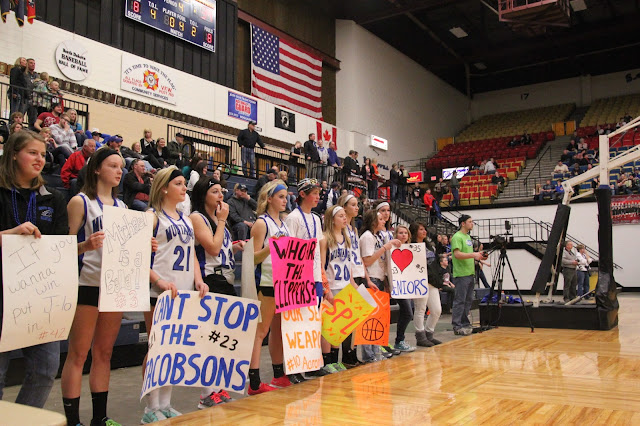 Our school’s pep band played at the Jamestown Civic Center, 85 miles from our small town. Kids from our high schools dressed up, cheered and supported the team. The crowd was amazing in their support. 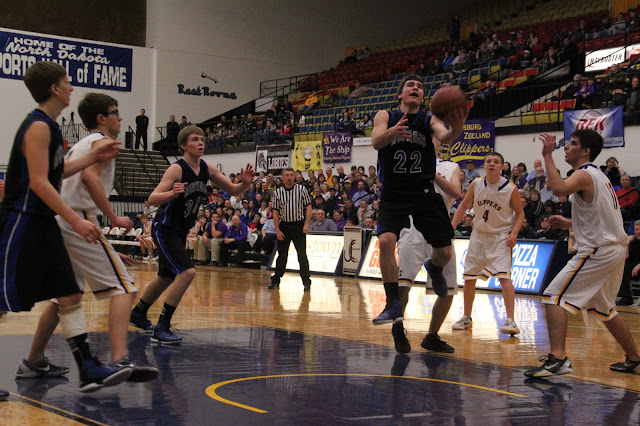 The boys never quit, no matter how many times they were knocked down. 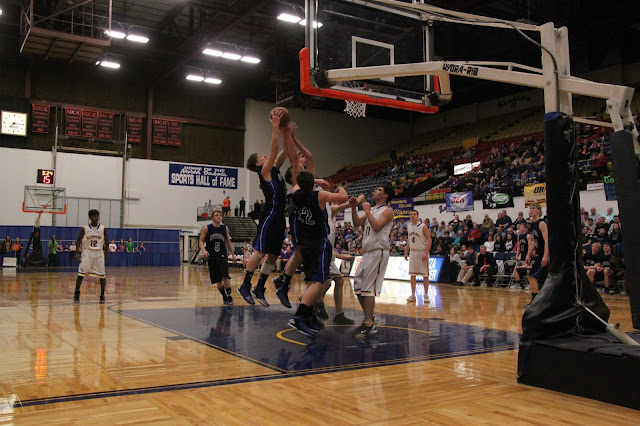 It was grueling yet exhilarating to watch. I took out my camera in the fourth quarter to calm my nerves. Hiding behind a camera helped me see just what was unfolding before our eyes. 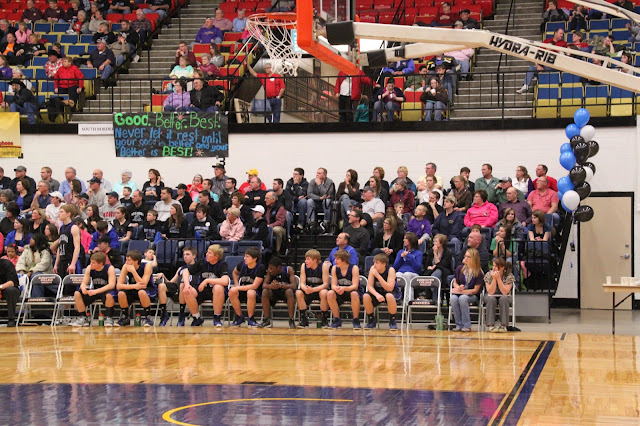 An entire team won together last night. Five players play at a time on the court. But it is every single player that makes a team. These boys push each other in practices on the opposing team’s defenses and offenses. They prepare one another, encourage one another, hold each other accountable and believe in their team. 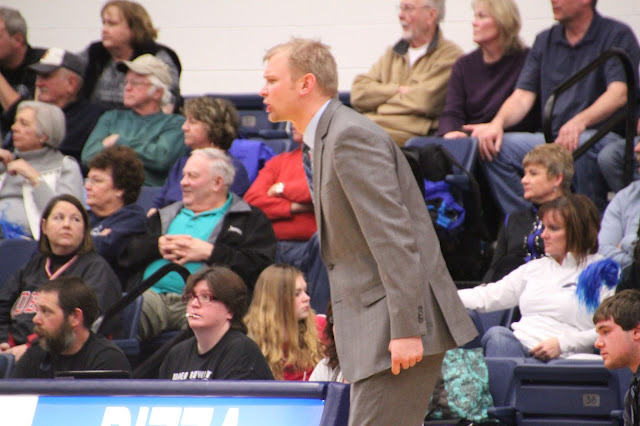 There is a first year head coach, my brother, Robbie, that won last night with his team and assistant coach.

He has loved the game of basketball since he was toddler. He has been a student of the game his entire life. He has coached under one the winningest coaches in North Dakota history. He also learned from one the best players in North Dakota a few decades ago, our dad.

Robbie is fantastic teacher. He is a committed coach. He started from ground zero, building a new program with a new assistant coach, new rules, new strategies and new plays. The boys believed in him. He and the assistant coach believed in the boys.

The race is not over yet. 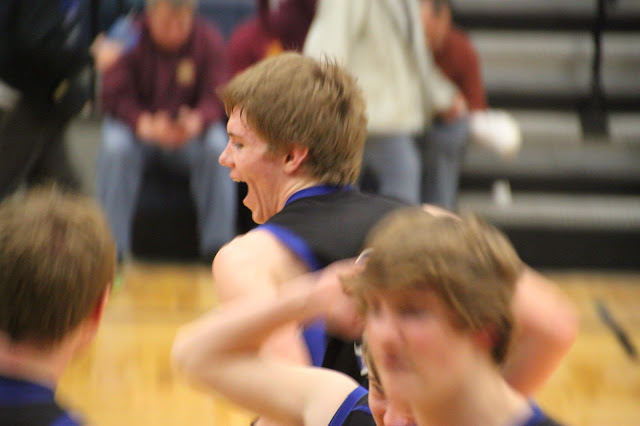 But the race is being run with perseverance. The race has been marked for them. They have their eyes on a goal: to win the region championship for a trip to the state tournament.

Whether it will be reached or not now is up to them. It will require their toughest defense, their shots to fall and digging even deeper than last night to find a way to win. 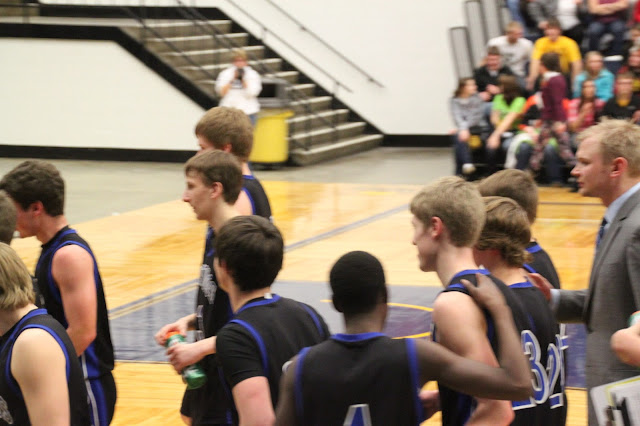 Win or lose, tomorrow night, a life lesson has been learned by this team, their coaches and community that supports them.

Run the race marked out for you. No matter what sin that has you entangled. No matter what curve balls are thrown your way. Break away. Run with perseverance. Do not quit.

Life hands us all double overtime. We can dig deep and win.

Previous Post: « It is not the critic who counts…
Next Post: Call to Action: Sensible School Lunches Act »