The best efforts are created from the bottom up, not from the top down I have learned. It’s individuals coming together to make a difference, to champion their cause that create impact and change. This Saturday, one of my colleagues, Sara K, is leading a race she organized and successfully built in honor of her parents and specifically for her dad who suffers from Parkinson’s disease.
Last year Sara K’s mom mentioned their local Bismarck Parkinson’s support group could use some fundraising and she thought maybe a pancake breakfast could be organized. The money raised would help cover the cost of speakers and help members attend conferences. Sara decided upon instead a local race as a fundraiser. This Saturday will be the 2nd annual Dakota River Runners Race for Parkinson’s in Bismarck, North Dakota. I asked Sara if I could blog about her initiative and she agreed.

Sara shared the following with me…

“The first year race saw 300 people participate and raised over $4,000. This money helped bring in specialists to their (Parkinson’s support group) conference and also allowed members of the support group, my parents included, “scholarship” money to attend a Parkinson’s conference in Minneapolis. The community has been very supportive.  Last year we had less than 6 sponsors, this year we have 12 and we have organizations approaching us asking to sponsors next year’s race.  I think many people know someone with Parkinson’s Disease, but not many in the community knew about the support group.  As a result of the race, the support group saw a dramatic increase in the number of members. In addition, both television stations and the Bismarck Tribune covered the event last year.  Long term goals would be to continue to grow the event and possibly add additional races/events to include youth events and possibly a half marathon. We would really like to hit 500 participants in the next couple of years and help raise over $5,000.”

Sara’s father has a progressive, nervous system disease. It’s easy to feel down and out from a disease that takes our loved ones. It would have been easy for Sara to tell her mom she didn’t have time for a fundraiser. She could have written out a check for a small donation herself. Instead she took it upon herself to create change in a big way. She championed the cause and led an effort that reaches out to others to engage and rise up together to grow awareness for the cause. Together a larger community is building awareness, creating conversations and raising needed funds to impact change.
What would our world look like if each of us took on one cause we are passionate about with the vigor that Sara did by organizing the Dakota River Runners Race for Parkinson’s? 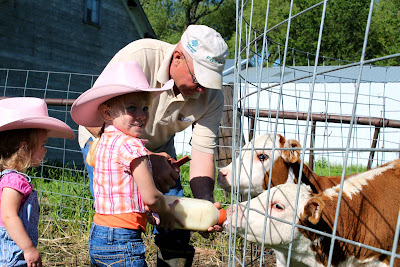 Tonight I was reminded of a cause that impacts my world. Thousands of voices in the rural and agriculture sectors came together to defend their family farms and their livelihoods over the past eight months when the Department of Labor proposed rules that would prevented youth from working on farms, even restricting 4-H and FFA participation. But tonight change happened. The Department of Labor and the Obama administration withdrew the proposed rules. Thousands of voices engaged together for family farms and for youth agriculture programs like 4-H and FFA and that action created change.  We didn’t all say the same thing, in the same way. We spoke in our words, in our own voice. But the collection of voices created the change.
Specifically the Department of Labor press release says, “The decision to withdraw this rule – including provisions to define the ‘parental exemption’ – was made in response to thousands of comments expressing concerns about the effect of the proposed rules on small family-owned farms. To be clear, this regulation will not be pursued for the duration of the Obama administration. Instead, the Departments of Labor and Agriculture will work with rural stakeholders – such as the American Farm Bureau Federation, the National Farmers Union, the Future Farmers of America, and 4-H – to develop an educational program to reduce accidents to young workers and promote safer agricultural working practices.”

No matter what your cause is, your voice can make a difference. No cause is too minor or major. Whether you do it on a local level like Sara or join thousands to take on an issue at a national level like thousands of rural and farm stakeholders did, your action can create change. Sitting back and waiting for someone else to do the work won’t create the change. But only engaging and championing your cause will truly empower you to see change.
Pin It