After a week of five airports, six flights, hotel rooms, little sleep and long days, you might think this crazed, chaotic working mom was looking forward this past weekend to staying home with family, laying low, relaxing and keeping it quiet and simple for a couple of days. 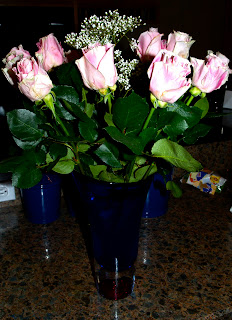 A quiet weekend at home was not in the cards for me…or any of us.
But a beautiful bouquet was awaiting me at home!
After briefly smelling the roses, we were off to hunt deer at the farm, get the teenager to his basketball tournament (which included meet a friend in the middle of the windy interstate), attend a family friend funeral and the North Dakota Farm Bureau State Convention. In the midst of it all we had plenty of family fun and are now wrapping up the weekend with some…drama on the prairie. 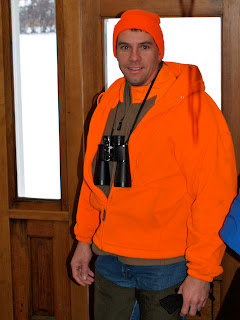 While my husband and dad hunted, our son played basketball, my mom, Miss E and I attended a funeral and I went to a few hours of the North Dakota Farm Bureau Convention…and we watched basketball.
NP bagged his white tail deer in a few hours and had his choice among the 75 deer he saw. It helps to hunt in heavily populated section of North Dakota. 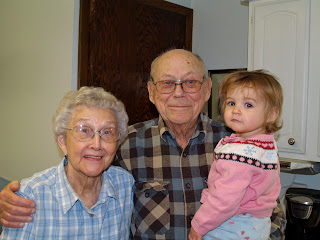 Rather than take in the hurry and scurry, Miss A had a cozy playtime on the farm with Great-Grandma Nola and Great-Grandpa Sonny. It was a grand play date that will surely happen again, especially since Miss A took a three hour nap during her visit.
How many kids can say they had a play date with their great-grandparents on their six generation family farm…in the house their great-grandpa was born in and their great-great grandfather built?
Not many is my guess. We are blessed. 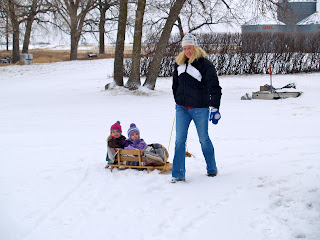 The farm was covered in a welcoming wintry white cover this morning.
Yes winter has arrived. 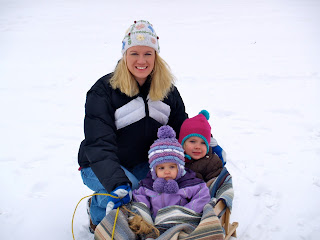 The girls and I quickly bundled up for a sled ride. And I complained about the cold weather.
My sister told me her husband said to her today “You natives are so intolerant (of the cold weather).”
Indeed we are at times.
But for the record, my mom has been telling me since I was a young child that God accidentally put me in the wrong family and truly belonged on a California beach.
Decades later, I still whole-heartedly agree with my mother.
I love the prairie but I am never going to be a cold weather woman. 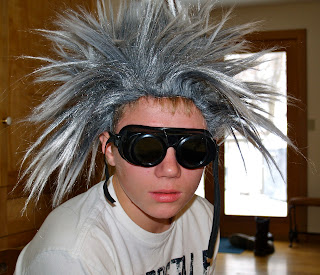 Instead of sledding this morning our teenager was taking in the cold weather by early morning hunting and preparing for…drama.
His team won their basketball tournament last night and now are off for some drama on the prairie.
Our pianist, trumpeter and basketball playing boy is on the region champion drama team. He is the mad scientist in the one-act play that includes 50 participants from our little North Dakota prairie school that includes grades 7-12.
The team has safely arrived at the state competition tonight and compete early tomorrow morning at their state competition.
Drama or no drama, we need a little rest after this weekend. 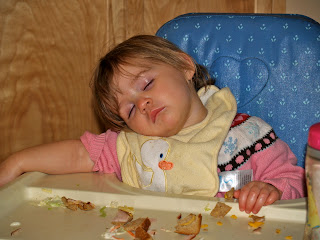