This week I boarded a plane in my usual routine. I was standing in line to get to my seat as I glanced into the cockpit.
It looked like it should be an air museum as a commercial airline antique. Old knobs, buttons, green paint. Not modern. Not technological advanced.
A male flight attendant asked me if we like anything to drink as I was seated. I said, “No thank you. I just want to know how old is this plane?”
I knew you could read a certificate on the cockpit wall to read when the plane was manufactured. My husband spent his former corporate life as a traveling guru and told me this tidbit.
The flight attendant walked up to take a peak in the cockpit.
We had some time since the gate agent had boarded the plane with out the pilots arriving to FLY our plane. They showed up 45 minutes later when they got in late from a connecting flight.
The man next to me piped up and said he was a recent commercial aviation graduate from UND. He guessed 1974. The flight attendant smiled and asked for my guess.
I said 1971.
Ironically the plane was older and the same age as our long standing old truck on the farm, 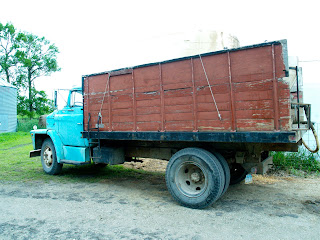 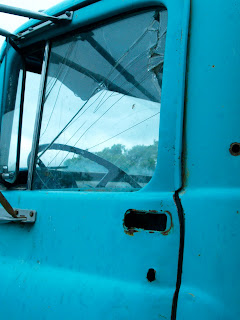 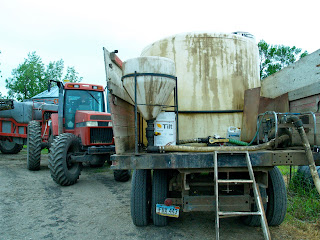 The ol’ 69′ is only a water truck now on the farm. It has not been used or its original purpose of grain hauling since the 80’s. It has green 60’s paint, old knobs and old buttons. It is not modern. It is not technological advanced.
The brakes have been bad since then and we all have been warned “pump the brakes when you go down the hill” when driving the 69′. I had to do that once as a young teenager and never got back into the driver’s seat of it. I felt the same when the flight attendant told us “1969” was the year the Delta plane was manufactured. I certainly did not want to fly in it at that moment, thinking of our old farm truck. It was my only means to get home however. I would never rely on the 69′ truck to get me home from Minneapolis and yet I forced to rely on the 69′ plane to do just that.
Do any Delta pilots have special tricks to make the 69′ plane fly smoothly equivalent to pumping the brakes on our old farm truck?
For the safety of thousands, let’s hope not. Let’s hope it is the mighty, most well built plane. It safely got me back to the prairie but…
I highly recommend you adopt our government’s military policy of “Don’t ask. Don’t tell.” when flying.
Don’t ask how old your plane is. And certainly Delta, don’t tell.