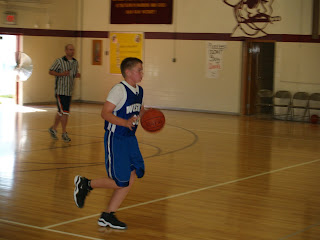 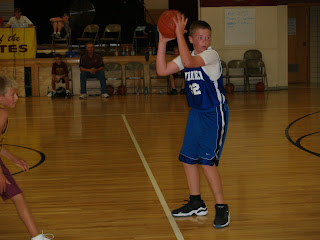 In our little town on the prairie, we have fall elementary boys basketball. This is necessary for gym time and space as both junior high and high school girls and boys play in the winter months. We do not have ample school gyms available as each town has just one school. We are fortunate to have a civic center and armory both with additional gyms and courts which is great for practice times. The boys do not begin organized fall football until seventh grade. Hunter’s last season of elementary school basketball began last Thursday. While Hunter had a big night of scoring he said numerous times “it was not enough to win” as he missed a basket with three seconds left on the clock and our team lost by one point. On Saturday, we watched Hunter and his team play in a jamboree with numerous area teams in it. 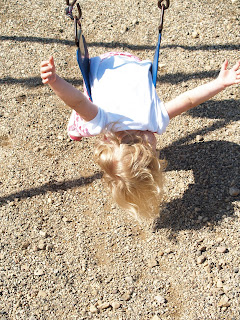 Hunter had a 10AM game and a 2PM game. That led to a lot of time in between games to kill! And we were still 45 miles from the closest mall, Starbuck’s or Target so we stayed put. My parents were there and we all had lunch together at the local cafe. Then it was play time at the local school playground for Elizabeth. “Mayme” and she created the game “airplane” on the swings. 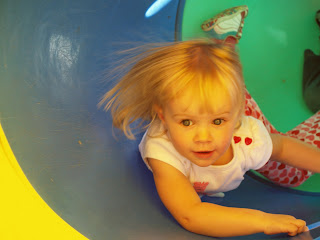 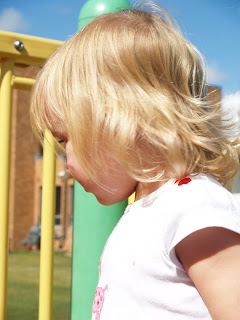 Miss E has had three hair cuts and those precious curls are still present which we love. My dad has naturally curly hair but none of my siblings or I got those curls! Looks like they skipped a generation. Hopefully E can keep her curls from Gpa Fred. 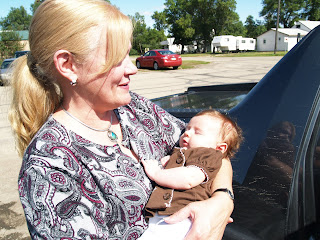 Time in between games gave Mama Jane (yes we still call her that but E solely calls her preferred name of Mayme!) plenty of cuddle time with Anika. It was a gorgeous day with sunshine and no wind. But rain the night before halted harvest which allowed Gpa Fred to be at the games. 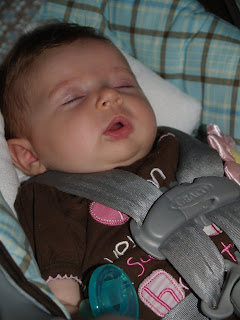 Loud cheering, buzzers going off and Anika slept! Last night though she attended her second wedding reception of her lifetime and she had enough of loud noises and people. She was ready to be home. So we turned in early and she slept eight hours before waking to feed and then proceeded to sleep most of the morning through church and took a long nap this afternoon! Basketball games wear the baby girl out. 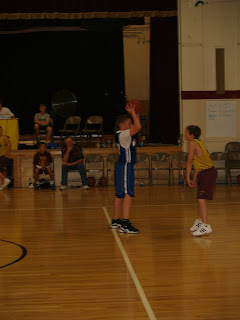 In the first game, Hunter’s team was pummeled. Gpa Fred told Hunter “everyone has those games in their career”. In the second game, we were leading up until the last two minutes of the game when the opponent’s press haunted our team. The lead disappeared and so did our chance for the win. So Hunter is still awaiting the first win of the season. Two very close losses have them very hungry for a win! We will be watching many games in the upcoming weeks and are sure to see the team develop together and get some wins. Either way, it is a lot of fun to watch Hunter play. And his biggest fan these days is Elizabeth. She cheers “Go Hunter!” loudly and says “Oh miss!” when he does not make a shot. And when we adults were not paying close enough attention to her playing beside us in the bleachers she streaked onto the court on Saturday yelling “Hunter! Hunter!”. Thankfully there was a stop in play and Hunter was getting ready to line up for a free throw. Just as she made it to Hunter, I chased her down and as the crowd hysterically laughed I quickly dashed with her in my arms off the court where she had to SIT in one of our laps for the remainder of the game. But it was a moment we all will never forget and it melted Hunter’s heart to have such a loyal little sister as his fan club shouting for him as she ran onto the court!