Nine years ago today, after spending eight months of long-distance dating with a guy that I met on an airplane the prior summer, Nathan asked me to marry him and gave me a ring he had picked out himself. He surprised me. His 30th birthday was the following week and I really thought he had something planned for then. It was pre-digital photos and pre-social media for us which I am forever grateful for today. We had a flip phone, a Blackberry and a film camera. A Minneapolis hotel employee captured a moment for us on my film camera.

We explained what today was to our youngest daughter, Anika, age five and she said, “So it’s your ring’s birthday?” 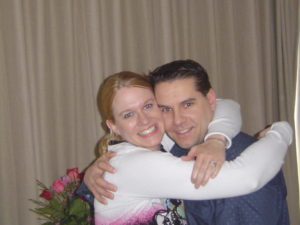 Earlier this week, I dug into the archives of old photos and found a few treasures from 2006 including the above engagement moment.

The first archived photo I found took me back to skiing. Our first-ever disagreement came when Nathan decided to teach me to ski on my 27th birthday. He was experienced. I was not. I’m competitive and like to do sports I’m good at which does not include tumbling down the mountain. But we learned to work together and skiing helped us learn we wanted to stay together, forever, on or off the mountain. 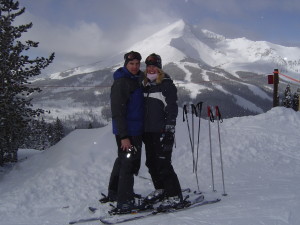 After our March 11, 2006 engagement, we had relocating and logistics to sort out but rather than wait, we planned for a fall wedding.

I could have “said yes to the dress” 100 times. So many to choose from but I still love the one I chose in April 2006. That’s my forever friend Beth holding the dress for me and my mom snapped the picture. 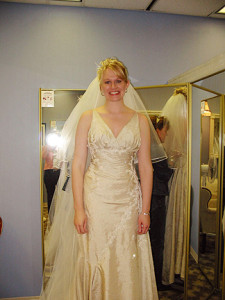 There was a transition from March to October 2006 that started. Hunter and I were going from a family of two to a family of three. Hunter had prayed diligently for a “dad that lived with us” and now it was happening. 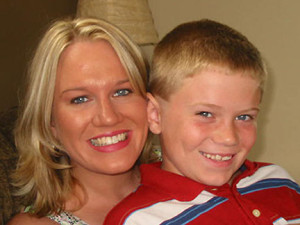 (Don’t spend as much time in the tanning bed and under the sun as I did in my 20’s.)

I love Nathan more today than I ever knew was possible nine years ago. My “ring’s birthday” has me grateful for the beginning, tough moments learning what marriage is all about and even more grateful for the journey of marriage as we still learn from each other. The joyous moments, daily lessons and challenges of having and raising three children together, the hard work and reward of growing a small family business, the juggling and maneuvering of careers and jobs while having babies and a young family, the tears shed over two lost pregnancies and losing loved ones, the growing in our faith together and commitment to one another to become stronger together.

Now we have reached the moment in which I can’t say any more “mushy stuff” as Nathan says. He’s private. I’m public. He’s my forever love.  Now I’m off to eat steak with my family to celebrate “my ring’s birthday.”