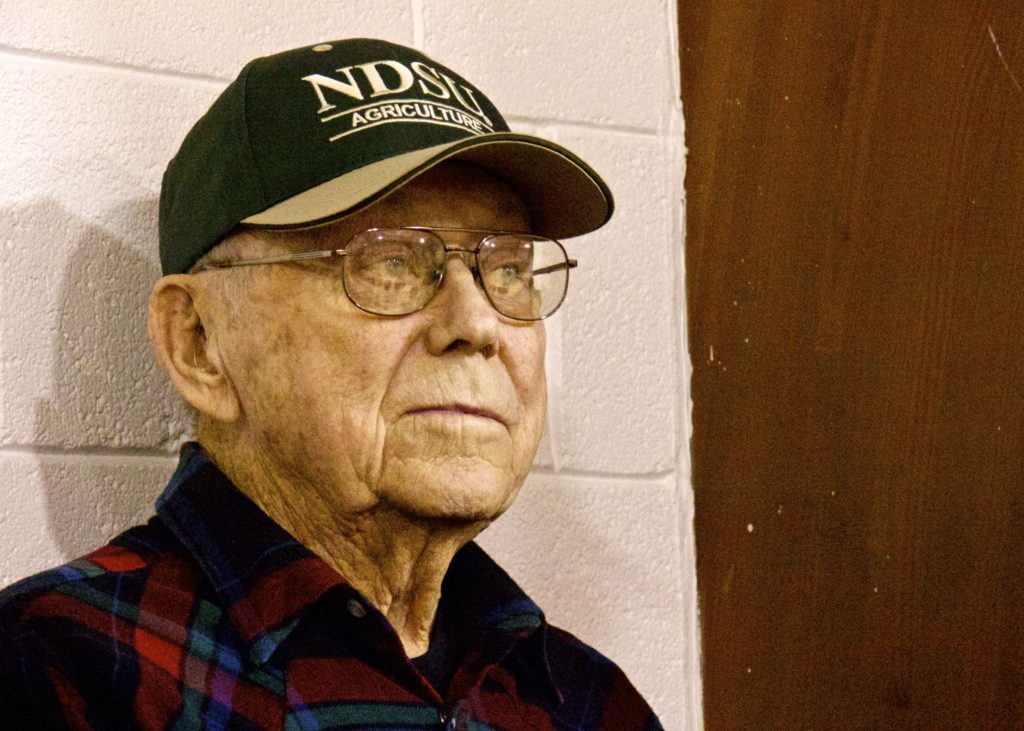 We were in the basketball stands last night on Grandpa’s 89th birthday. He and I had talked earlier in the day about game times and he had said on the phone, “As long I keep putting one foot in front of the other, I’ll be there.”

He did just that, on foot in front of the other, like he has his whole life and was right there with us for his birthday. Unassuming in stands, in his new Wrangler jean’s I bought him at the Western Shop in our small town with the new boots my mom bought him last year, he was wearing his NDSU Agriculture hat with pride as a 1952 graduate.

My uncle Jim, Grandpa and Grandma’s oldest child and son, sat next to him and cousin Colton was alongside Jim. I was just ahead of them, surrounded by my husband, his parents, our daughters and my brother-in-law’s dad, Rob, who  is a wonderful friend and loyal fan of Hunter’s. Nearby my sister-in-law Jenn and her family were in the stands. Across the stands were my husband’s aunt and uncle. On the court, my brother Robbie was the head coach for the Mustangs and our son, Hunter was playing with his team.

I don’t know if I will live to be 89 years old. But I know moments like we had last night matter. I tried to soak it all in and remember the night for all that it was. Just a small town gym with two small school teams.

Four generations of family with friends  in the stands, together on the North Dakota prairie, our family’s home for five generations. There is absolutely no where else in the world Grandpa would rather have been than right where he was. He didn’t need any big birthday celebration. 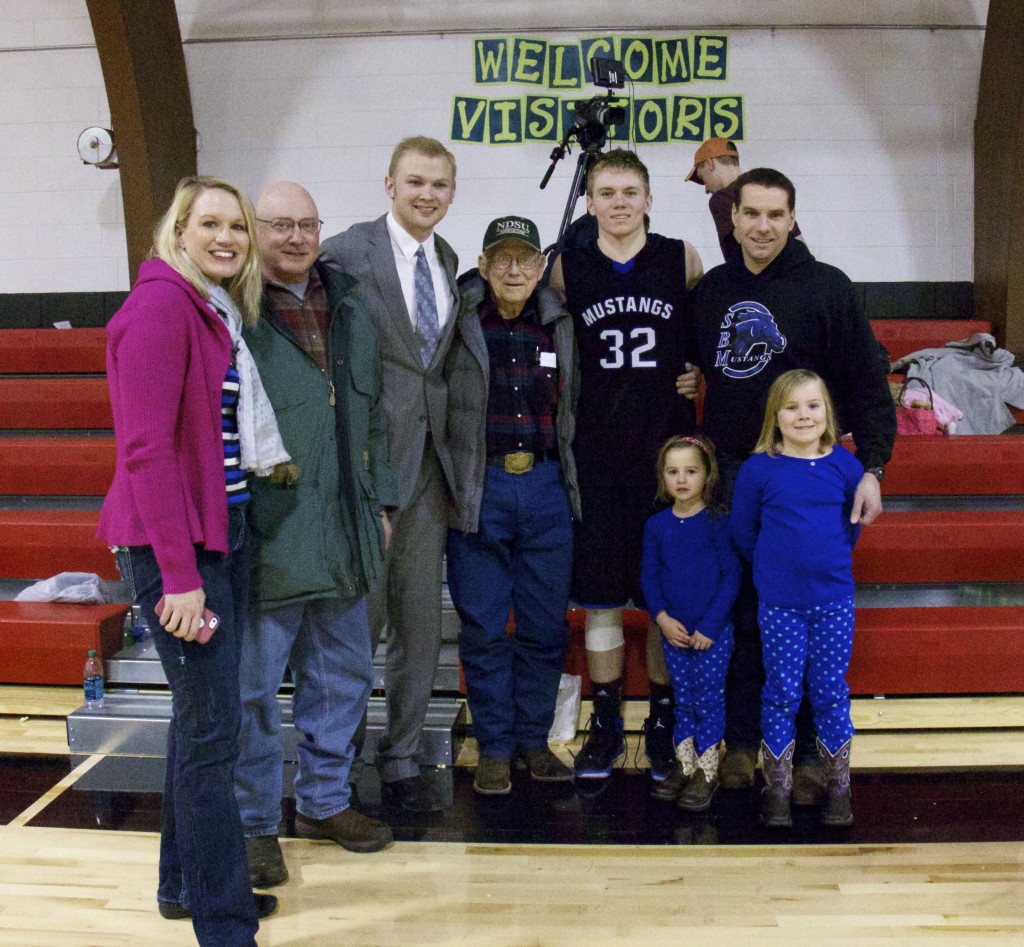 He had all that he needed, surrounding him. On Grandpa’s 89th Birthday, the Mustangs won, 69-59. On the way walking to the vehicle where he loaded up with Uncle Jim, he said to me, “Thanks for everything.” My family isn’t much for sharing too many feelings. But my grandpa and I are both criers. I couldn’t say anything in response to him without a big lump in my throat and tightening neck muscles. As they drove out of the parking lot, headed back to the farm, I said to myself, “Grandpa, thanks for everything.” The moonlight lit the sky. I took a big deep breath of the sharp winter air and put one foot in front of the other. I’ll be there, right where I need to be, thanks to Grandpa’s example.