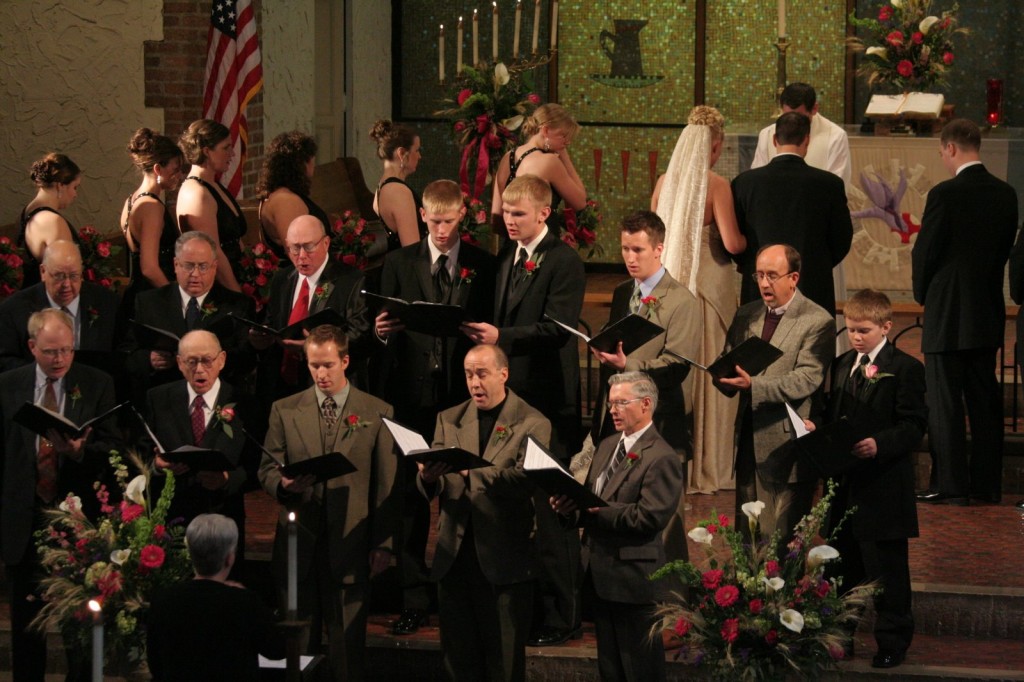 Seven years ago today, my husband, Nathan and I said, “I do” in a late morning wedding in a large North Dakota Lutheran church. Now everyone has their own love story to gush about and our divine meeting on airplane is just that. You can read our love story in A Flight of Faith. But marriage is much more than just a feeling of love or a story. There is a honeymoon phase. 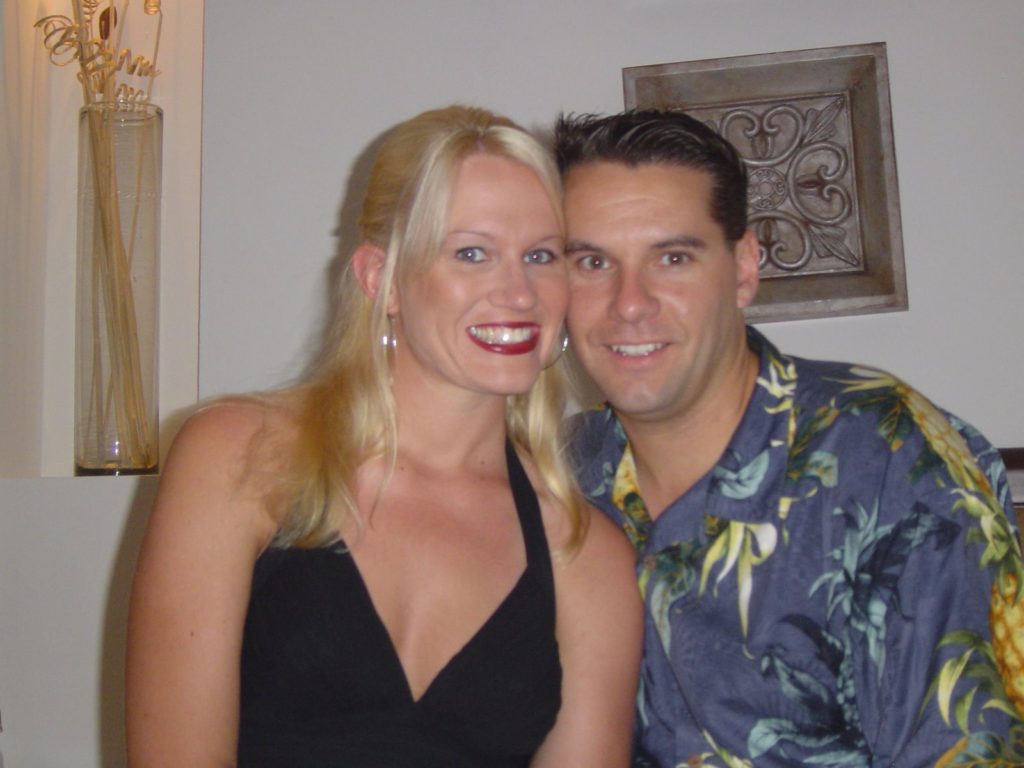 And then marriage gets real. Our marriage became real very quickly. Within in the first year of marriage we jumped into the deep end of all big decisions from my husband moving into the home my son and I previously lived in and becoming a “real dad that lives with us” (my son’s words who was a third grader at the time) to expecting our first child five months after our wedding to my husband quitting his corporate job with cushy pay and benefits. Then we took a dramatic pay cut, bought some land, moved deep into the North Dakota prairie, moved into a small town rental home, sold our previous home in Fargo and my husband started working in his family’s business. On our first anniversary, we broke ground on our new home. 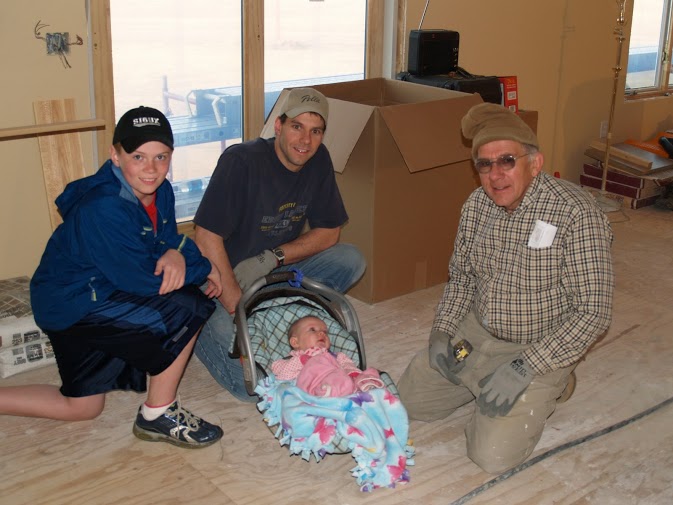 Six weeks after that? Miss E was born.

Yes, the honeymoon phase of our marriage was quickly over . We dealt in reality. But reality has never meant there hasn’t still been a lot of love between the two of us and it’s taken some serious work to make that happen.

Today I asked my husband while we were standing to pay for our small town anniversary lunch, “Do you have the 7 year itch?” He looked at me blankly, “Does that mean to buy you more stuff or something?”

No. He didn’t know the “Seven-Year Itch”.

But, the truth is, Nathan and I are stronger today in our marriage than ever before. We don’t have the “Seven-Year Itch”. So much so,  he doesn’t know what it even is.

It’s a magical secret we have discovered. A potion. It can drop divorce rates by double-digits in America. It is life changing. Or maybe it is just two of us living out marriage the best we know how. Certainly, there are days we fail. But overall, we are succeeding at marriage and that is a our goal.

Here are tips to truly avoiding the Seven-Year Itch. I don’t think they are magical or a secret potion. But this is what works for us. We learned from long marriages around us in our family and learned best from one another.

1. Communication. This is more difficult than any written word can describe.

We are really good at communicating. It takes practice and patience. We refine our communication. That doesn’t mean don’t have disagreements. We do. It doesn’t mean my husband sits around with me to chit-chat each day like I do with my girlfriends from time to time. He rarely does. But we have learned what works to make our marriage work.

We talk about our days ahead of time, each evening and morning as needed. We write a note if we need to. We plan ahead for the upcoming week of what we foresee happening. We tell each other when we will need extra help from each other with something. We set expectations.

You cannot keep things drawn in and not share details with your spouse, no matter how busy and hectic life may seem. We probably sit down together at least once a week to talk about what is happening in our weeks, when the kids are asleep and the house is quiet for a tiny moment.

Sometimes we email each other if we have to and often text message. The point is, we communicate. Daily. When either of us travels which is a lot less than in the past, we talk (or now Facetime) each night.  Communication is the foundation to avoiding the “Seven-Year Itch” in marriage.

2. Eat Together. Easier said than done during different times of the year and schedules but a majority of the time, we eat at least one meal a day together. Sometimes it is a hotdog in the stands at our son’s game. But mostly, at home meals matter to us. We sit down together at a set and agreed upon time as a family. We talk about our days. No phones are allowed. No television. Just our family, eating and talking. Eating together builds connectivity and forces us to unwind as a family and develops our marriage as we, yes it is true, communicate.

3. Take turns to build one another up. In seven years of marriage, both Nathan and I have had major career changes. We both have struggled with confidence in our decisions and what we are doing moving ahead to make changes. We both have been one another’s cheerleaders. Neither of us would have made the major changes we did if we did not have each other to build each other up from daily, encouraging notes to reality check talks. It’s not all happy-go-lucky building up to give you a fake reality. It’s real, building up to have confidence, to make a plan, to take a risk but to believe in yourself and each other. Sometimes I need that more than he does. And sometimes he needs it and would never ask but I have learned that he needs it just as much as me. And we take turns to cheer each other on through life.

4. Be sensitive. I am going to scientifically guess 90% of American women are more sensitive than me. I am not very sensitive when it comes to feelings. Some of you are chuckling. I am a say-it-like-it is type person and have failed at being sensitive to what my husband feels or thinks when I have said things to him in the past. Thankfully, my husband is more sensitive and thoughtful than me. He forgives me. And he has taught me to be more sensitive. I listen first. I think about his feelings ahead of my own and our marriage has reaped the benefits because of it. Marriage isn’t about me. Or him. We are one and I have learned to be aware and sensitive to that. He comes first.

5. Grow spiritually.  This doesn’t mean one spouse drags the other to church. It means find what works for you as a couple whether that is a Bible study together, a church setting, a Sunday School, a marriage retreat and/or praying together. And praying for each other. My mom gave me a good talking to early in my marriage that my husband is our home’s spiritual leader. As an independent woman this was difficult for me to grasp. At the same time, men need to step up and be spiritual leaders in marriages, families and homes. I learned to foster that in my husband and allow him to be. Together, Nathan and I have learned to grow spiritually as individuals and in our marriage. Then, of course, we have learned we have to, that’s right, communicate about the walk and faith journey we are living. Both Nathan and I have learned to encourage one another’s spiritual gifts. His are different from mine. We encourage each other to develop and grow each other’s gifts. And together we have grown in faith as the foundation of our marriage.

6. Laugh. Sounds simple enough? Do you laugh everyday with your spouse? Sometimes we laugh at each other. At jokes. At each other’s quirks. Funny stories. Laughter often comes in time spent together. Sharing a cup of coffee or glass of wine to unwind to communicate. And laugh. Play a game and laugh. Watch a comedy movie or television show together and laugh. We have spent our fair share watching Everybody Loves Raymond re-runs and laughing. Play outside with your kids after supper and laugh.

7. Alone time. This is a PG blog. I am not going into marriage graphics here. But let’s face it, if you don’t spend quality alone together as a couple, you won’t be married long. Or at least not happily married. I am serious. We vacation together as a family but we also have our kids go to visit grandparents which we thankfully have nearby and go on dates, or for a weekend away or even a longer vacation when time and money allows. You have to keep romance and that love that started everything off from the beginning, going. It’s not all romance either in alone time. It’s the communication, the allowing time to laugh, to spending time doing things you both love to do or a hobby you both enjoy, even if it’s training for a race together, working in the yard or a garden alongside each other, going to a coffee shop to sit and drink a mocha together, a walk on a trail, a beach or on a horseback ride together, depending on where you live. Alone time falls through the cracks often as life is hectic but is a foundational key to making our marriage work.

Daily communication, eating together as a family, taking turns to building each other up, being sensitive, growing spiritually, laughing and spending alone time together are seven realities in our seven years of marriage that work for us. We don’t have the “Seven-Year Itch” and instead are celebrating tonight. With steak. At home. Together.

What are other tips you have that make your marriage work?

Previous Post: « Don’t live by labels alone
Next Post: Do you have an inner Hulk Hogan or Strawberry Shortcake? A look at favorite costumes. »