“It is not the critic who counts; not the man who points out how the strong man stumbles, or where the doer of deeds could have done them better. The credit belongs to the man who is actually in the arena…”

At our local county fair this past weekend a group of cowboys organized a ranch rodeo. The “intermission” was a boot scramble for kids. There was a life lesson in the boot scramble that I watched unfold.

Miss E, age five, was appalled at the idea of the boot scramble. Take off your boots in the middle of the dirt arena, run back in your socks to one end where all kids would race to the middle to find their boots, put them back on and run back again to finish the race. Miss E said to me, “And get my socks all dirty? NO way!” She wasn’t throwing her boots into the pile for dirty socks.

But her younger sister, Miss A, age four was game. She tossed her boots into the lower right bottom corner of the pile. 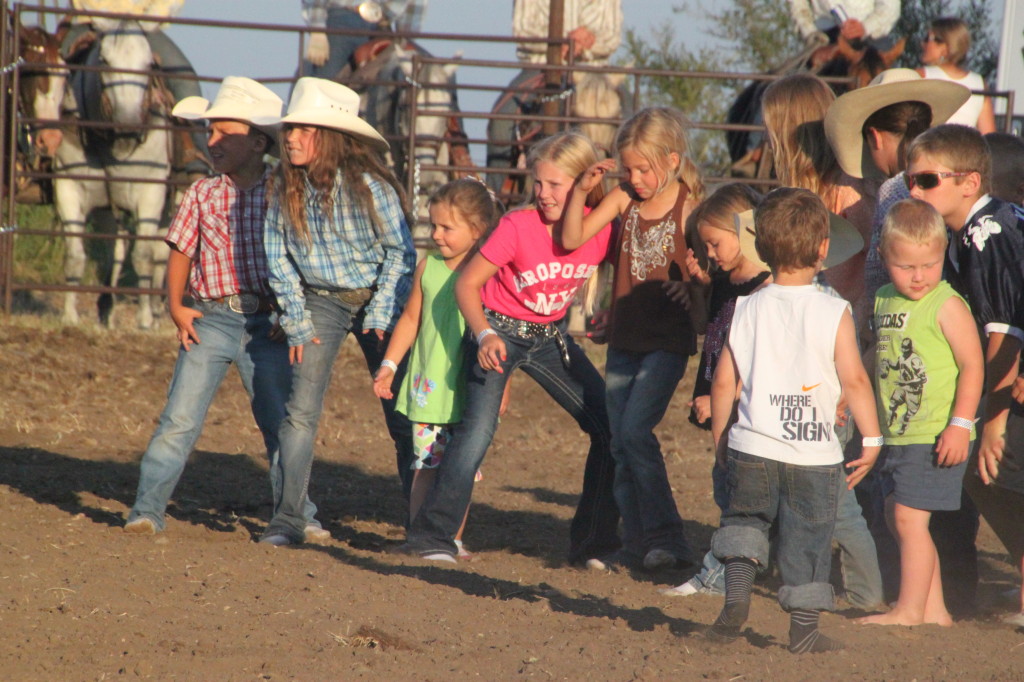 Miss A, in the bright green shirt, was next to her guide and friend, Cowgirl Lauren, in pink. They were ready to race.

Kids ages five and younger moved ahead of the older kids with a bit of a head start.

Our brave and aggressive Miss A was off to the races in her first boot scramble. She reached the pile of boots. 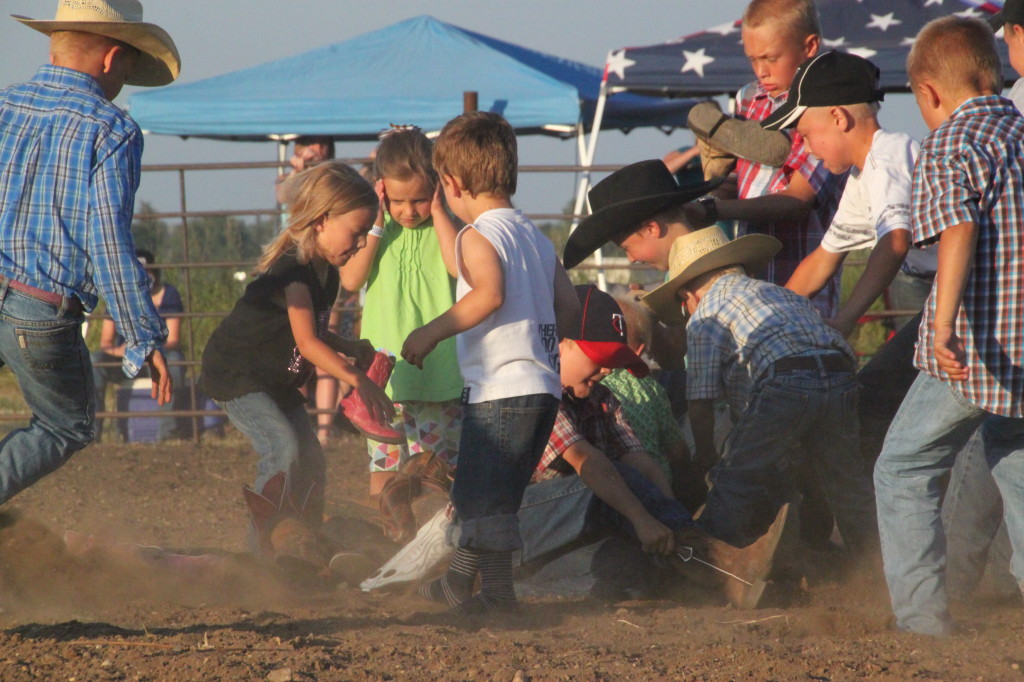 But suddenly, the older kids were arriving at the same time. Miss A became overwhelmed. 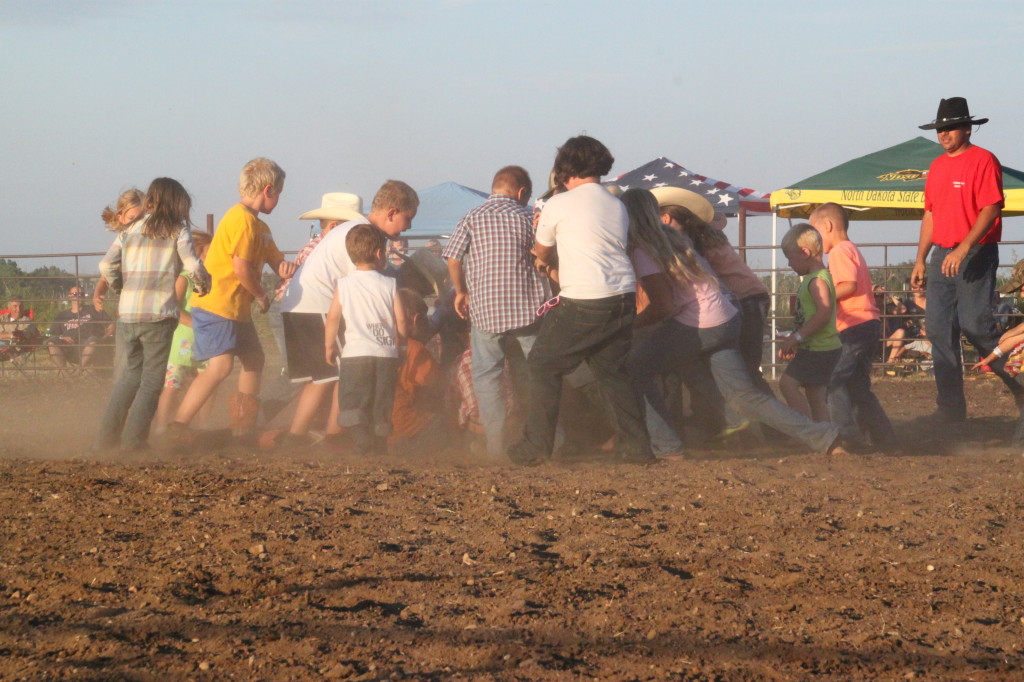 We lost her in the dust and kids. But a kind man, Mr. Jeremy, in the red shirt, came to Miss A’s side. He kneeled beside her. She wiped a few tears and said, “I can’t find my pink boots!” Mr. Jeremy helped her. She slipped her boots back on her dirty socks with a smile and ran back to the finish.

Miss A finished the race with a high-five waiting from Cowgirl Lauren. It was a ranch rodeo life lesson for me watching my baby girl in a dusty arena, behind a lens with corral panels between the two of us.

In the game of life we can put everything we have in. We see the destination and goal shining ahead. We can start out strong towards the goal but then stray. Often we are pulled down by weight we feel we cannot bear. By others pushing us down or passing us by. Some are smarter. Faster or stronger. We want to quit as we feel left behind, wounded in the dusty arena. Sometimes we have to pause, take a knee, refocus and dust ourselves off. A mentor might come along aside of us to lend a hand, a shoulder to cry on, a listening ear or calming advice. It is then we do not quit. We stand up and finish the race marked out for us.

And that is the life lesson my four-year old, Miss A taught me in her first ever boot scramble at a ranch rodeo on the North Dakota prairie. I think a New Yorker turned cowboy who once ranched and rode the western North Dakota Badlands and later became the 26th President of the United States knew the lesson Miss A learned and he achieved greatness after loss.

“It is not the critic who counts; not the man who points out how the strong man stumbles, or where the doer of deeds could have done them better. The credit belongs to the man who is actually in the arena, whose face is marred by dust and sweat and blood, who strives valiantly; who errs and comes short again and again; because there is not effort without error and shortcomings; but who does actually strive to do the deed; who knows the great enthusiasm, the great devotion, who spends himself in a worthy cause, who at the best knows in the end the triumph of high achievement and who at the worst, if he fails, at least he fails while daring greatly. So that his place shall never be with those cold and timid souls who know neither victory nor defeat.” -Theodore Roosevelt, “Man in the Arena” speech, given April 23, 1910

Previous Post: « I met my husband on an airplane; a flight of faith
Next Post: One Positive Headline About Western North Dakota Jobs and Growth »