We all probably know a veteran. They are unsung heroes. Most haven’t made headlines. They don’t have accolades to show for their service. They have stories, loss, grief and a lifetime of memories that may bring joy and/or haunt them.
I am not a veteran. I have never been in the military. I was raised near an Air Force base. Our farm had a missile site across the highway. I was aware of the United States military growing up but the only veteran in my life was my grandpa. He has always been and remains my favorite veteran.
Other than books and my formal education, my point of reference for military service and stories all came from him.
I still can’t eat strawberry ice cream without pouring Hershey’s chocolate syrup on it while thinking of him telling me about eating the same when he was in the Army during the later part of World War II. It was a treat during the war. It is a treat for me to have the memories of him telling me stories.

Following his leaving his North Dakota family farm to enlist in the Army, my grandpa served in Italy at the end of World War II. After the war, he earned his college degree. He was in a fraternity across the street from a sorority on the campus of North Dakota State University. At the time, it was called North Dakota Agricultural College. Grandpa knew a younger, former neighbor to his farm in the sorority. They married in 1951. Grandma graduated with a home economics degree. The following year, Grandpa graduated with an agriculture degree. They returned to their roots, the family farm. My grandma’s parents farmed and lived down the same country road as my grandpa’s parents.

My grandparents were the next generation on the farm.

From the 1950’s until the early 1980’s, my grandparents raised their family on the farm. Then I was around before my siblings and cousins joined our family. Then it was grandkids they helped raise. Today they are great-grandparents to our three children. Our relationships run deep because of my grandparents.

Grandpa still feeds and checks the cows, cuts hay, rakes hay, breaks things and fixes them and harvests each late summer alongside my brothers, uncle and parents. Grandma is the most thorough and detailed cook. She is a seamstress. She gardens. She quilts. Both my grandparents are well read, engaged citizens.

Thousands have died in military service for our freedom. And thousands like my grandpa have returned after their service to our country. They move on to live out their lives, quietly, never making headlines.

But we owe our freedoms to the service of our veterans and active duty military. I am forever grateful.

My grandparents have been married for 61 years and continue to live in the house Grandpa’s dad built, where Grandpa was born. Their roots are deep. They love each other, their family, their land, their farm and their country with love and endless commitment.

I recognize that life changes quickly at times. It won’t always be this way. But my entire life my favorite veteran has lived in the same house on my favorite farm with my beloved grandma.

Today, I want to cherish, honor and remember.

Here is a 48 second video I recorded last year of Miss E and her Veteran’s Day Salute. She had so much fun watching it again today. She gets her numbers confused on the video and it makes her laugh hysterically now to see it. Tonight we had to have a “program” in the basement where she recited it again for us, this time with the numbers in the correct order. If you don’t know Miss E, she is very structured. She needs to have things IN ORDER (unlike her mother, but like her father).

This is for you, Grandpa Sonny.

God Bless America. Thank you to all to who have served and continue to serve our country. 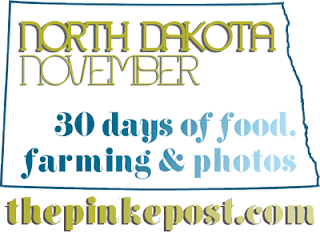 For an array of photos and beautiful words about Veteran’s Day and my grandpa visit my mom’s GriggsDakota blog.
Pin It 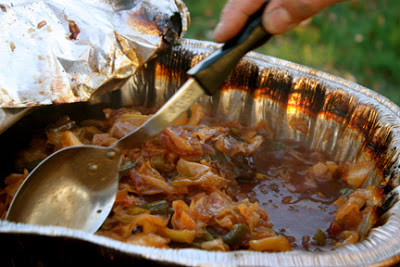