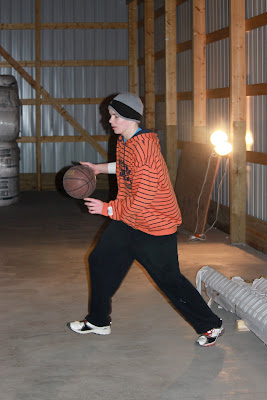 Basketball season for Hunter and his teammates ended two weeks ago in overtime to a top seeded team. That team ended up losing the next night and not going to the state tournament. Last weekend, Hunter watched a team win a state championship that beat three undefeated teams in the state tournament. 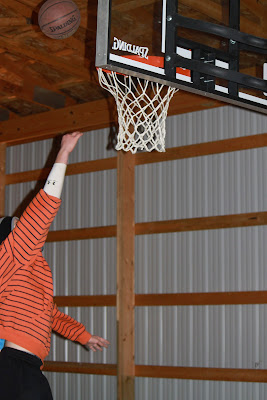 His dreams are big. 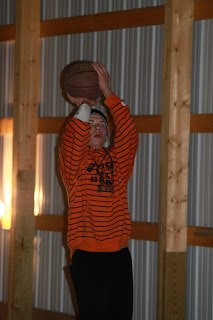 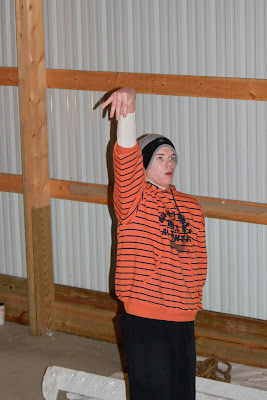 He plots, plans and practices nightly. 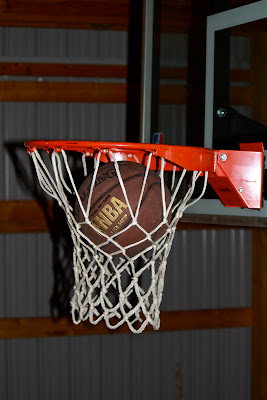 The ball goes in the basket in the barn. 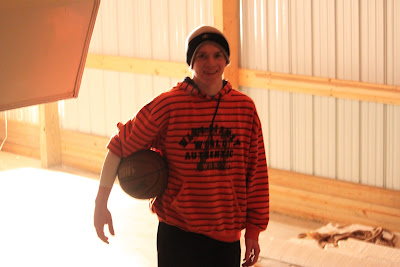 He likes an audience. 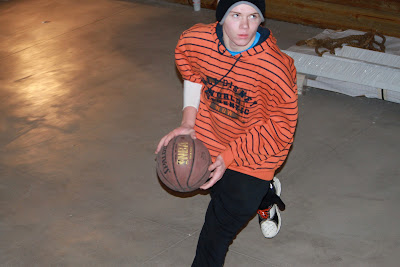 He has his eye on a prize and a goal. 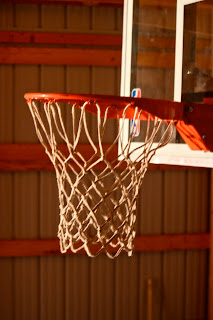 It starts here, in the barn, in the winter, nine months before the next season’s first game’s tip off. 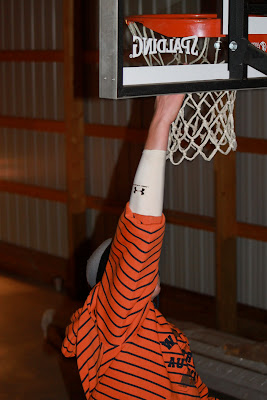 Yes there is a boy with a ball in a barn that has a dream and a goal with a deadline.