When my family gets together there is a lot of basketball talk. Sometimes talk leads to action. 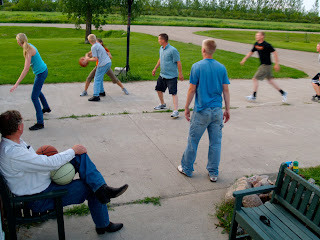 Much of our basketball passion comes from my dad’s playing days. He was the supervisor and commentator in this weekend’s pick up game on the farm. 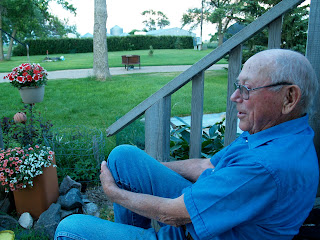 Grandpa also had a few words to share as he watched. 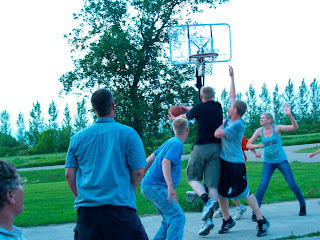 Robbie showed us all that despite wearing black socks with white shoes, he still has enough get up to score on all of us, including our big talking little brother, Joe and our very athletic 15 year old cousin, Wyatt. 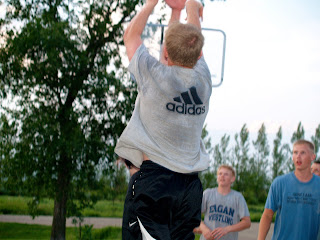 Wyatt showed us his game too…while we sat back on our heels and watched. 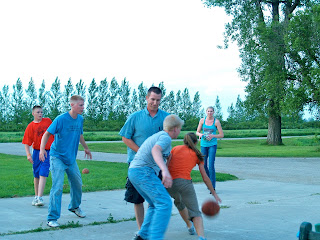 Even the three brave women, (cousin Scott’s wife) Elizabeth, sister Kirsti and me, that played showed their game. I was a part of the game for the first five minutes. Being the only one over the age thirty, I had cousin Logan sub in for me when I got my first bruise as I would prefer to not end up in the emergency room over pick up basketball. Admittedly, I had fun throwing a few elbows on my sister…just like old times. 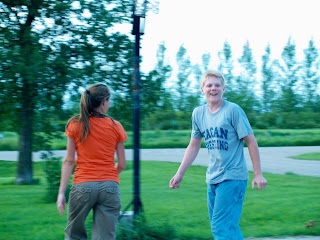 Cousin Logan was all smiles on his basket. 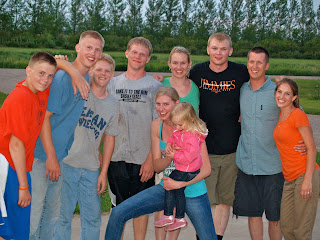 Thankfully we were all smiling when the game was complete. No injuries. No tears. A lot of sweat and smiles. True basketball playing family fun.