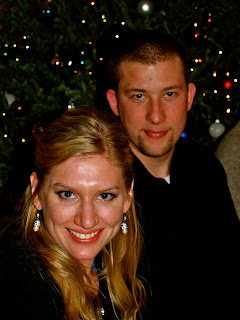 Tomorrow my sister marries Michael on the college campus they met on a couple years ago.
It was just five years ago that Kirsti went to the small college to play volleyball and earn her college degree. I remember Kirsti telling me on more than one occasion, “I am NEVER marrying anyone from here”, noting that no guy was “tall enough” for her other than a few football players who were “jerks” and basketball players were off the list to since my brother, Robbie, was on the team.
But God had another plan.
Enter Michael from Oregon who moved to North Dakota for college because he loved the wide-open spaces, a quality, affordable college education, low cost of living and genuine people. Matter of fact his entire family ended up moving here for those reasons. Mike spotted Kirsti on campus and the rest is history. Mike and Kirsti are meant for one another and today I could not be more proud of my sister.
Kirsti and I are entirely opposite on many fronts but she is my loyal, true and amazing friend.
What I admire most about Kirsti is her ability to adhere to her values and faith. She is tall, stunningly beautiful and knows who she is. Many women in their early 20’s are wavering and searching in life. Kirsti has never wavered from who she is and what she wants from life. Kirsti stood true to what she wanted in a partner for life and despite her belief that she would never find that dream man at her small college, God had a bigger plan. This weekend we will celebrate as Mike and Kirsti become husband and wife.
I could not be more proud as a big sister and friend.
Please say a prayer that we do not have anymore hiccups this weekend and all goes smoothly as planned for this young couple. We won’t list it out but their reception site was actually struck by LIGHTNING earlier this week (thankfully it didn’t burn down but as of today there are no lights yet) which is the tip of the iceberg of the little issues they have been having with details. And believe me Kirsti is one organized, detailed bride. All that aside, tomorrow will be a divine and joyous celebration of two lives becoming one. Now I have strict orders to get decorating.
Happy Wedding Weekend!