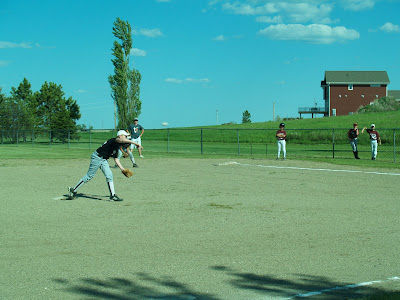 Three innings of pitching, eight strike outs…Hunter is officially a pitcher. When he was not pitching last night, he played first base and had a big game winning hit to left field in the second game. Summer is officially kicked off when small town baseball is going strong. Mama Jane, Auntie Kirsti, Gma Carol, Nathan, Elizabeth and I were camped in our chairs, cheering on Hunter. 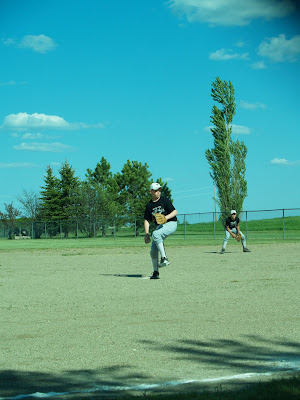 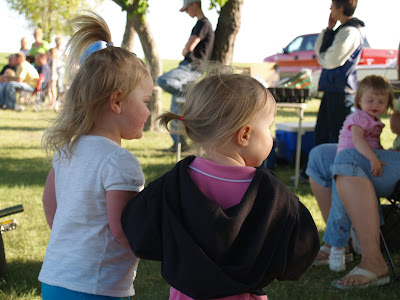 Ponytail girls
Emerson (or “Emme” as Elizabeth calls her) is the younger sister of Hunter’s buddy. Emme and her family often sit ahead of us in church on Sundays. The girls are eleven months a part in age and fabulous friends. They play together at the park, in Emme’s back yard play house, throw rocks into the lake with their daddys and last night entertained one another at the baseball games. 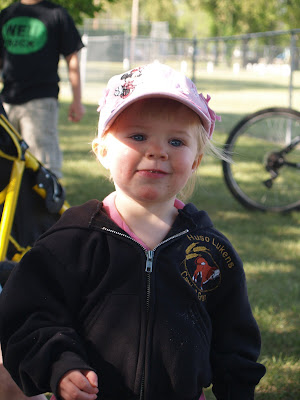 Elizabeth eating as many as of Emme’s crackers as she can. 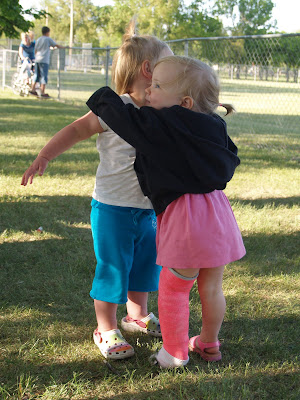 The pink cast is scheduled to disappear early next week!