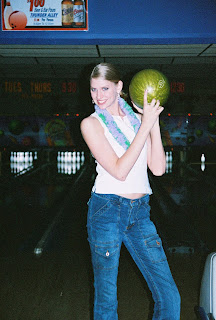 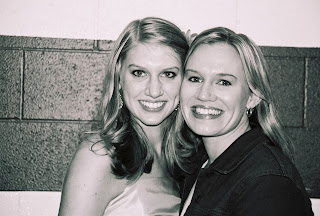 A little family history, Kirsti (pronounced Key-r-ste) is named after our Great-Great Grandmother Kirsti from Norway. She was a pioneer woman who homesteaded in North Dakota, farming and raising six children after her husband passed away. She never did speak English. Although she could have if she had wanted to. She died at 101 years old in 1964. Our mother’s name is Jane Kirsti. 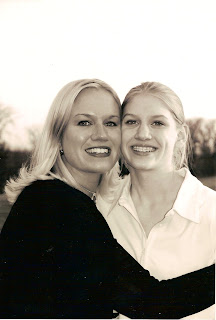 At my college graduation, Kirsti hadn’t hit her growth spurt yet. We were actually the same height! Although dear grandpa reminded me that spring “Kirsti is half an inch shorter and half as wide”. Brutally honest. We love Gpa Sonny. 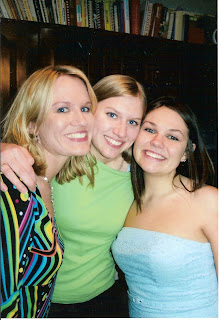 Me, Kirsti, Dana in 2005 at Dana Elizabeth’s high school graduation

Kirsti is my little sister. When she was a seventh grader, she only a mere 5″4″ in height whereas I had been 5’8″ in seventh grade. I was about her age now at this time and teased her about being the “runt” of the family. In the end, I am the forever older (and of course wiser) sister but I am the runt between the four of us kids. Kirsti is a beautiful 6’4″ tall and she is no longer my little sister. She is indeed my true and loyal friend. We are opposite in many ways but that makes us be able to laugh at the other and make each other a stronger, better person. She will compete in her last season of volleyball this fall and graduate from college in December. Kirsti is one of those students that takes 19 credits a semester so by the time they hand her a diploma she will have a couple of majors and three minors. Whatever she does in life, she is sure to be a success.

Happy Birthday KRL. We miss and love you and can’t wait to see you this week!