Today is my grandpa’s 91st birthday. He is celebrating by living in the same house he was born in on the rural North Dakota prairie in 1925, the house his father built in 1919. I have a longer tribute in my Agweek column but here is a shorter version with a few favorite pictures from the last year with my grandpa at age 90. 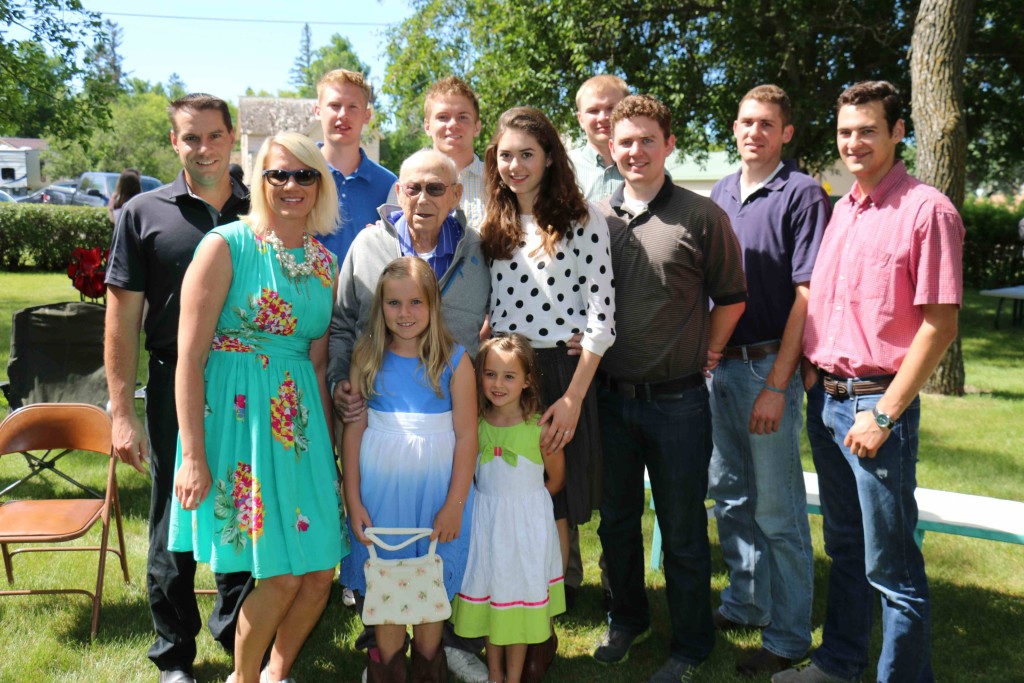 Like all farmers, grandpa worked hard and long and expected those around him to do the same. Grandpa also instilled in us a love for the outdoors, the land, the wildlife, the livestock and each season. Sunday church and family time took priority. He always stopped for noon dinner and lunch in the afternoon. I have fond memories of preparing his extra special lunch—a peanut butter and pickle sandwich. 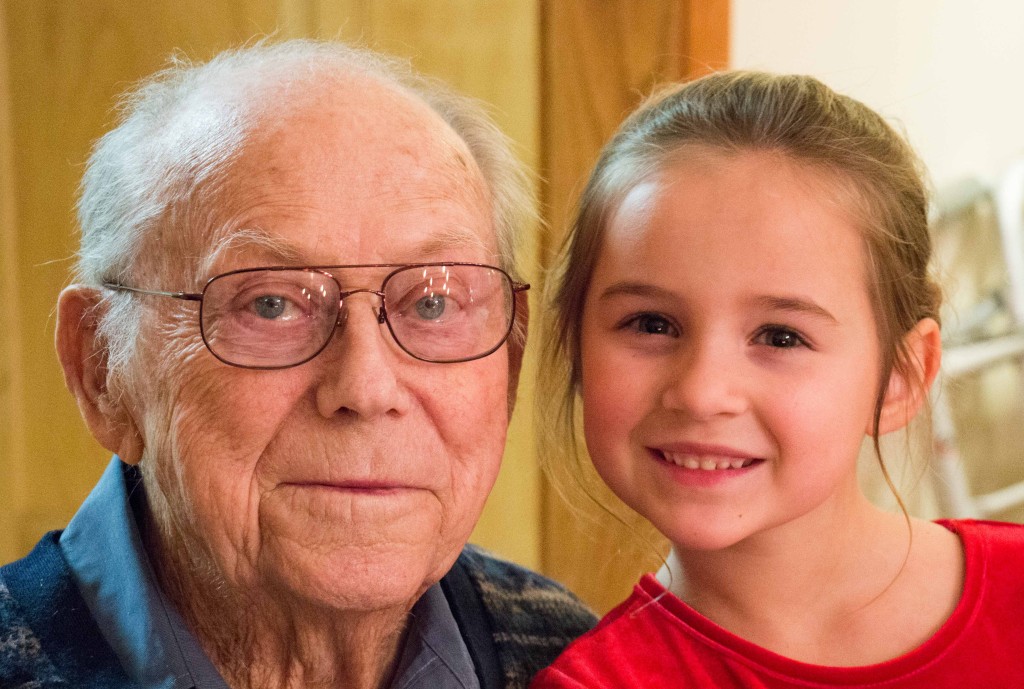 As a kid, grandpa would pull me on a sled for hours behind his pickup. It probably wasn’t the safest, but I lived to tell and it was loads of fun. On Christmas Eve, when I was in fifth grade, he made me help him pull a calf in my church dress because he thought I needed to learn. Several times, he took me to the Winter Show in Valley City, N.D., and introduced me to all the cattlemen there. I was certain I was never going to be a cowgirl or farm girl; I was destined to live in a faraway city.

Looking back, I realize my grandpa was instrumental in fostering my passion for rural life, agriculture and family. 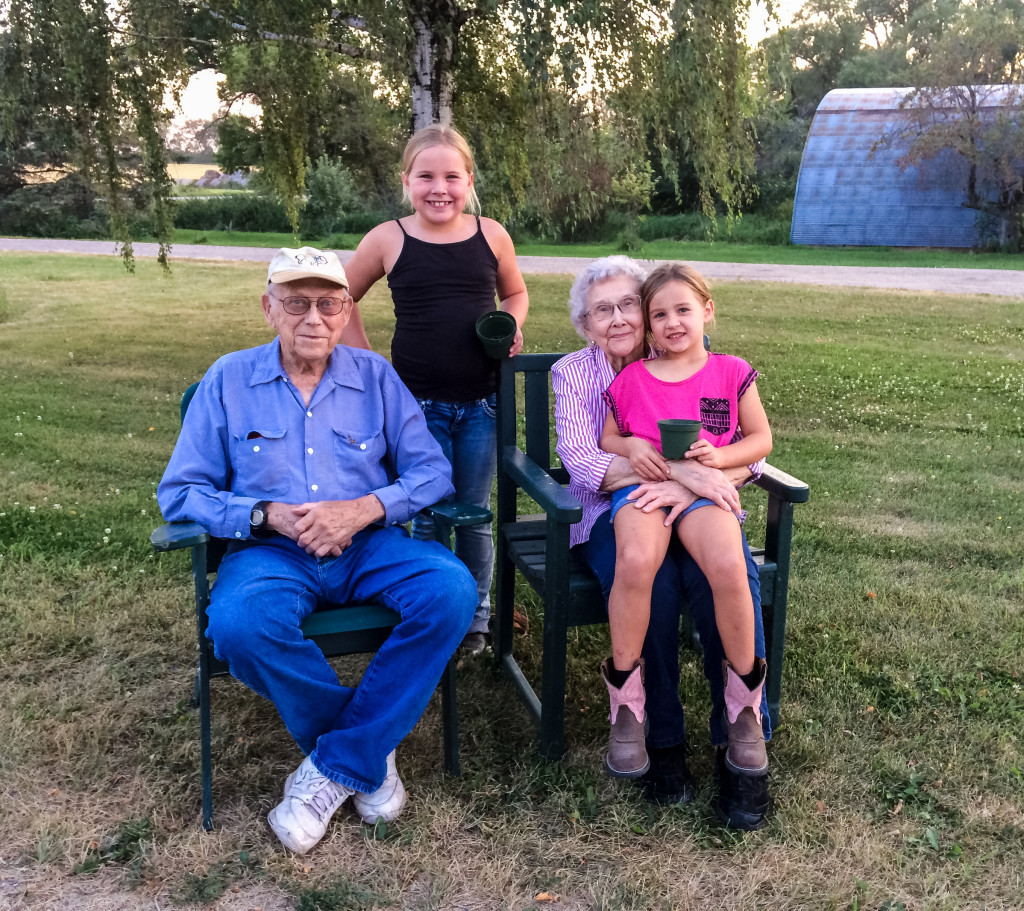 Grandpa is fiercely loyal, especially to his wife of 64 years, his five children, their spouses, his 10 grandchildren and his five great-grandchildren. For the past 18 years, he has been a role model to our son, Hunter. Grandpa told me recently his goal is to get to “one more” basketball game of Hunter’s this winter. When he’s not in the stands, grandpa is glued to 600 AM KSJB radio or BEK Sports on television.

This past summer, during harvest, I stopped to pick up grandpa on the way to the field to deliver my mom’s homemade supper. Until just a few years ago, Grandpa drove a tractor, swather, combine or truck to pitch in during planting, haying and harvest. He often took “night checks” during calving season well into his 80’s. As grandpa rode alongside me in the pick-up, my mind kept replaying our many rides together. Grandpa was never short of wisdom or direction.

If I live to be 91 years old, I hope I’m firmly planted like my grandpa, with my elbows locked with my lifelong love, living in the home and on the land that helped sustain my life.

Happy Birthday, Grandpa Sonny. You’re one of the greatest men I will ever know. Thank you for a life lived by example and the foundation you built for our family.

I am crying now. And I know you are you too. 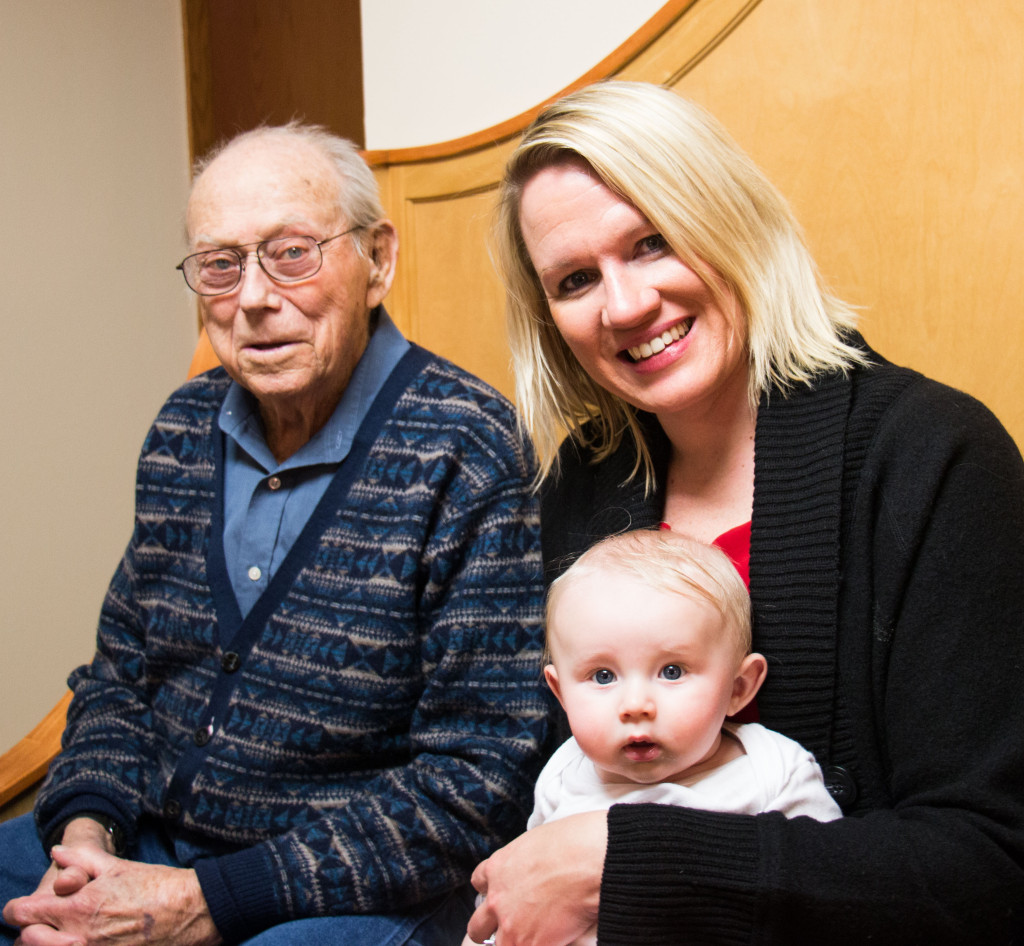 Previous Post: « The Importance of a Loving Day Care Provider
Next Post: Every last brings a first »