In 1997, I became a single mother in a complicated situation. For a while, the father of my son, who was never my husband, and I had joint custody—one week with me, one week with him. According to a North Dakota district court, we were to equally share in the nurturing, care and upbringing of our son. Even as an infant, the back-and-forth shuffle caused extreme turmoil. Every seven days, I had to hand him over to his dad—and walk away with our son’s facial expressions etched in my mind and his scream penetrating my heart.  This was followed by his father doing the same the next week.  While the Judge might have felt this was an easy solution and fair to the parents, it was a horrific situation for our son.

Seventeen years later, I can’t shake the ache of that arrangement—and that’s why I’m voting no on Measure 6, which assumes each parent is fit and entitled to equal parental rights, unless a court says otherwise. Notice the measure never mentions kids. It only talks about parents.

If “yes” comes out on top on November 4, Measure 6 would amend section 14-09-06.2 of the North Dakota Century Code to create a presumption that each parent is a fit parent and entitled to be awarded equal parental rights and responsibilities by a court unless there is clear and convincing evidence to the contrary. The measure would also provide a definition of equal parenting time. 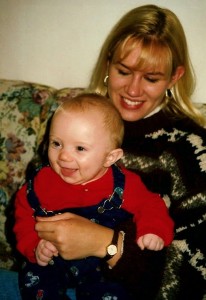 There’s no shortage of opinions about the roles a dad and a mom play in parenting. Yes, I’ll be the first to acknowledge a dad and a mom should work as a whole unit to raise their children, if that is what’s best for the children. Unfortunately, it doesn’t always work out that way, which leads to broken hearts and deep wounds.

Though all of the ugliness, the children haven’t done anything wrong. They aren’t to blame for their parents mess. Yet, Measure 6 completely ignores the children who are suffering. Measure 6 deprives children of consistency, automatically entitling parents to equal parenting, unless one parent proves the other is “unfit” (which means who knows what).

Vote no on Measure 6 and allow North Dakota courts decide what is in the best interest of each specific child. Family law is often complicated and ugly. Let’s not assume, across the board, parenting roles should be equal.

If it wasn’t for a passionate attorney and resources provided by my parents, our story might not have a happy ending. A joint custody arrangement would have been our reality.

Just before our son’s first birthday, we moved to the next phase of the joint custody schedule, two weeks with me and two weeks with his biological father. By the time he was 18 months old, the schedule was to shift to four months with me and four months with his father. The thought of our son living out of a suitcase for months on end only to pack up his belongings when time was up to move back in with me was agonizing. He did nothing to deserve this life.

Before the 18-month mark, the Supreme Court of North Dakota ruled (with names removed) : “The trial court’s purpose in ordering alternating physical custody of (child’s name) was to force the parents to assume the responsibilities of parenthood, encourage and assist the parties in re-opening direct communication lines between each other with the child’s long-term best interests at heart, and to allow both parents to share equally in the child’s nurturing, care and upbringing. Those goals, however, can be substantially achieved with less disruption in the child’s care by granting one of the parents primary physical custody and granting the other parent liberal visitation. The trial court did not make findings indicating its alternating physical custody arrangement was in the best interest of the child.”

The Supreme Court of North Dakota did what was in the best interest of our child. Today, our son is a high school junior who excels in an array of academic, athletic and arts activities. He is surrounded by four generations of family who love him.

Earlier this year, I met one of those Supreme Court justices who made our ruling years ago. I thanked the Honorable Justice for the decision that brought consistency to our young son’s life. 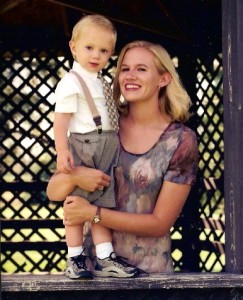 Currently, the polls show North Dakota voters favor Measure 6. I don’t want to even think about how Measure 6 would have altered our son’s life if we were to rewind 17 years. One-size-fits-all parenting does not work for our son … or your daughter … or the children of North Dakota.

I urge you to put kids first and vote NO on Measure 6 in North Dakota.

The proponents of Measure 6 would have you believe this is a “men’s rights” issue.  It is not.  Just ask the many fathers who have been awarded custody of their children by our courts.  They are as alarmed by this measure as I am. In the coming days, I will share a perspective and story from a father opposed to Measure 6.

Six reasons why I’m voting NO on Measure 6:

When you go to the polls on November 4 in North Dakota, I urge you to think of children ahead of parents. Vote no on Measure 6.

Update: For the first time in seven years of blogging, I have turned off comments on a post. In the comments there was derogatory language and one even led to an angry phone call to my home. This isn’t about the details of my story. This is about why I am voting no on Measure 6 in North Dakota. I am not an attorney. This is not my expertise. I am simply sharing my personal perspective. I am in favor of shared parenting when parents can agree to do it for the best interests of their children. But equal parenting for all is not fair to kids. Each case is different and I don’t know how I, as a voter, can mandate equal parenting for all kids. It’s political season. We do not have to all agree but we can be respectful. Thank you for understanding.

Previous Post: « The Legacy of Long Marriages That Rarely Make Headlines
Next Post: A Father’s Perspective: Vote No on Measure 6 in North Dakota »