A blizzard has hit the central and southern parts of the United States. It has taken over my social media feeds. I just have to share how we deal with six months of snow and ice in North Dakota. We bring the snow inside the house for indoor fun! 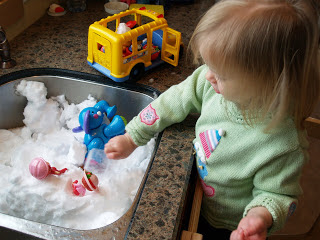 Fill your sink with snow for serious playtime. Then go collect some snow for Snow Ice Cream. Paula Deen’s recipe calls for sweetened condensed milk. I don’t think Southern Belle Paula is an authority on Snow Ice Cream. I prefer real milk and sugar in Snow Ice Cream. As a lifelong North Dakotan, it might be the only recipe I am authority on over Paula Deen. Of course, I learned this fabulous trick when I was a kid from my mom and she probably learned from her parents. It’s a secret of living with snow and raising kids!

I don’t measure but we bring in a gallon pail of fresh clean snow, add some cold milk or cream, sugar and vanilla to taste. Stir in until a good consistency. You add flavors like chocolate syrup if you like. Eat it up and make your children absolutely love being hunkered down indoors.

Happy Family Fun in a Blizzard! Ironically, the world is still and peaceful in North Dakota. There isn’t a blizzard in sight. 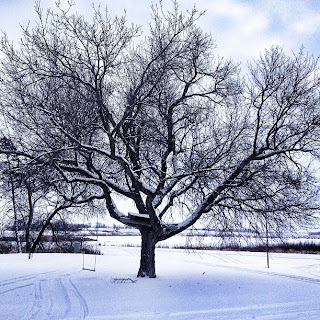 What’s your favorite indoor activity in a blizzard?