The wind is howling. We are hunkering down for the big “Upper Midwest” winter storm. I’m a little under the weather myself, hoping rest during a storm cures this bug. Tonight our now teenager and I found these photos from a few years when we had 30″ of snow in 24 hours in March. This pending and now arriving storm, however, is our first blizzard of the entire winter. It’s unheard of on the prairie to have our first blizzard in late February. Some winters we have so many blizzards local weather forecasters name them like hurricanes. If that is the case, this is Blizzard Ann and I hope Bob is not on his way until next winter.
As I have traveled to other parts of the country I learned we don’t shut down with snow as other non-prairie blizzard areas of the USA.

I once was in Nashville waiting for my cab to the airport after 2 inches of wet slush. No one was on the streets. The city was shut down and I am sure the grocery store shelves were bare. The cab driver picked me up late as I stood outside my hotel, dashing out of his car to me like I was freezing to death. It was the mid 30’s Fahrenheit and I was content. I am always cold but I have grown up and lived out winters. He said to me in his finest Southern drawl, “Ma’am we’re going to get you to the airport in these total whiteout conditions.” I smirked and told I certainly appreciated him coming out to pick me up in these treacherous, total white out conditions. The airport was open with no lines and it was an easy travel day home. But Nathan and I have been joking to one another ever since about “total white out conditions”. 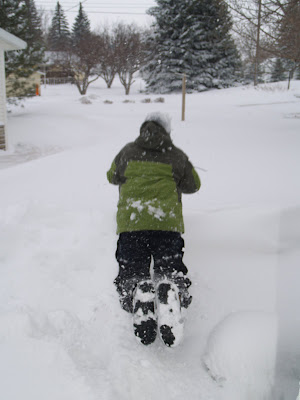 I don’t imagine if the Nashville taxi cab driver came to visit the prairie that he would jump in the fresh snow like our kids do once a storm has passed. Or start up a snowmobile like my husband loves to do and go for a ride. This year our snowmobiles aren’t even out of storage.

Prairie dwellers tend to embrace the circumstances and celebrate them. We are proud of our hearty, blizzard surviving tendencies. We learn it as children. My mom told me as a child that “God accidentally put (me) in the wrong family.” God should have put me on a California beach.

But no such luck, I was stuck in North Dakota. Then there are adults like my husband who loves snow and has since birth. He embraces snow. He loves snowmobiling. 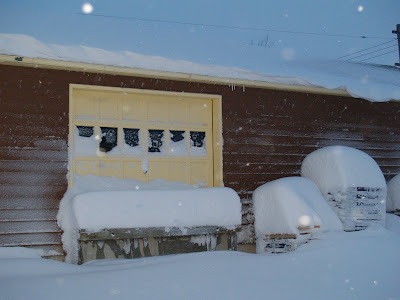 I don’t embrace it. I just dream of the day it will be melted, not too quickly to cause flooding but soon enough to have grass to mow, flowers to pick, vegetables to weed, outdoors pools to open and baseball games to attend. 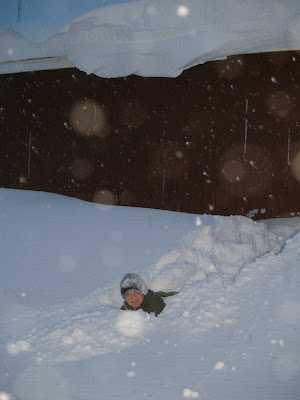 But I find joy in those who celebrate “total whiteout conditions” and fresh prairie snowfall.
Do you love snow? Tolerate it? Or avoid it by living in warmer climates?