Due to weight and balance restrictions on a small plane a couple days ago the flight attendant asked for volunteers in the first seven rows to move to back open seats. No one was moving. I grabbed my purse and bag and moved to the first open aisle seat, 14B. The woman now seated beside me was an attractive blonde woman who made a few comments to me about her boyfriend having his pilot’s license and how weight and balance restrictions freaked her out. She was flying into Bismarck from Los Angeles and asked where I was coming from. I explained I had been in Fresno working with women in agriculture and that I previously had worked with farmers across the state. And that’s where it all began. As the plane pushed back from the gate from Denver, bound for Bismarck, I thought I was going to shut my eyes for a nap.

Instead, the blonde woman who I’ll call Anne for her privacy, said “Oh are the farmers doing better?”
I said, “Better? I’m not sure what you mean?”
Anne replied, “At not abusing their animals. I did a lot of campaigning and fundraising for Prop 2 to pass and we did it. But I’m just wondering if they are still abusing their animals?” 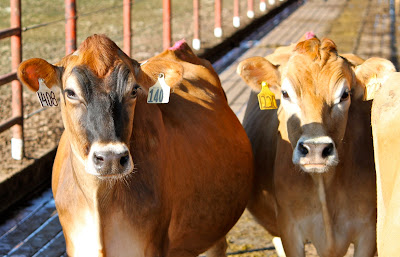 At that moment, I knew in order to get a nap I either had to move seats again quickly or I was in for the long haul. I stayed in my seat, took a deep breath and started a two hour journey with an animal rights activist on CRJ-200 plane filled with 60% oil workers flying into work for the week. But by the chance, fate or divine planning, I was seated next to the only animal rights activist on the plane who boldly raised her voice and said to me, “I can’t believe you believe in the inhumane treatment of animals” when I started to explain my background in agriculture, the history of our family farm and my passion to not have farmers taken out of business by activists.

At first she did not understand my position. It was like talking to the best trained spokesperson that was filled with false propaganda. I thought again about moving seats. Then I said:
“I am a mother of three children. I would never hurt or abuse my children or any children. But there are child abusers. I have zero tolerance for child abusers. They should be locked up and never allowed to touch a child again. But just because you hear of child abusers in the news, you don’t assume that because I have children I abuse them do you?”

I continued.
“Why do you assume that because there have been extreme and few cases of animal abuse that the rest of the 99.9% of farmers care for their animals in the same way? Do you know that some insistences activist groups have actually planted people on farms to create undercover falsified videos? If someone is indeed though mistreating and abusing animals as far as I’m concerned they can be punished just as a child abuser is. But please don’t disrespect all farmers.”
Then I got out my computer and began a journey through numerous photos. I’ll show you a few photos today and continue my story in upcoming days. I care about animals. I care about people. I have given this days to settle within me and the story must continue before I can let it rest. 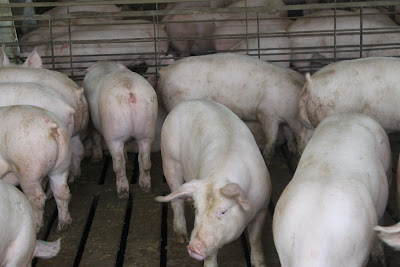 I explained to Anne that I didn’t grow up with pigs. But through social media connecting me to farmers and organizations through my professional work previously I was able to meet farmers like Connie in the below YouTube video. Anne agreed the pigs looked as clean as they could be and she didn’t mind seeing how they are raised in barns. Anne also loved learning about the bio-security and food safety that goes into raising pigs.

I am blessed to know where our food comes from and I trust our food system is the safest in the world. Anne doesn’t. Matter of fact she hadn’t ever thought of feeding the world until we talked about it. 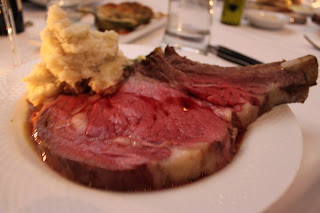 Anne and I agreed that in general we are affluent and selfish Americans who can afford the food we want to purchase compared to most of the world. I explained global food demand with quickly increasing population and increasing demands on farmers. 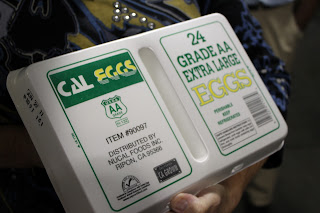 Then Anne and I discussed Prop 2 in California and the economic impact of this ballot initiative that was passed in 2008. By 2015 it will have put many egg laying chicken farmers out of business because of the cost it requires to meet the new standards. 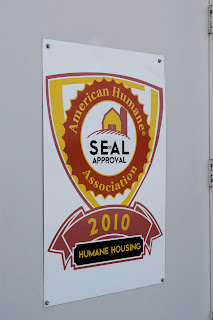 What are the solutions? I don’t have them all but I know an opportunity when I see one. Anne and I talked for two hours. Do most Americans even care about these issues? Not for a moment. Should they? I think so. 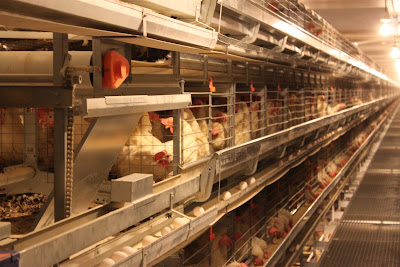 Because where your food comes from matters. I want my food grown in North America as much as possible. As Anne commented as she looked through my many photos, “Those look like happy chickens.” They are and they are healthy American chickens. I explained in further what I knew about the chickens and the egg safety. Then Anne opened up to me about her background, her boyfriend’s animal foundation and her true feelings about animal rights activism. By the end of the flight we were exchanging contact information.

What did I learn from Anne? Plenty. She’s a Republican that wears leather but not fur. She eats meat but doesn’t trust farmers. She won’t have kids in Los Angeles. She thinks her superstar neighbors are weird and craves the serenity and peace of her childhood in North Dakota. That’s more for another day.

What did I learn?
1. Be willing to listen first.
2. Share your story.
3. Find common connections and build upon them.

Previous Post: « WW w/ linky: Gourmet Dessert Bar Planning
Next Post: Winter activities for kids (in the middle of no where) »