Have you ever found a diamond in the rough? An unexpected treasure?  It catches you off guard, refreshes your outlook and this weekend the gemstone we found on the south side of Minneapolis was just that.
That “In the Ghetto” song kept playing through my head this weekend because that is where I thought we were headed. My mom had sheet music for the song when I was kid. Written by Mac Davis, made famous by Elvis Presley, “In the Ghetto” I played on the piano and my mom played on the guitar. For ten seconds at a time, I dreamed and pretended we were the North Dakota prairie version of the Judd’s, country music’s mother daughter duet. (And if you are remotely aware of my unmusical self you know it was a short dream. But my mother is a songwriter musician so she was my hope in that dream.)
Somewhere around East Lake Street and Midtown, our teenage son, Hunter and his eastern North Dakota/ western Minnesota based traveling basketball team had a tournament that was played in the “inner city”, “seedy” part of Minneapolis or as I was humming along “In the Ghetto.”
My forever friend Sara joined us for the tournament. As Sara and I followed Nathan and Hunter (the girls had a much awaited weekend farming on GriggsDakota) to find the “Colin Powell Center” I got a little more nervous of where exactly we were going.
And then we found the diamond in the rough.
Cristo Rey High School, home of the Colin Powell Center where the games were being played. 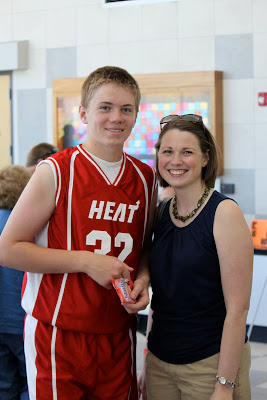 Sara did her I-Phone research and learned this…from Kare11 news.
Cristo Rey High School, amidst the inner city of south Minneapolis, just graduated their first high school graduating class with a 100% graduation rate. All 61 graduating seniors are going onto to post-secondary training or college. All high school students have 9 hour school days and are also lined up with jobs with corporations in Minneapolis and St. Paul.
It’s private, faith based education in the heart of the city. Many of the students are the first of their family to graduate from high school.
As I walked the halls and learned more about the school and the Colin Powell center, the more I thought about why we need more outreach to where we are sometimes, where we can make a difference in the nearest inner city to us. And why I shouldn’t just sing or play the song “In the Ghetto” but actually make a difference in the part of the city the makes me uncomfortable. 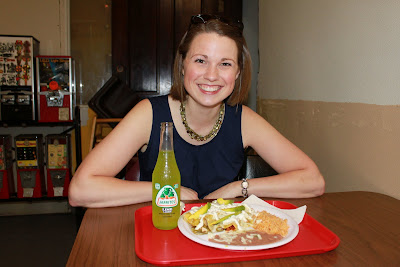 Additional diamonds in the rough a few blocks from Cristo Rey High School are the amazing ethnic food choices. From African groceries to Somalian cuisine to Greek to Mexican, it’s all available within a couple blocks. There also were a plethora of Hispanic Western stores. The only clothing store in our town on the prairie is The Western Store. So to find several Western stores within in the south side of Minneapolis made me feel right at home. 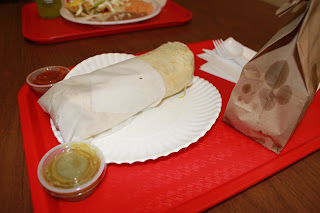 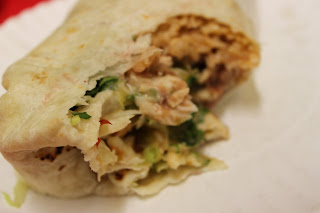 It was so fresh, authentic and yummy. 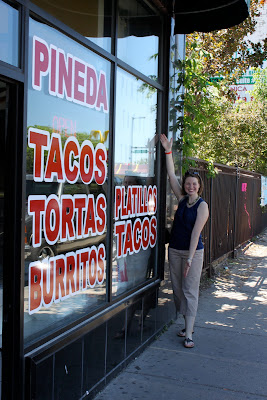 This won’t be the last time Sara and I set out to find other diamond in the rough restaurants. One thing about Sara you must know: she loves a deal. 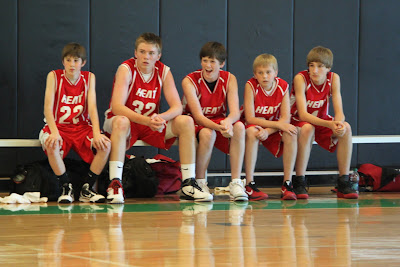 On the court, the boys learned some solid life lessons at the Colin Powell Center of Cristo Rey High School. 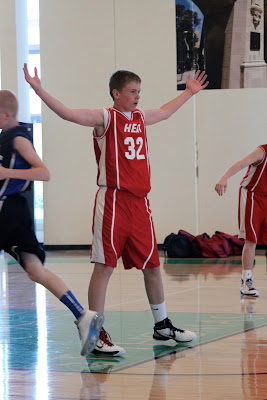 They learned they can compete with the best teams. 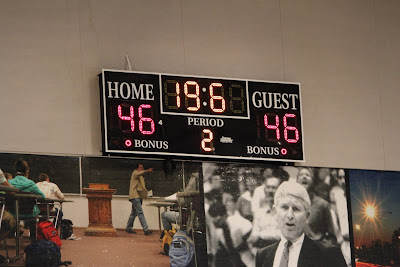 They learned to win and they learned tough losses hurt. Inner city basketball is rough. It’s tough and a little scary. But it made us all stronger, both in basketball skills and life lessons for the kids. Parents learned mental toughness as well as patience too. 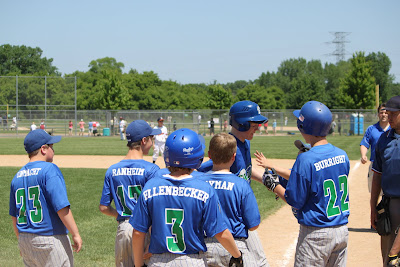 In between games and the tournament, we traveled 30 minutes down the road to see cousin Logan’s baseball game. There was quite a celebration when Logan hit a two-run home run. We were the quite proud cousins cheering him alongside his mom, Theresa. 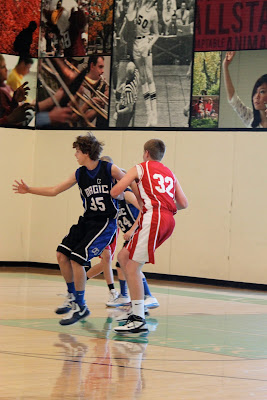 Back in the south side Minneapolis gym, despite the two losses, each by a basket, one in overtime, both with the same score, our team finished off their travel basketball season with a win late Sunday afternoon.
Aside from wins and losses, the biggest lesson I learned this weekend is don’t judge a book by its cover. Sometimes there is a diamond in the rough like Cristo Rey High School that you aren’t expecting to find on the south side of Minneapolis.
We might be back again for future tournaments. Plus we definitely will need a visit to Pineda Taco again for another burrito lunch combo. As we drove through the south side of Minneapolis to get back to the freeway Sunday late afternoon to travel 430 miles west bound home, Hunter said “you know this area really isn’t that bad. The school is really nice and they have really pretty old houses around.” We agreed, explaining that we all could make a difference in this part of the city and seeing Cristo Rey High School is an example of how it is being done.
What’s a diamond in the rough you have discovered in life?
And just in case you need a little Elvis today…I personally prefer Mac Davis’s version. But go figure, Elvis is top on YouTube even though it’s Mac’s song.