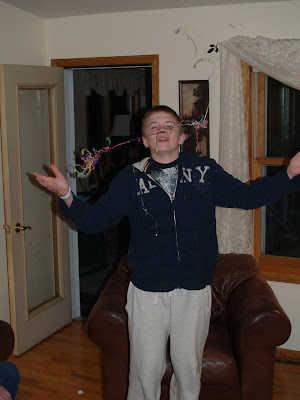 Hunter was quite thrilled to ring in the new year because he actually didn’t have to go to bed at “midnight in New York” this year. Since I was a young child my parents had the New Year’s Eve festivities end when the ball dropped in NYC on television. And we had adopted that rule for Hunter. But that is 11PM not the “real” midnight on the prairie. Hunter was insistence that this year we would all stay up until midnight central time. Not just midnight in New York City! 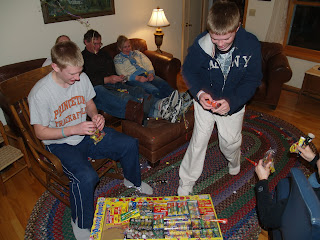 And so we all survived until midnight and celebrated with the largest box of party poppers I had ever seen. My mother is the queen of fireworks so this did not really surprise me.
There were a few that went to bed before midnight. The oldest folk and the youngest folk. 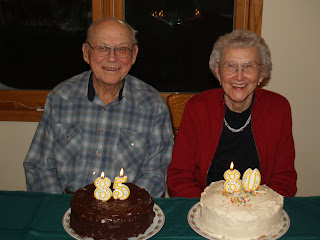 Yes the oldest folk would be my grandparents. They are quite a pair and very young at heart. We had a joint celebration for them on New Year’s Eve. My mom made the most divine from scratch cakes. Just typing about them makes my mouth water. Gma turned 80 a couple weeks ago and Gpa turns 85 in a few weeks. Since Uncle Nathan, Aunt Theresa and cousins Wyatt and Logan were visiting, plus the rest of our crew it seemed like a reason to have another party! 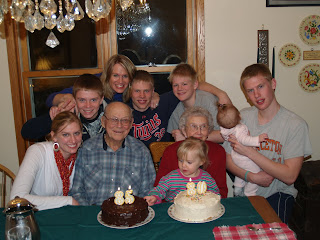 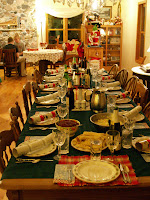 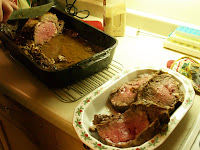 Our feasting table plus the tremendous prime rib we ate. Yes my diet begins this week. 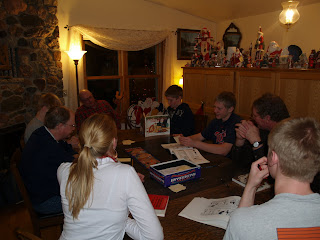 New Year’s Eve celebrations at the farm always include serious board game playing. This year’s first game was an intense Balderdash game. 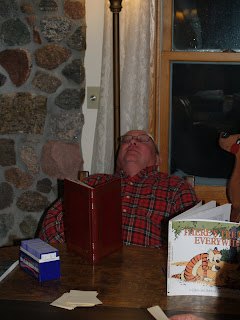 Intense for everyone but Uncle Jim who was winning by so much he could nap his way through the game. 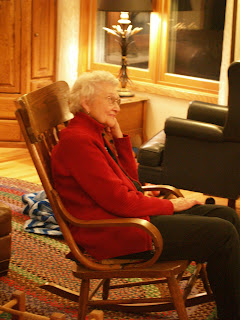 Gma Nola was an onlooker and entertained by the game playing crew. 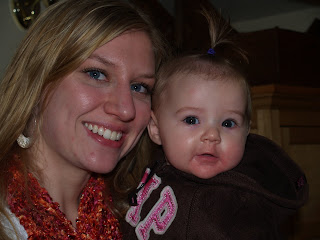 Early in day, Anika (being held by Auntie Kirsti) rang in the New Year with her first little pony tail. She was sleeping long before midnight. 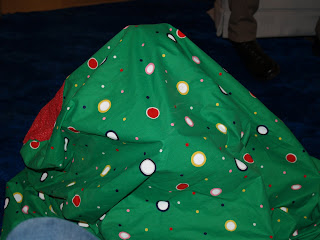 And where was Elizabeth on New Year’s Eve? 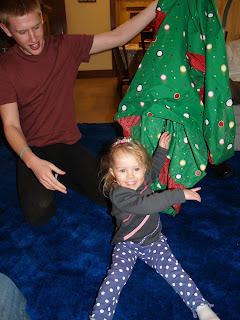 Right in the thick of it. This girl does NOT miss a party. But she did turn in early and was sleeping long before midnight too. Thank goodness because E’s version of sleeping in is about 7AM, regardless of the day of the week.
We came home yesterday afternoon. Nathan and I sat in our living room last night, talking about the past ten days of fabulous family time. We both agreed it was the most “wonderful time of the year” as the song goes and our favorite Christmas with our family.
Now onto the new decade, back into our weekly routine with New Year’s resolutions to chase after. My first resolution begins now: Go to bed earlier so I can get up earlier to exercise three to four mornings a week. And Monday mornings are required.