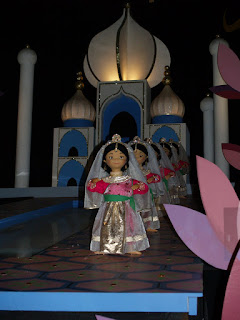 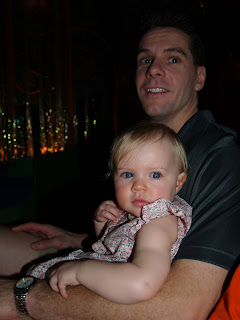 Hunter in his “shell” on another family ride we did at Epcot…the Nemo ride. 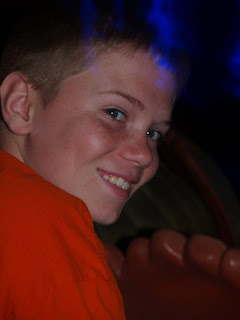 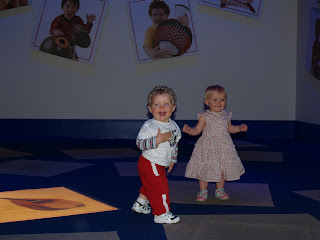 Elizabeth dancing with a new friend she found after the Kodak ride at Epcot. 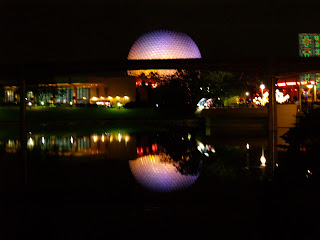 Nathan and I had a “date night” when Gpa Fred and Mama Jane (avoiding the camera in Disney World) took the kids back to the resort. My dad had made dinner reservations for us in “Morocco” at Epcot and then we went to a tremendous Christmas concert. It was narrated by a Tony award winning Broadway actor. He had an awesome voice and read the Christmas story directly from the Bible. The choir had 200 or so in it and was amazing. It was a great evening. 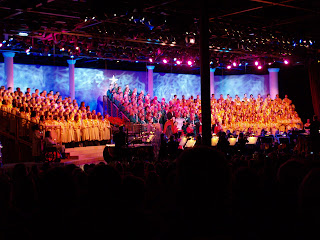 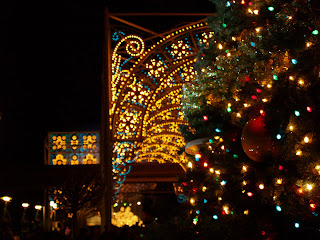 The Christmas season is a grand time to visit Disney World. There were not crazy crowds or lines. It is decorated beautifully. And the temperatures were perfect except it was of course cool (low 60’s) on the day Hunter and I went to Blizzard Beach (huge water park). Good thing we are hardy North Dakotans. The life guards were wearing parkas and stocking hats. And we were wearing swim suits. There were more Disney employees working then people using the water park. But that made for no lines and a lot of fun for Hunter! My back is still recovering. 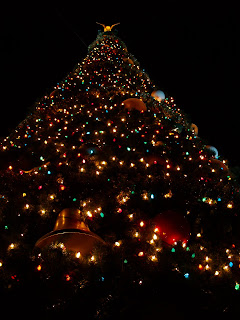 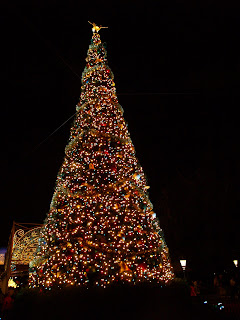 We still do not have our tree up at our house. Late Tuesday night after her birthday bash, Elizabeth came down with nasty stomach flu which Nathan had for a day in Disney World. She has been a sick girl since although I am hoping this morning she will begin to be on the mend. Maybe instead of getting a real tree up yet this week I can just blow up this picture and tack it up on the wall? Seems like a solution to me.