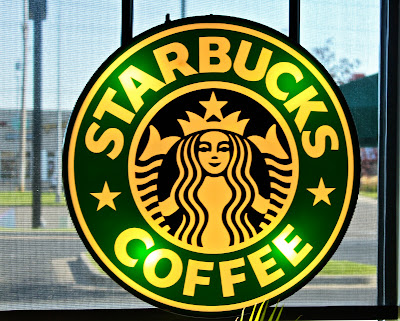 It’s true. We live 97 miles from a Starbuck’s. Believe me I have clocked it. It’s 97 miles from any form of pop culture. 4 years ago you could have never convinced me that I would feel more empowered as a rural woman, wife, mom and professional than I did when we moved here.  I thought moving 97 miles from a Starbuck’s meant I was dropping off the face of the earth.
Instead of dropping off the face of the earth, I have been given a voice, a platform in which to tell our rural story. Attending the #140conf in Hutchinson, Kansas helped me find a greater, bolder voice.
Thanks to the vision of Jeff Pulver, a big city, tech entrepreneurial global success and Becky McCray, a small town visionary and rural success entrepreneur they both gave me an opportunity to share my personal story. I shared why jumping off the corporate wheel has enriched and brought value to our family life and helped me to grown professionally. It’s a story I never imagined anyone would care to listen to…living 97 miles from a Starbuck’s. 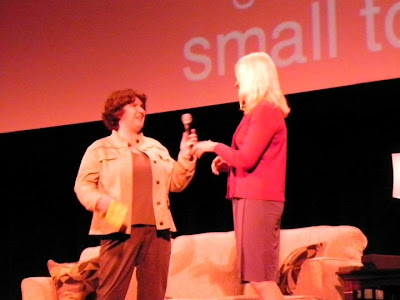 But I learned people actually are intrigued that I drive 106 miles to have a baby, live 97 miles from a Starbuck’s and live in the most elderly per capita county in the nation. There is life on the rural prairie. We are remote. We are rural. We have a voice. We want to connect. We want more businesses to consider relocating to rural. We need continued broadband connectivity to grow. We are empowered to share. We are not just a fly over zone, 97 miles from Starbuck’s.

There are many mentors I have that have helped empower my voice, taught me to share boldly and proudly of our rural life.

Three of them were able to join me for coffee at no other than…Starbuck’s during my time in Hutchinson for the #140conf. Debbie, Janice, Val and I all met on Twitter. Debbie has 5 kids, runs a working cattle ranch while her husband has a off farm career. Debbie of Life on Kansas Cattle Ranch actually had 5 kids in less than 5 years. She’s a hero of mine. She has a strong passionate voice. Her kids are teenagers and two in college now. I can only hope and pray my kids turn out like hers…and my rural life is a success like hers while keeping my sanity.

Janice who many call JP often has her “social media persona” defined for her by others because of assumptions. She’s the red head that works for Monsanto. Sound devilish? The absolute opposite is true. JP’s career working in public relations has connected her to people like me because she has a passion for farming. But why she engages with other rural women has nothing to do with her career. JP is true to who she is on her blog JPLovesCotton. It’s all about…cotton, agriculture, technology, travel, food and connections. She’s kind. She has energy, enthusiasm, a strong will and she empowers me to share my voice. She can debate. She’s open minded. Her career doesn’t define who she is but it opens her thinking to a broader perspective. I respect her because of it.

Val, my fellow North Dakota prairie mama, is a friend I would have never known if it weren’t for social media. There are very few people that can get in car together for 1500 miles, share a hotel room, laugh and cry together and still like each other when it’s all over. Val and I seem different in many ways yet we are cut from the same cloth. She’s smart as a whip, extremely intuitive, a fighter like no other mother I’ve ever seen and bold in a quiet, strategic manner. Val, despite 1000 things going around her from her farm to her family, went with me to #140conf. She empowers me in more ways than she’ll ever know. (And she also has the coolest blog giveaway this month on her blog. It’s pink. It’s big. It’s for fighters. It’s in honor of Breast Cancer Awareness month. If you comment, you enter. So be sure to stop by Wag N’ Tales.)