My daughters came home from school yesterday talking about their school’s mock election. I have kept the television off and their opinions of the Presidential election haven’t been influenced much by my husband and me. We’ve insulated and protected them, on purpose. What was interesting to me is they both felt conflicted with their vote, just like many Americans do.

They took their voting seriously and thought hard about who they voted for and why. And their reasoning was sound, for ages 7 and 8, in the first and third grades.

They split over their choices. 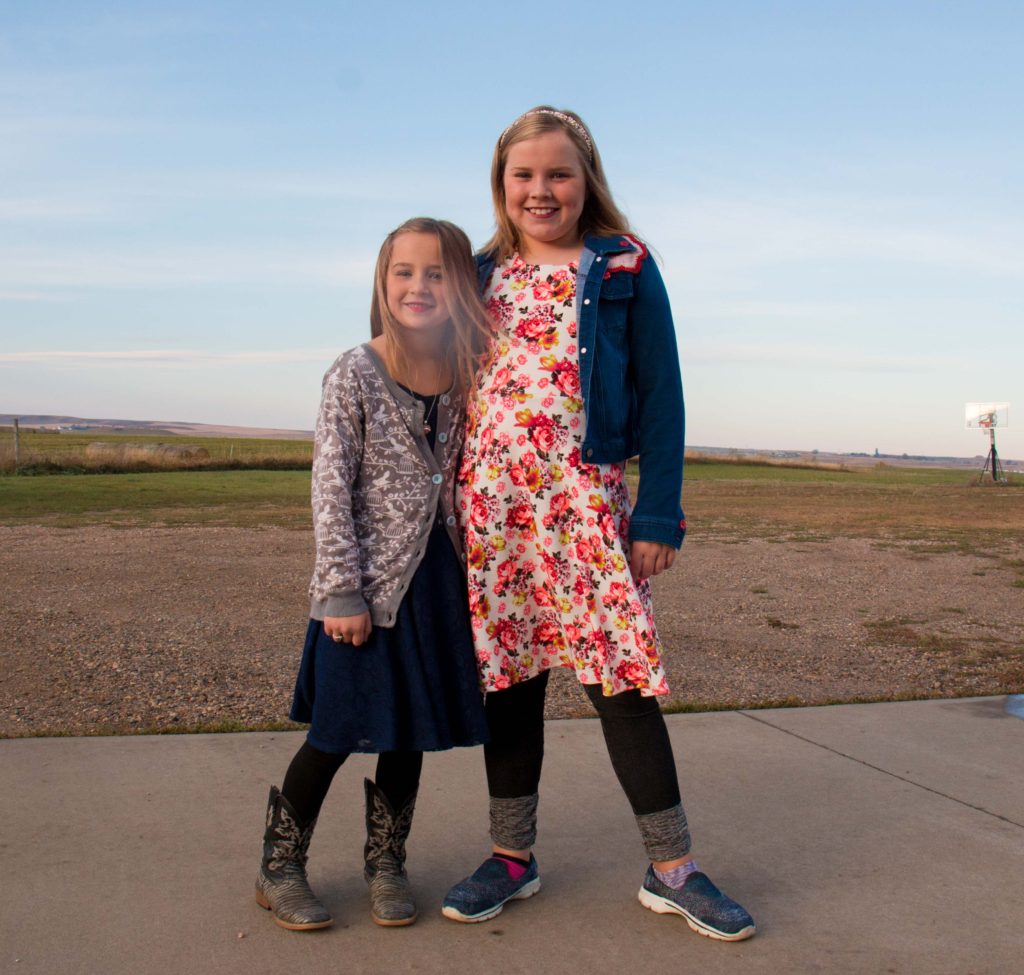 My girls learning freedom and democracy

Miss A voted for Donald Trump. Miss E voted for Hillary Clinton.Miss A was the one most interested recently in a woman being President of the United States. She asked about Presidents and wanted to know ALL of them. Last week I found a YouTube video of Presidents and fun facts about each of them. I also tried to sing the song Mrs. Eggers taught my class in Lincoln Elementary School in the 1980’s listing off each president to date in my childhood. Miss A wasn’t impressed but once she got through almost all of the 7 minute video, she looked at me surprised and said, “But there’s no girls!”

In the end, she voted for Trump. I questioned her on her “why” Donald Trump over Hillary Clinton.

“Hillary Clinton has already lived in the White House. Her husband was President just a little bit ago. And she lied. I saw it on the debate, Mom. She lied about those emails.”

Now Miss A knows little to nothing about the candidates but I said, “Do you think Trump will be a good President?”

“Well better than Hillary but probably not very nice. I wish there were more options.”

The school didn’t offer third-party candidates on the pretend ballot.

Then there was Miss E’s vote. She is a very conservative girl and her Hillary vote surprised me but I didn’t let on. Her reasoning was as sincere as she always is.

“Mom, I had to vote for Hillary. Every one in my class was voting for Trump. But you know (name of friend), her dad is from Mexico and she told me about the wall Trump said he would build. That would be bad for her to go back and visit her family there and they would have to pay for it! I don’t want a wall to Mexico! I do think Hillary should take turns and let someone else live in the White House. Bill might think he’s the President again! But Trump isn’t very nice so I voted for Hillary anyway. I think (name of friend) and me are the only ones in my class who voted for Hillary.”

We live in a red state, red state all the way in Presidential elections. There is no battleground in North Dakota unless you’re protesting at the Dakota Access pipeline.

I love my girls are learning democracy in school. I love their thoughtfulness. My stomach hurt a little at the harshness they have learned from this election cycle in America.

This is America and I am proud to raise a next generation in it.