What if your farm or small town disappeared?

If you wanted to show your grandkids where you grew up, would the house still be standing? What about your school and church—those places that gave you roots during your developmental years? One Saturday not too long ago, my mother-in-law, Carol, had the idea to take a road trip to Kulm, N.D. Actually, our destination, the Whitestone Battlefield of 1863, is a little south of there. It’s near where Carol lived until her early teen years. 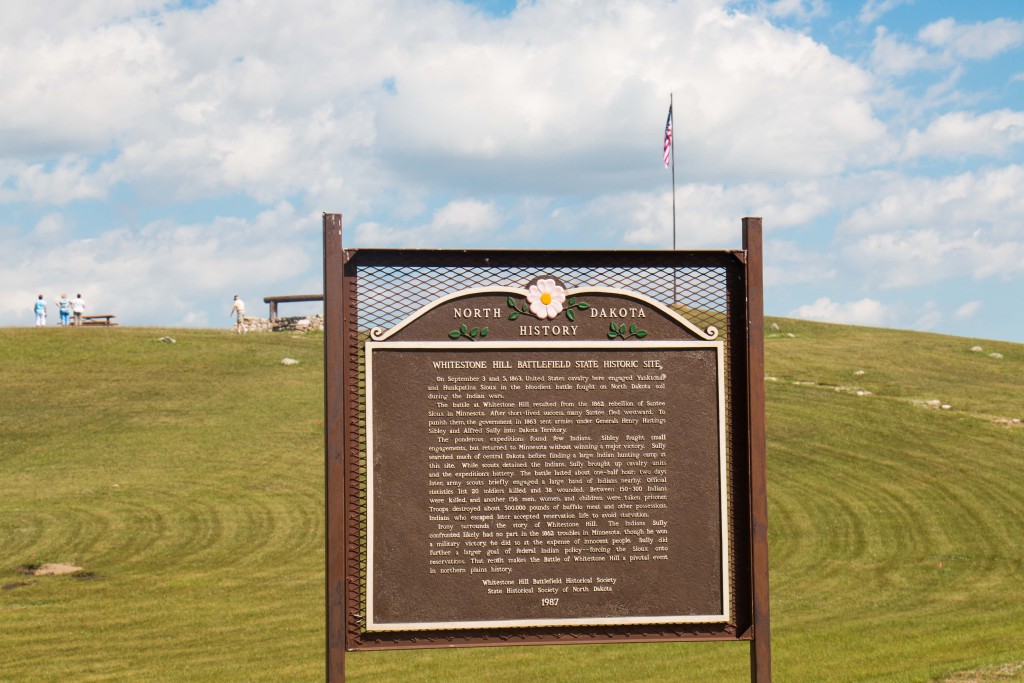 Whitestone marks the bloodiest fight in North Dakota, then Dakota Territory between the U.S. Cavalry and native Sioux Indians. Our son visited the battlefield on a field trip in elementary school and the tragic loss of life has stayed with me since then. As my in-laws, husband and daughters climbed the Whitestone hill, I was overcome by an eerie feeling and my stomach ached. 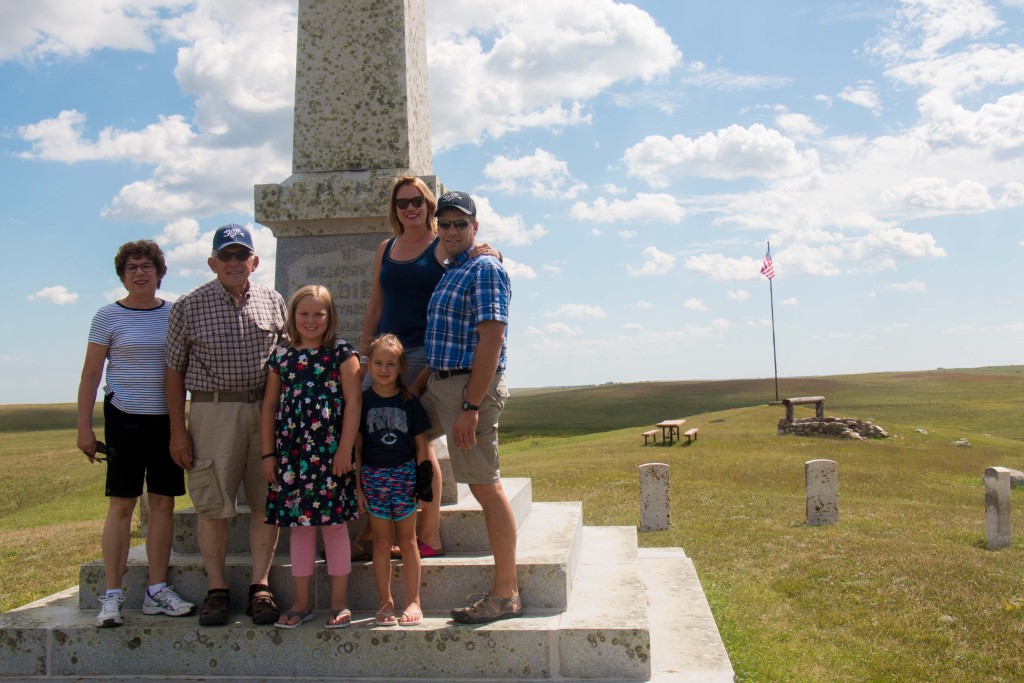 The Whitestone site is beautifully maintained by the State Historical Society. On this particular warm and sunny day, several out-of-state tourists were visiting the site. Two church groups were hosting picnics near the lake where hundreds of teepees once stood. My father-in-law pointed to the north, the direction of my mother-in-law’s childhood farm. As we left the historical site my husband suggested we visit the home farm. 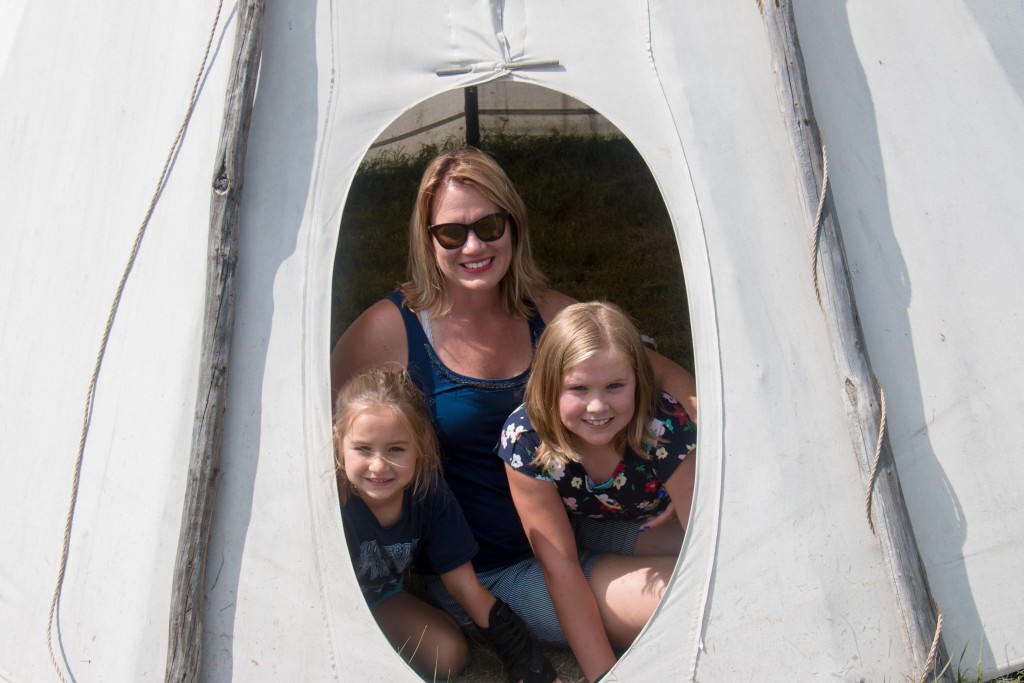 I enjoy family history, so we took the time to show our daughters where their grandmother called home when she was their ages. We drove down several gravel roads in Dickey County, mostly flanked with lush soybeans and tall corn. Some wheat fields had been harvested, while others were still ripening. 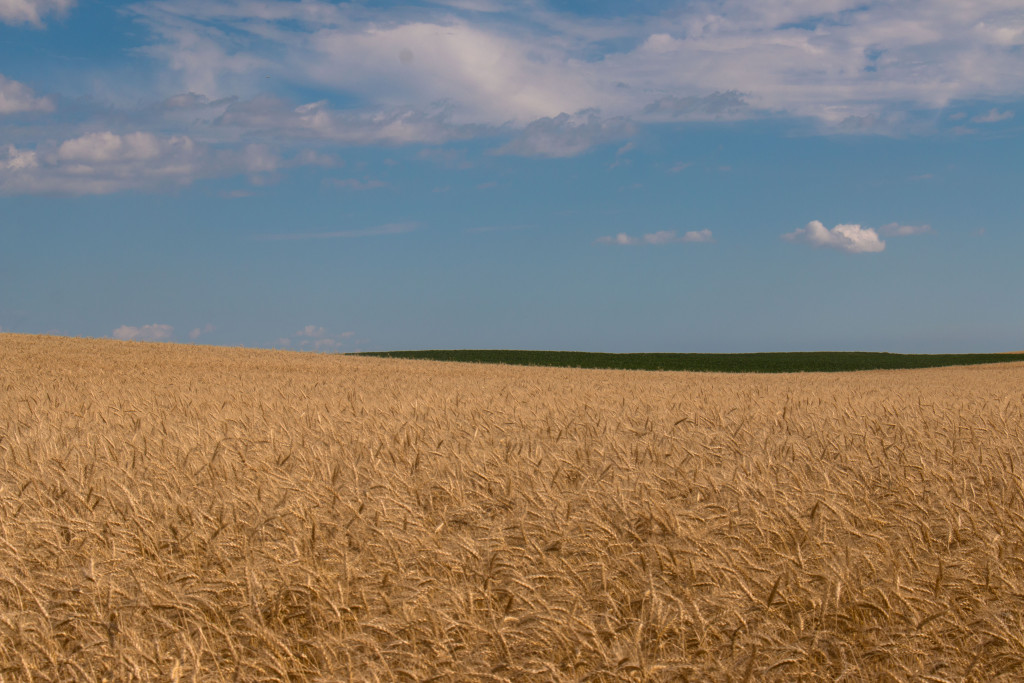 En route to the home place, my in-laws started talking about “Merricourt” and pointing toward the southeast. Before long we were in Merricourt—a virtual ghost town. Carol explained this was where her family attended church, where they shopped for groceries and where she and her classmates would meet once a year with other country schools to hold an achievement day. In the 1940s about 143 people called Merricourt home; one family lives there now. 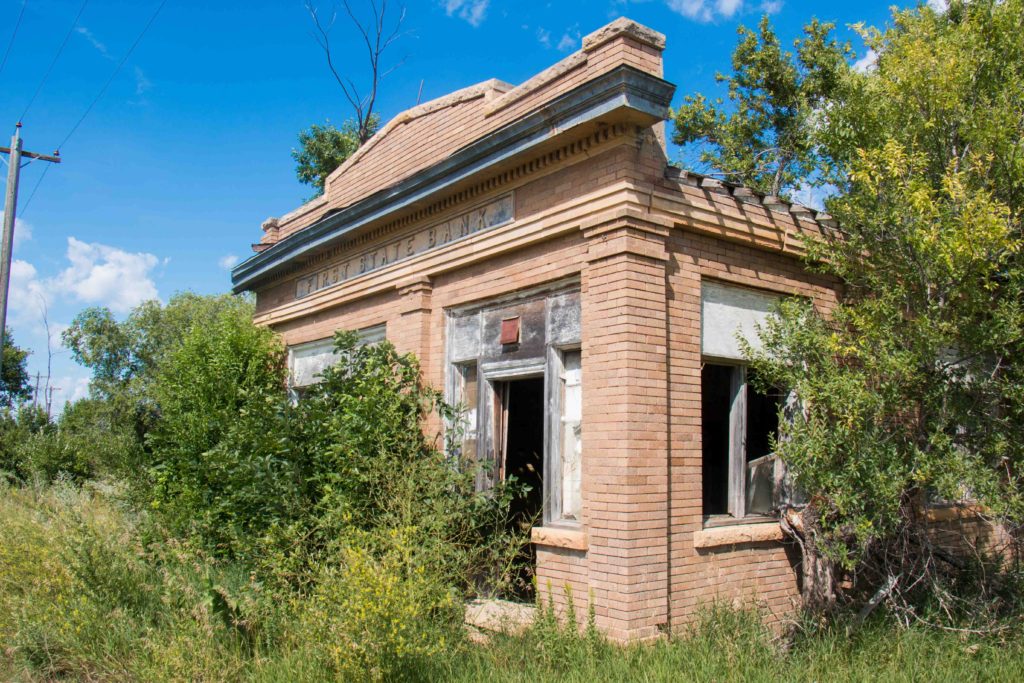 Of the remaining old businesses all that stands today is the abandoned church, auditorium, bank and elevator. There was a tinge of sadness in Carol’s voice as she pointed out those structures and where others no longer standing once stood. 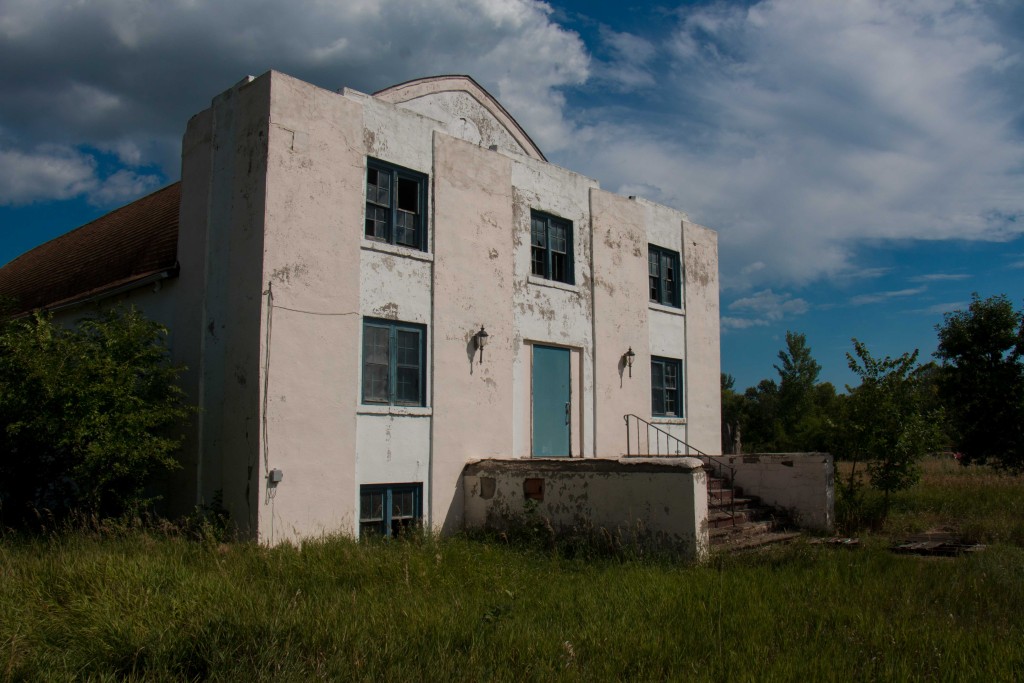 We left Merricourt and drove to Carol’s home farm, which she left when she was 13 to move to “town” in Kulm. Today, there’s nothing left of Carol’s home farm—we sat in an open pasture next to a wheat field. In fact, we never figured out exactly where the farmstead once stood. 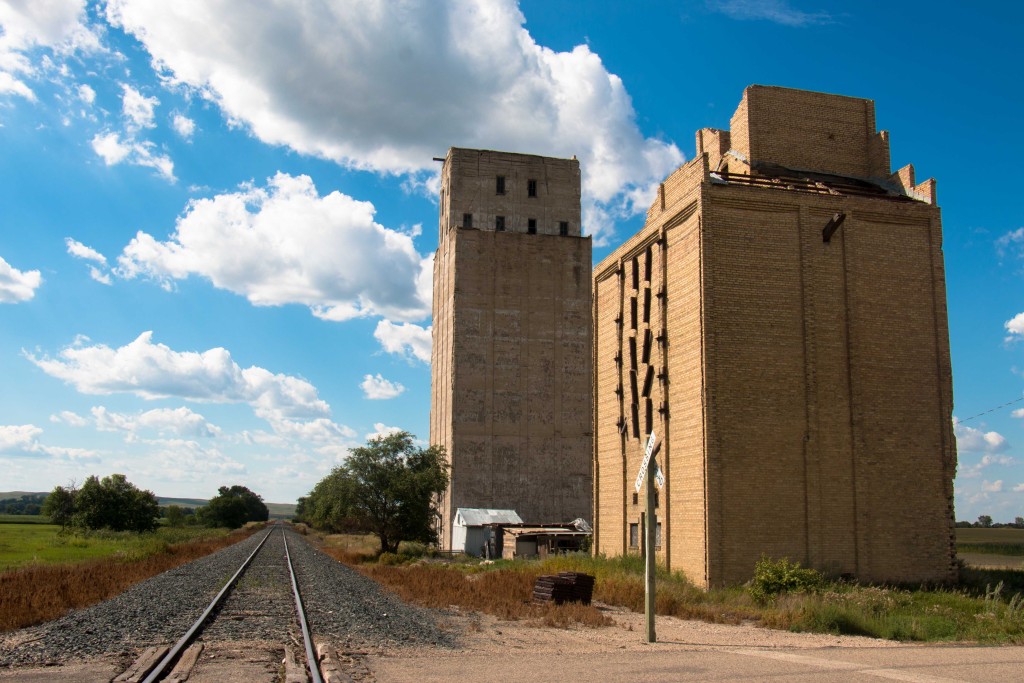 As we drove away, the stories continued to unfold. Carol talked about going to school or town by horse in the winter because of snow and having no running water. “People say it was the good old days. I don’t think so,” she said.

Farms have disappeared. Small towns have turned into ghost towns. Our afternoon of exploring Dickey County serves as a reminder we can’t go back, but we can fight for what we have today.

Someday, I want to be able to show my grandchildren a thriving small town where Nathan and I raised our kids and invested in our family businesses. I want my siblings, cousins and I to still have a home farm, where five generations have lived and farmed, to visit.

The agriculture industry and many rural economies are struggling right now. As a child raised in the 1980s when times were tough, there wasn’t talk of returning home someday to live and work. But nine years ago, Nathan and I did just that. We left corporate jobs and a big city to return to Wishek. The transition has gone better than we could have planned on paper or ever dreamed.

Is your farm, business and community positioned to survive for the next generation? I’m glad my in-laws took a risk and invested in a small business in their early 30s with a young family. I’m glad they encouraged their kids to get college educations. They positioned their business and kids with the future, not the past, in mind. And I’m glad they built a business and welcomed us into the mix nine years ago as we returned to raise our family in rural America.

I hope it all is not only standing but thriving to show our grandkids someday.

(This originally appeared as my Agweek column.)