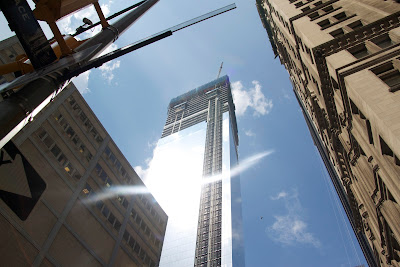 Last weekend on my visit to New York City I made a pilgrimage to the 9/11 Memorial. These photos are straight from the camera as I am playing catch up still at home and at work to really do them justice. However I have so many stories to share, I have to start sharing with imperfect pictures. 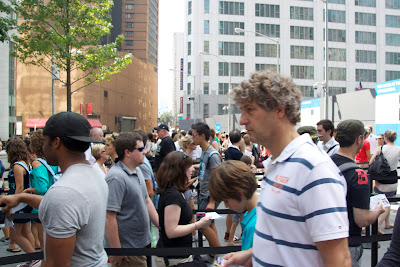 A visit to the 9/11 was not on my “to do” list or the famous “bucket list” that so many have of things they must do. But it seemed like the right thing to do. It was hot, sticky, chaotic and the lines were worse than any Disney World line. 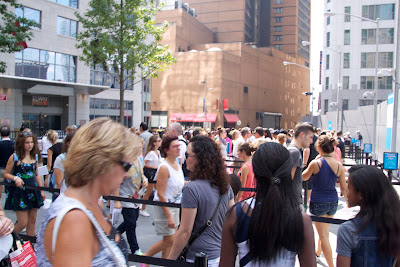 More than once, my friends and I considered turning around and going back to our hotel on the Metro. 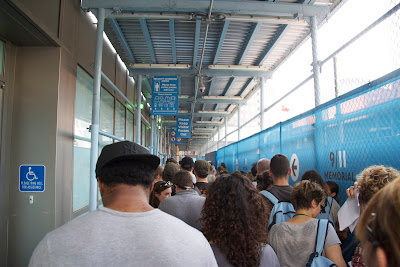 The lines never ended it seemed and I have no patience any given day but especially in the heat. Then we got to the front of the final line where we had already gone through several phases of passes and the attendant told us and another group we needed different passes and had to all the back to the beginning. 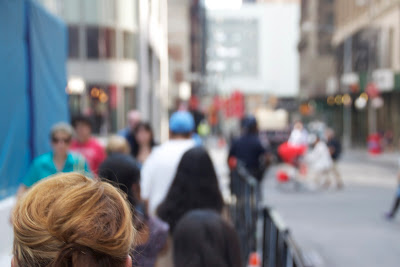 The manager in the white shirt paraded us all the way back to the beginning. I was flat-out of patience. I have seen memorials in my day. This could not be worth it, I thought. 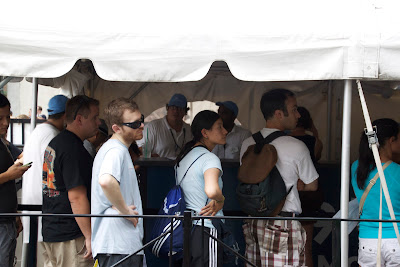 The manager handed us the correct passes and allowed us to move again to the front of the endlessly long waiting line. After passing through the airport like security, we were on our way. 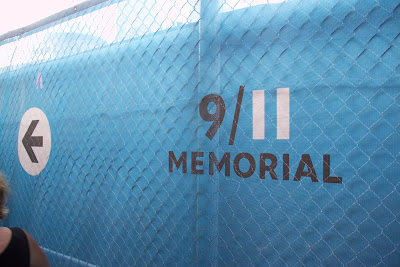 Every American alive and old enough to remember know what they were doing on 9/11/01 when the towers fell. There was a silence as we walked through the gated off area to reach the memorial. 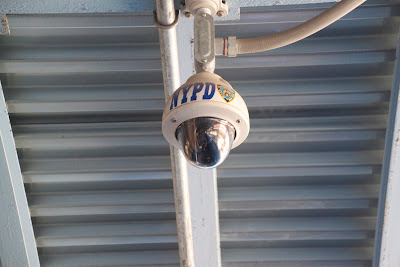 Every corner we turned we were being watched even after all of the lines and security check. It made me think of those that still would rather destroy us than see our nation thrive, those that would rather kill innocent Americans on American soil. 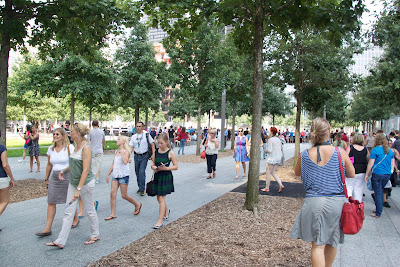 We entered the 9/11 memorial and walked towards the memorial area. 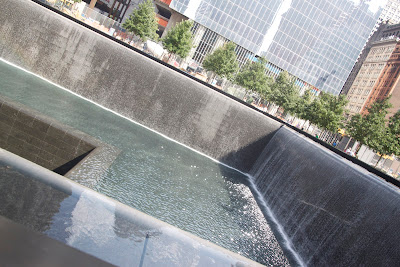 I listened to the water. I searched stranger’s names, pausing thinking of their families, their past lives. 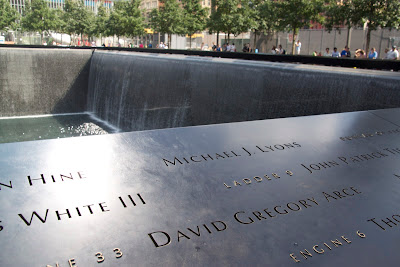 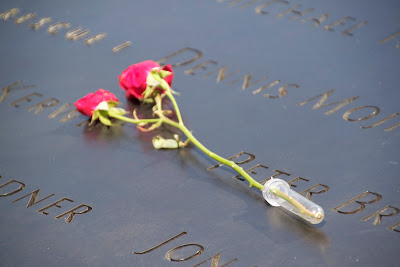 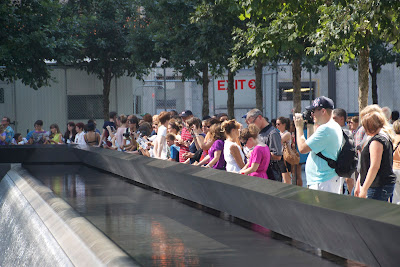 If you are an American, you need to visit the 9/11 Memorial if you have an opportunity. I remember seeing the Vietnam Memorial for the first time with my dad and my best friend, Sara. I was ten years old and Sara was twelve years old. We helped my dad find his cousin’s name on the wall. It was the first time I ever saw my father cry. 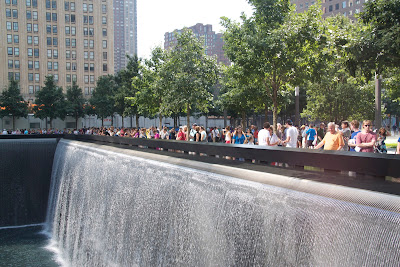 I didn’t understand at age ten why my dad was crying at the Vietnam Memorial. I didn’t understand why thousands of people were visiting a black wall with names etched into it. I knew they represented names of deceased Americans.But it was of my parent’s generation. It was not of mine.

But it was of my parent’s generation. It was not of mine. 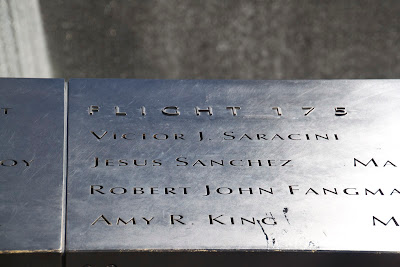 As I walked along the 9/11 Memorial, I saw Flight 175 etched. I paused. I have flown hundreds of flights. Hundreds and hundreds. I have always been safe.

I stood in silence to honor and remember those that boarded Flight 175 and never came home. Then next to me, on my left came a man who put water in his hands and put it on Amy R. King’s name. He was emotional. Two sets of arms wrapped around him. I didn’t move away and kept looking ahead at the water. They said a few things to each other about how it felt good to put the water on her name. The man and two other more elderly people walked away in emotion. Amy was important to them.

I turned to walk away, towards my friends when I glanced to the left. There was a Kathryn L. I have had the initials KLL most of my life. Kathryn L is still my name. There was a woman on Flight 175 with my shared and similar name. Did she go by Kathryn I wondered? Or was she Katie like me? Was she traveling on business? Did she have kids? Where was she from? How did her family find out the news? Have they been to the 9/11 Memorial? Have they put water on her name? 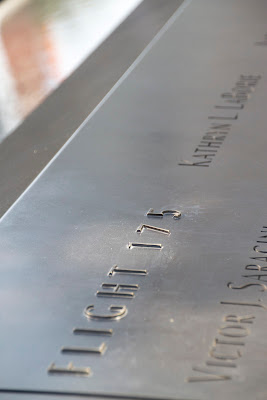 My mind raced about Kathryn L. Then a peace came over me. Amy King’s loved ones had already shown me what to do to honor the woman lost in Flight 175 with my shared first name and initials.
I touched the water and put my fingers to her name, Kathryn L.
There is very little we can do about the past but to remember it, honor those who have lost their lives, never forget and rise up to share our voices to make sure our freedoms are kept.
What memorial has impacted you the most in your life? Have you visited the 9/11 Memorial in New York City?