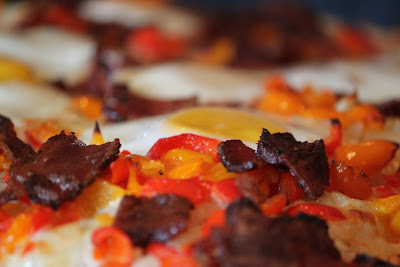 I opened my new Pioneer Woman “Food from my Frontier” cookbook to actually cook from it and not just read it like a far off dream. Breakfast pizza sounded like a perfect brunch. I’ve never seen this on her blog. It’s a reason indeed to buy the cookbook! 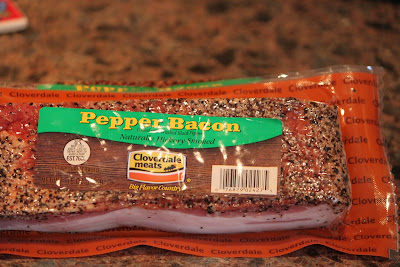 Of course, it has pepper bacon on it. I have a “bacon tooth” as my farmer friend, Brent of 4G Farms termed. If the recipe has bacon in it, on it, wherever…I will love it. 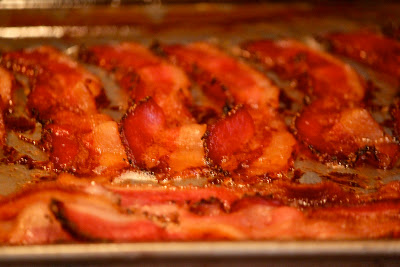 Pioneer Woman’s Breakfast Pizza
Ingredients:
1 pound thick cut peppered bacon
3 cups frozen hash browns
2 TBSP canola oil
3 diced bell peppers (I used the mini peppers, red, orange and yellow.)
Pizza Dough (I used 2 store bought packets you mix with water or make Pioneer Woman’s homemade pizza dough)
1 cup salsa (She called for 1/2 cup but I used 1 cup and it was perfect.)
12 ounces fresh mozzarella, sliced (I used deli slice mozzarella because fresh mozzarella is a novelty rarely found on the remote prairie in my one and only but much appreciated grocery store.)
8 large eggs (I used 10 eggs.)
Salt and pepper to taste (I also added just a bit of cayenne pepper to the hash browns.)

Preheat oven to 475F. Place oven rack on the lowest position, according to PW’s directions.

I baked 1 lb. of peppered bacon. While the bacon is baking or frying…add 1 TBSP of canola oil to large frying pan or skillet… 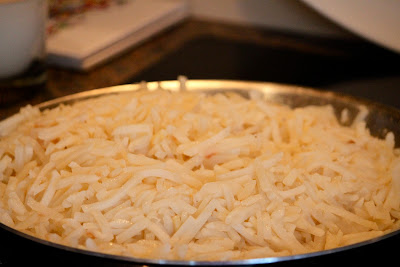 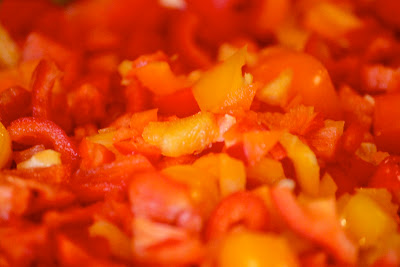 Then I fried the diced peppers with 1 TBSP canola oil on medium heat for 5-7 minutes. Set aside is what PW said. I listened. 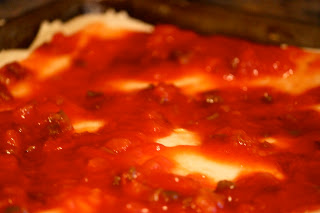 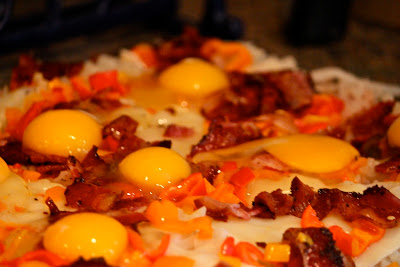 Evenly distribute the fried bell peppers and the bacon. Then crack the eggs in a fun fashion. Sprinkle with salt and pepper. 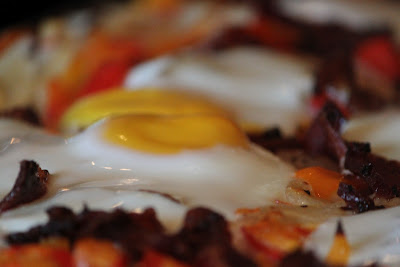 Bake for 13-15 minutes, or until the crust is golden brown, according to recipe directions. I baked for 15 minutes. The eggs were perfect. 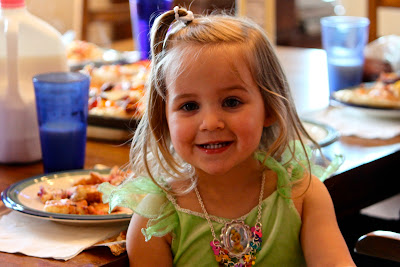 Breakfast pizza was cut and served immediately to princesses at our house along with a starving like a pack of wolves teenager and big appetite husband. 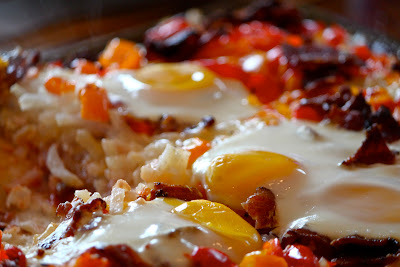 This is a big recipe and serves 8-10 people. We had leftovers which Nathan had for lunch today. This is definitely going to be a recipe I will be serving for family gatherings and on weekends for family brunches.
Now onto more cooking in “Food From My Frontier” from the Pioneer Woman. Have you cooked Pioneer Woman recipes? What’s your favorite recipe?
Linking up with Beyer Beware for Hunk of Meat Monday: