The Marilyn Hagerty news stories have dwindled. Her limelight is fading. But she shouldn’t be forgotten in the waning winds of social media. It was reported yesterday that “Marilyn Mania is not fading” by the Grand Forks Herald but I know it will. There are talks of book deals and next week Anderson Cooper will visit with her on television. But Americans are fickle. Pop culture icons come and go. But I don’t want Marilyn Hagerty leaving the pop culture headlines with out remembering the impact she can have on all of us, a much greater impact than any pop culture star has had on most of us.

Did you miss the Marilyn Hagerty headlines? That she snubbed Jay Leno? Didn’t see her on the Today show, Piers Morgan, read about New York City invitation to visit to Le Bernardin or read the Wall Street Journal (specifically written by her son, a columnist for the newspaper), When Mom Goes Viral?

Marilyn went “viral” in social media a few weeks ago when she wrote her traditional Eat Beat column in the Grand Forks Herald about the long awaited Olive Garden coming to Grand Forks, North Dakota.

The media tornado that followed took me back to my childhood through present day. It has played out many life lessons for me.

Most days of my childhood when there wasn’t a pile of snow outside I have a memory of a distinguished, taller woman walking by our house with her weiner dog on a leash. I knew her as who she was Marilyn Hagerty, the local columnist for the Grand Forks Herald. I read her columns every day they were printed. Dear Shirley was her weekly letter to her sister that was my favorite.

We lived near “the river”. Yes the river that flooded my family right out of town 15 years ago, the Red River of the North. She lived down the road, around the corner on Cottonwood. Mrs. Hagerty was a loyal University of North Dakota (UND) Fighting Sioux basketball fan. My dad had his glory years just a couple years before I was born as a standout basketball player at UND. Marilyn loved to stop and visit with my dad. She always said a polite hello to me. I thought she was different than other ladies of her generation. She had a confidence and grace about her I desired.

Now, important to know, if you grew up in Grand Forks like I did, the lack of Olive Garden was a big deal. Fargo had Olive Garden. We did not. Fargo is bigger. Fargo was somehow better because they had Olive Garden. Rumors swirled for two decades of when Olive Garden would arrive. Then finally the day arrived. Olive Garden knocked down an old movie theater and build up a new restaurant. Grand Forks, just 75 miles straight north of Fargo on the Minnesota/ North Dakota border and about 150 miles south of Winnipeg, Manitoba had finally comes into its own chain restaurant fame.

Naturally, 85 year old Marilyn Hagerty who has been a columnist for 50 years set out to write her Eat Beat food column on the much anticipated Olive Garden.

If you followed the last few weeks of headline news, Marilyn Hagerty should have left an impression on you. Not from the chicken alfredo or breadsticks but from her dignity, confidence and grace. The same traits I admired of her when I was a young girl observing her.
And if she hasn’t crossed your mind or has yet to impress you, here are five lessons Marilyn Hagerty should have taught you through her couple weeks of social media fame.

1. You are never too good to eat at Olive Garden. First, Marilyn was sneered and snickered at by the media. It was tweeted and shared on Facebook. Affluent Americans tend to point fingers at food choices. Are we too good to eat chain restaurant food? Absolutely not. Foodies actually came to Marilyn’s defense and appreciated her positive, upbeat attitude. She gave a warm review to the newly opened restaurant which is what she always does.

2. Be welcoming. When a new local business opened whether it is owned by a corporation or your neighbors down the road you have to make decision whether you are going to support it or not. Marilyn welcomed The Olive Garden to town. It was long awaited. It filled a niche in her community. We all can learn to be more welcoming of businesses that bring new offerings to our communities and bring new job creation to our communities rather than negatively share why this business will fail or be negative for our community. Be welcoming of new businesses (and new people) with new offerings and new ideas. 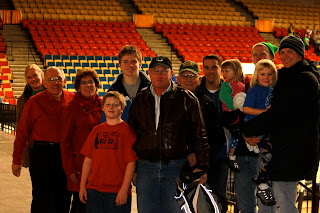 4. Be authentic. That confidence I admired from as a young fan of Marilyn’s? It was real. At age 85, she found stardom from simply sharing the way she has for 50 years, by authentically writing. I have seen enough life to usually know a fake or read a fake. Some seek fame. Some seek fortune. Some would rather bring you down than see you built up and find success. But some people are real and you can sense that from them. That’s Marilyn. She’s real. She didn’t change or sway in all the years I read her columns. And she didn’t change when the media came knocking at her door.

5. Be prepared. The Olive Garden wasn’t prepared. They denied interviews in their restaurant originally with local news media. Then big news media came knocking. They had to fly a corporate communications manager up from Florida to handle the situation. Any business can learn to have a plan. Media attention can play in your favor or it can backfire. Take the opportunity to tell your story when the media puts a microphone in front of you and starts rolling the camera. Marilyn was prepared. She could answer questions and do interviews from her home. Eventually, Olive Garden was ready to allow interviews in their restaurant. Marilyn didn’t need talking points or interview preparing. She speaks just as she writes, honestly, authentically and from the heart.

Pop culture will continue. Social media will have new stars. But my home state media matriarch has won the hearts of millions. I hope she can leave a tiny legacy at least for people to appreciate the businesses in our communities, welcome them, remember to engage offline and not get so wrapped up into what people are saying online, to be your authentic self and always be prepared to tell your own story. 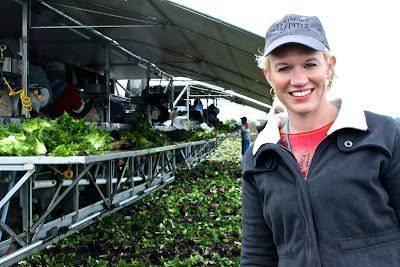 Marilyn would tell me to play bridge. Maybe one day I will learn. For now, I will continue on being that “sounds like a dirty word” blogger.

Have you followed “The Marilyn Mania”? And what’s your favorite thing to order at Olive Garden? Minestrone Soup is my favorite.
Pin It