At my small town wedding shower that was held in my hometown church basement…four years ago…everyone attending was asked to bring a favorite recipe.
It gave me a box of recipes from all the local ladies, family members and friends who I love dearly and most importantly regarding the recipes, they all can cook.
Last week I was reminded of Cheeseburger Soup by Debbie on Life On A Kansas Ranch and remembered in my treasure box of recipes I had a recipe for Cheeseburger Soup I had never made.
With fall officially here, soup season has arrived and I decided to try it out the recipe from my treasure chest.
Of course our seasons are never predictable on the North Dakota prairie.
We have had snow, rain, wind and cold temperatures in September after a crazy hot and dry August. But this week it gloriously feels like summer again, at least during the mid-day hours…when I am not outside but instead looking out the window from my home office. The Indian Summer warms my soul…and my toes and the Cheeseburger Soup added to my warmth this week. 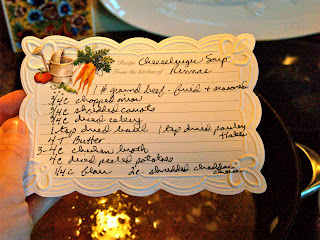 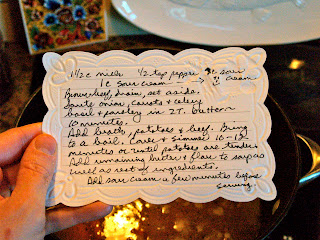 My husband and son are meat and potato guys. Add milk, sour cream and cheese to meat and potatoes and they are sure to love it.
I had added a heavy dash of Cajun salt-free seasoning to my bowl because I like strong flavors. Debbie also had topping suggests on her blog and recipe that I will try like cilantro, bacon bits and a dollop of sour cream. 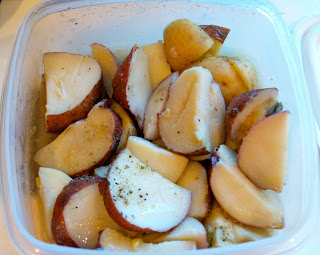 I had these left over potatoes from supper the night before and chopped them up along with four fresh potatoes. I didn’t peel them like the recipe called for…because let’s face it…I don’t really peel potatoes unless it is a holiday and my grandma is watching me. Sorry Grandma.
I also didn’t shred the carrots. I chopped them. I am such a recipe rebel rule breaker. 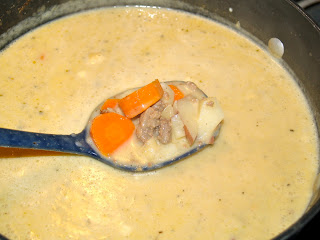 I made a double batch of Cheeseburger Soup so when the snow does indeed fly we can pull some from the freezer and have a quick meal of it before a winter basketball game of Hunter’s. 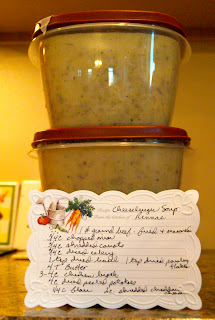 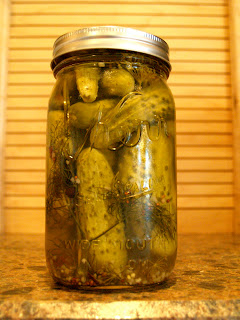 I pulled out a jar of fresh pickles from the fridge to serve on the side of the soup. My first ever pickles have turned out to be a success. If you come to the prairie to visit me, you are sure to be given a jar. First come, first served. They are flavorful, crisp and addicting…in my humble pickle eating opinion and really tasty with Cheeseburger Soup. 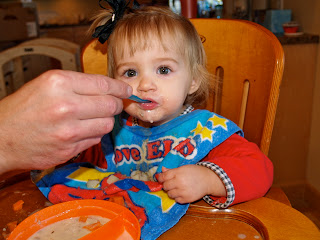 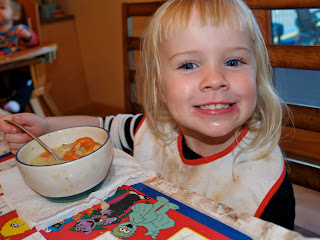 Cheeseburger Soup was a hit all around and certainly is becoming a soup staple at our house.
What’s your favorite soup to make?