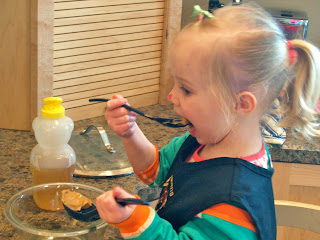 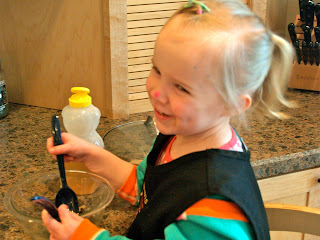 I intervened and said she could help me cook. I had the ingredients out to make a new Pioneer Woman recipe but Miss E overruled and said she wanted hotdish.
Now I learned as a freshman in college that people in other parts of the world don’t eat hotdish. My roommate from Georgia and suitemates from Ohio and New York were clueless to hotdish. They make and eat casseroles but were in the dark to hotdishes. In the dark until I gave them a good hotdish education.
You see on the prairie we eat hotdish as a family meal, at church potlucks and every funeral has an array of hotdishes. The term casserole is used in our vocabulary. It is mainly a pan or dish that you could put your hotdish in or sometimes a casserole is a side dish to a main meal. But hotdishes are not the same as casseroles on the prairie.
Hotdishes mostly contain meat, a frozen or canned vegetable, maybe an onion or onion powder, salt and pepper, creamed of something condensed soup like chicken, mushroom or celery (I buy low fat and sodium versions) and then a starch such as pasta like bowties, elbow macaroni or rice or potatoes…or riced potatoes. Really.  I try to be a “healthier when possible” cook so I use whole-wheat pasta and brown rice. My kids have no idea how much fiber and whole grain I am sneaking into their diet.
Meat, vegetable, soup, starch. There you have hotdish. It is a main course and served at every household and church I have ever known across the upper Midwest.
Somewhere there is a hotdish/ casserole border crossing.
I think it is dotted through Nebraska into Iowa up into Wisconsin. No where south of that crossing do they make hotdish.
None of my co-workers in Kansas City knew what hotdish was until they had this week which you read about on the Griggs Dakota blog.
And I know Martha Stewart doesn’t know what hotdish is because I once heard her say she didn’t know about creamed soups. Cream of Mushroom soup is staple in pantries of prairie cooks. I don’t relate well to Martha. I try to buy her magazine in airports sometimes and recently used one of her Easter decorating ideas but until I have a host of assistants like Martha, I won’t be on the same page as her. 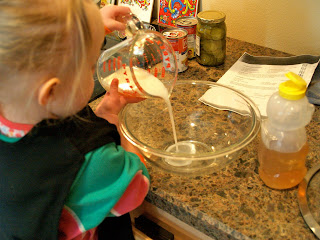 Needless to say, Miss E is not going to be Martha. At least she won’t learn from me. Back to hotdish. 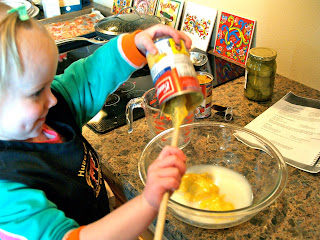 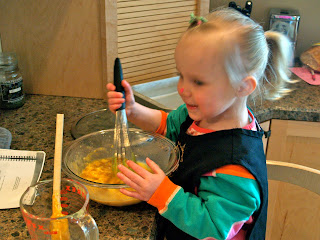 So we whipped up one Hunter and E’s favorites recipes we got from Nana. We made Cheeseburger Fries hotdish instead of my planned Pioneer Woman meal.
E stirred together milk with a can each of Golden Mushroom and Cheddar Cheese Campbell’s soups while I browned two pounds of extra lean ground beef, adding some onion and garlic to it for flavor.
Go onto Google and simple type in Cheeseburger Fries Casserole and you will get similar recipes to what we made. Only we add a couple additional ingredients at the end that I will show you. 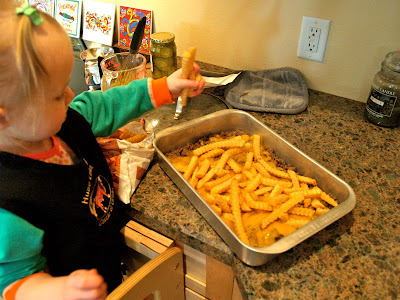 Ingredients:
2 lbs. browned, lean hamburger
(1) 10 oz. can Golden Mushroom condensed soup
(1) 10 oz. can Cheddar or Nacho Cheese condensed soup
1/2 cup milk
1 tsp. minced garlic
(1) 20 oz. frozen french fries
1/2 lb. bacon, cooked and cut into 1″ or smaller pieces (I make l lb. for snacking or just top it off with extra bacon. No one complains about extra bacon.)
2 cups cheddar cheese (or extra cheese)
10-12 (or more) dill pickle slices (I go heavy on pickles just like I go heavy on the cheese and bacon.)
Preheat oven to 425F. In a large skillet, brown the hamburger on medium heat, drain off an excess fat and return to stove. Turn down heat. Mix in soups, milk and garlic. Spray a 9″x13″ pan with non-stick cooking spray and pour in meat mixture. Top with French fries. Bake uncovered at 425F for 25 minutes. Top with cheese, bacon and pickles. Bake an additional 5-7 minutes. 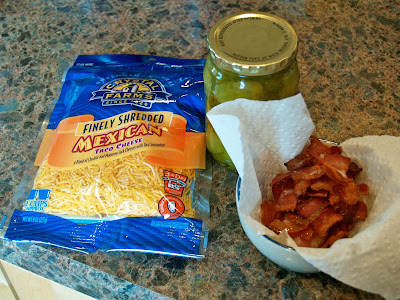 Hotdish of all types are simple, easy and  yummy which is just what we need at times to create a family meal.
I threw in a steam bag of fresh green beans into the microwave while this was finishing so we had more than pickles as our vegetable.
Miss E thinks she is quite the cook. Even if Martha doesn’t think it is gourmet, we are fed and happy eating hotdish, not a casserole, on the prairie.