It is still winter on the prairie. Oh so the calendar says. We often have March blizzards. I grew up with this being track season but it’s INDOOR track season because there are always snow banks around in March. But this past week indoor track meets were moved outdoors. A tiny slice of me wished I could go compete just for the rush of March outdoor track meets. I usually competed in cold track meets in April and May. Layers of attire to block the wind and sometimes there were snow flurries in the air.
But this weekend proved glorious summer days can happen March! Records are meant to be broken and we reached 81F on Friday and right around that Saturday and Sunday. We soaked it all in at a favorite location… 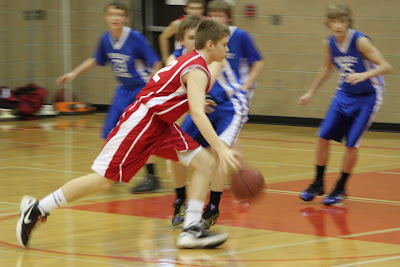 a gym.
Yes we have spent a few nights a week since November in a gym watching Hunter play basketball. The school season ended in late February. Spring traveling team basketball kicked off this weekend. But the games were Bismarck “the big town” where we got to celebrate my friend Lora’s birthday and have our own birthday celebration for Nathan with my parents and brothers joining us. We spent one night in a hotel which led to a lot of swimming for Nathan and the girls.

Today, Anika and I visited my friend DakotaPam’s church where her husband is the pastor. Before the tournament’s championship game, Nathan and I took the girls to a local park to soak in the sun. A mom at the park complemented me on the girls’ dresses. I laughed because they are last year’s and my mom made them. I get no credit other than for washing and packing them. 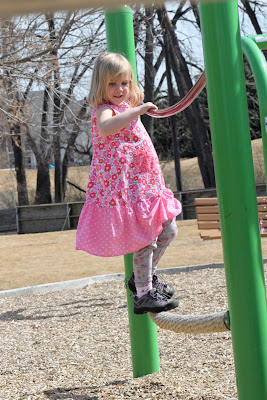 But seeing the girls in the dresses did make it feel like and look like summer! I didn’t have any time today to edit photos. These are just a few snapshots. 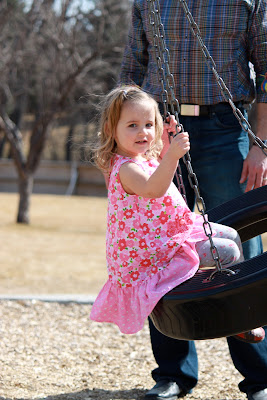 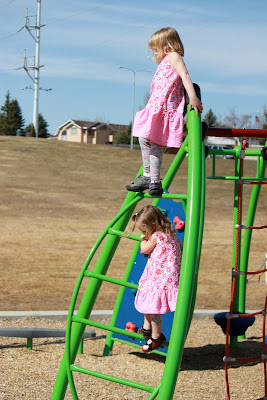 We could have spent hours at the park but at least a visit was squeezed into our family fun weekend. 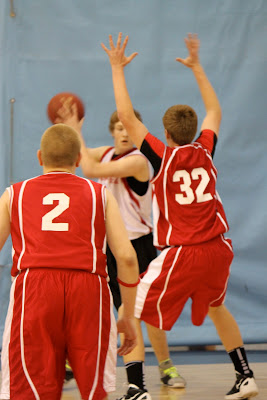 We headed back in the gym this afternoon during what normally are lazy Sunday afternoon nap hours. Instead it was an intense game and no naps! 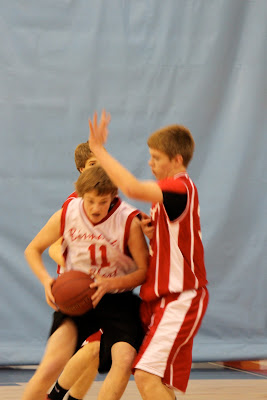 Hunter played well but most importantly the team won the championship! It made the sunny Sunday drive home even more enjoyable. Before we were even unpacked at home, Miss E had Daddy out helping her fly her new kite that was on clearance at TJ Maxx. Miss A, Miss E and I combed the store for bargains and this was Miss E’s decided upon treat for herself. She was determined to make sure the elephant kite debuted on the prairie. 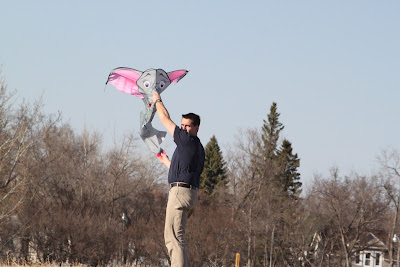 Miss E took 143 photographs on my camera to document the kite flying process and debut. I downloaded them all tonight.
There is a reason why the elephant kite was on clearance! But thankfully the daddy of our house is extremely patient and worked a long time to make it fly to appease Miss E. 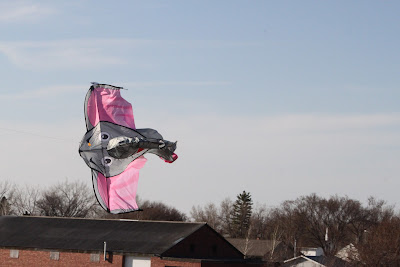 The elephant only flies to the left and not for very long, even in our constant prairie wind. But regardless, flying a kite on a mid-March record setting high temperature day is a memory to last forever.
What are you doing to enjoy the Spring/Summer weather?